Where is Ibiza located? 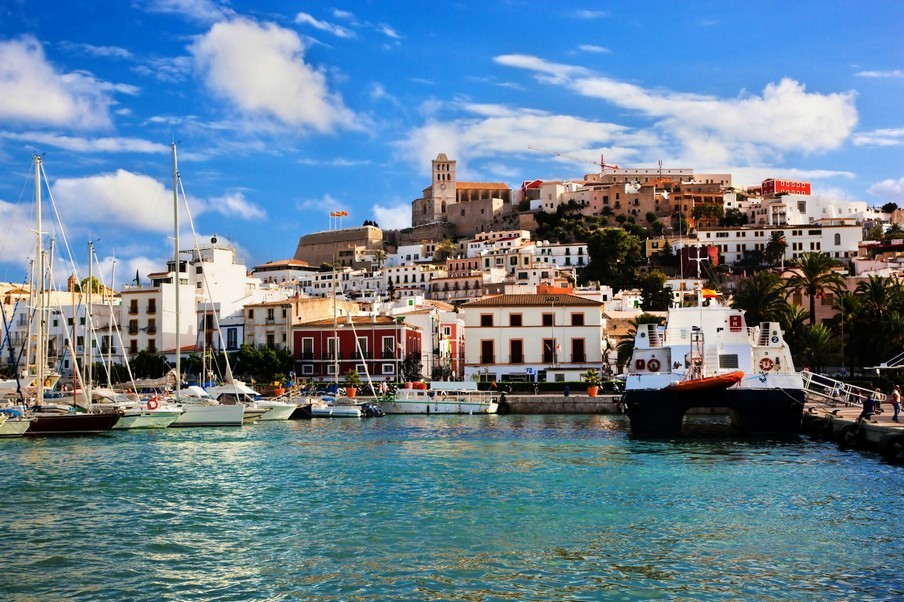 Ibiza is an internationally renowned resort that attracts a considerable number of tourists every year from all over the world. First of all, the island is famous for its favorable climatic conditions, beautiful beaches with clear water, groves with ancient trees, architectural ensembles, pristine nature and active recreation in the clubs. But where is Ibiza located? Read on…

Tourists vacationing in Ibiza, note the developed infrastructure, friendly attitude of local residents, peaceful atmosphere and the ability to organize their leisure time regardless of wealth or age.

Where is Ibiza located?

The famous resort is an integral part of Spain and is considered to be the largest island of the Balearic archipelago, located in the waters of the Mediterranean Sea. The distance from mainland Spain is 100-110 kilometers, and from Ibiza to Africa the distance is about 200 kilometers.

With an impressive area of 570 square kilometers, the island extends to a length of 40 kilometers, and its width varies from 12 to 15 kilometers. Most of the territory of Ibiza is occupied by dense coniferous forests and a variety of resort areas, created in accordance with international tourism standards.

The capital of the island, located on the top of the hill, has the same name and its history goes back several millennia.

The beginnings of Ibiza are considered to be 654 B.C., when the first mariners to Carthage landed on the uncharted island. The travelers later became local residents of Ibiza, who subsequently erected the port of Ibusim, which is considered the original origin of the name Ibiza.

From 123 B.C. the island became an official colony of Rome, and a few decades later joined the Roman Empire. Ibiza was colonized by the Byzantine Empire in the latter half of the 6th century, after which the island was conquered by the Arabs in the early 10th century, greatly influencing cultural traditions that are now reflected in Ibiza’s architecture.

The era of Arab culture came to an end in 1235 and religion, Christianity, was officially proclaimed on the island. From this period and up to the present day, Ibiza is considered to be a Spanish territory, which has largely shaped its cultural heritage.

How to get to Ibiza

If you are planning a trip to Ibiza, where there are many attractions and iconic clubs, the best option is to buy in advance air tickets from Russian metropolitan cities to the international airport, located at a distance of 7 kilometers from the island.

After arrival you can reach Ibiza by cab between eight in the morning and eleven in the evening. The cost of the trip is acceptable and is about 20-25 euros in one direction. Note that in the summer the number of charters and other flights to the island increases significantly, as most tourists want to relax on the amazing island at this time.

Tourists who start their journey in such Spanish cities as Valencia, Girona, Madrid and also Barcelona, prefer to get to Ibiza by ferry, because it’s not only convenient, but also gives a unique opportunity to get a closer look at the picturesque seascapes. The price of a single trip varies from 45 to 70 euros, which is considered a very democratic way to get to the island in comfort.

The most developed type of tourism on the island is beach tourism, which implies the existence of areas equipped in accordance with international standards. Not far from the capital of Ibiza is located 3 major beaches, known for their snow-white sand, high level of safety and established infrastructure.

For a relaxing holiday in a tranquil atmosphere perfectly suited to the beach Talamanca with its diverse nature and extensive coastline. Visitors note that the beach has some of the best conditions for tourists who want to spend time away from the noise of the city. People come to Talamanca, as a rule, to admire the amazing sunset, which from this point of Ibiza is particularly beautiful.

Family lovers can settle in at Playa Den Bossa beach, which combines the turquoise water and clean shoreline with shallow water. While on this beach, you can not worry about safety, due to the fact that his territory around the clock on duty lifeguards, who are always ready to help. Also in Playa Den Bossa you can see a lot of young people involved in surfing.

At a distance of about 3 kilometers from the center of Ibiza was created no less popular beach called Ces Figueretes. The beach is famous for its many cozy coves, separated by natural stone fences and a well-kept alley, along which are built restaurants, cafes, bars, souvenir shops, etc.

Almost every tourist who comes to Ibiza is sure to visit clubs, because electronic music of different directions is perceived by locals as an integral part of youth culture. Among all the clubs in Ibiza are Amnesia, Space, Pacha Ibiza and Privilege.

The management of the clubs is focused not only on the development of electronic music, but also on the preservation of the already existing musical experience. The club industry offers its visitors to plunge into the world of modern music, to take part in original theme parties, to dance to inflammatory melodies, and also to enjoy the performance of world-famous DJs.

All clubs in Ibiza have innovative equipment, allowing visitors to see unusual laser-light shows on a huge screen, accompanied by interesting sound effects.

Despite the fact that the island is traditionally considered a citadel of club life, tourists are not only visiting the local entertainment facilities, most of which are included in the list of UNESCO. The key cultural heritage of Ibiza is a medieval castle, erected in the 12th century for the purpose of defensive construction. Nowadays there is a museum in the castle, known for its rich exposition of archaeological finds.

The architecture of the island has been greatly influenced by the Arab and European traditions, so in the streets of the capital of Ibiza you can see examples of architecture, combining a variety of architectural directions. The Cathedral of the Immaculate Virgin Mary is an inimitable example of Renaissance art, as can be seen in the building’s exterior and original decorative elements.

On the island there is also an ancient cemetery, necropolis, park complexes of marine themes, original monuments, and the eastern part of Ibiza is decorated with a century-old Moorish settlement, which has preserved almost pristine appearance to the present time.

Previous article
Things to do in Hong Kong
Next article
Thailand Trip Cost: How Cheap Is Thailand