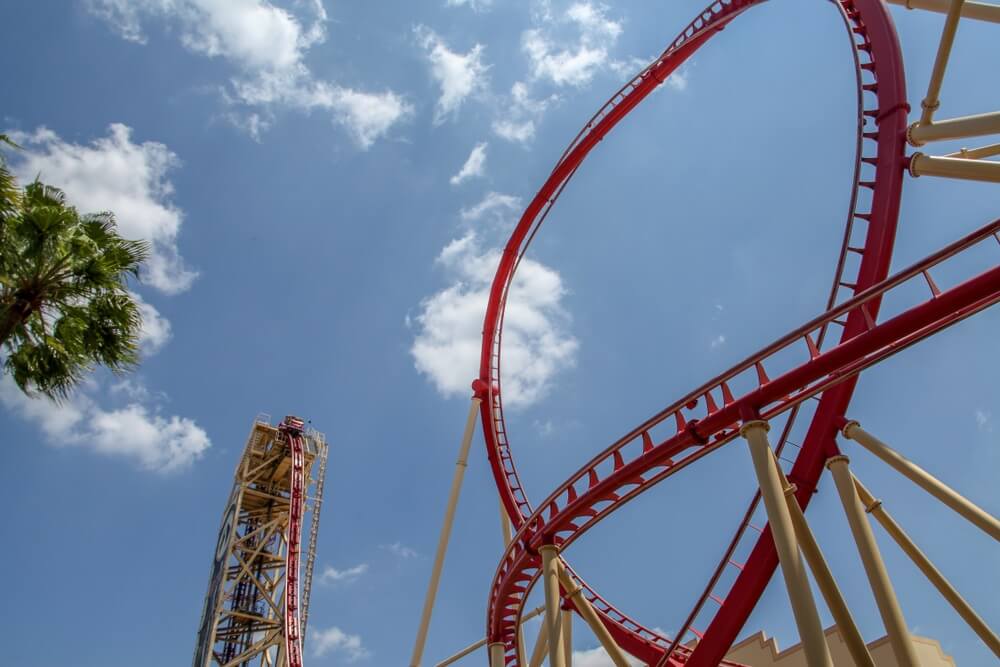 Orlando, also known as the world amusement park capital, has so many different parks that it is hard to make a choice. But really, there is only one rule to remember: the best theme parks in Orlando depend entirely on your own interests. Movie buffs choose Disney’s Hollywood Studios, while thrill seekers choose Islands of Adventure. In addition, there are also plenty of choices for animal lovers, such as the beautiful animal kingdom. In short, enough opportunities for everyone. Check out Orlando’s top 10 theme parks here and choose what suits you best.

The king of all amusement parks in Orlando is Disney’s Magic Kingdom. The beautiful Cinderella Castle welcomes you as you enter the park. The park was originally opened in 1971 and has six different themed areas that make you feel like you are on a real adventure. Classic Disney favorites like It’s A Small World and Dumbo are still there, as are new rides like Seven Dwarfs Mine Train. Kids can also take pictures with some of their favorite Disney characters. This park is suitable for the whole family.

If excitement is what you’re looking for, Islands of Adventure is one of the best theme parks in Orlando. Particularly famous in this park is the new and very popular Harry Potter roller coaster. Hulk Coaster can reach speeds of up to 168 km per hour. For the little ones in the family, there is a separate area that provides easier, family-friendly rides. Adventurers, explorers, book lovers and thrill seekers will be amazed at the incredible experiences that await you on Universal’s Islands of Adventure.

Discovery Cove is operated by SeaWorld. It is an ideal place for anyone who has ever dreamed of swimming with dolphins. Guests at Discovery Cove can touch, play and swim with bottlenose dolphins. The park also offers an underwater hike where guests with a diving helmet can get a personal look at marine life and even touch unique sea creatures swimming their way.

Disney’s newest theme park has live animals as well as rides. As soon as you pass the entrance gate, you feel as if you are on a walk through a rainforest with live birds and animals right next to the trails. You are able to go on safari in a jeep and take pictures of elephants, lions, zebras, alligators and many more exotic creatures. There’s a live Broadway-style Lionway show that takes place several times a day, and if you’re looking for a little excitement, head to Mount Everest, a roller coaster that travels through a mountain and has great views of the entire Disney resort provides. The Tree of Life, a giant tree in the middle of the park, is hand-carved with designs of millions of animals. This is definitely one of the best theme parks in Orlando if you love animals.

In this beautiful park, families can get up close and personal with sea and sea life, watch live shows where whales and dolphins perform tricks and learn about saving our garden. The aquariums are world class and there are even a few slides for teens and brave adults. There is plenty of shade near the rides and in the aquariums, so Seaworld is a great choice for an amusement park on those hot summer days. The staff here are very knowledgeable about wildlife and marine life and are always happy to answer questions from guests. This park is located in Orlando’s top 10 theme parks for good reason.

This Disney theme park brings guests back to Hollywood days in the 1920s. There is so much to do here that it can take you more than a day. From Aerosmith’s Rock N ‘roller coaster and Tower of Terror to the live show of Beauty & The Beast and Star Wars, you’ll never get bored.

While EPCOT has some rides for kids and teens, it is made more for adults. This is one of the original Orlando theme parks designed by Walt Disney himself and is now the largest park in all of Orlando. In the middle of the park is a huge world pavilion where you can discover food, culture and shops from countries all over the world. Some of the best restaurants in Orlando can be found at EPCOT, where you must reserve the Canadian steakhouse up to 3 months in advance. In this park they also have a great fireworks display in the evening.

Universal Studios Florida offers guests the chance to visit movie classics like Jaws, King Kong and even newer classics like Harry Potter. Like their sister park on Islands of Adventure, Universal built on the success of Harry Potter. The great thing about this new Harry Potter country is that you can buy a special ticket that allows you to drive a copy of Hogwart’s Express from the movies. This one runs between the two Harry Potter areas in the various parks. Universal Studios also offers 3D shows, various slides and more. Check out the tips for the theme parks in Orlando below to find out more about combi tickets for this park.

Aquatica Orlando is Seaworld’s newest amusement park. It’s a perfect park when the Florida sun gets a little too much in the middle of summer. You can cool off here with exciting and relaxing water trips while learning more about life in the sea. There is a kid-friendly area called Walkabout Waters where parents can walk their children through a water playground that is over 1,300 square feet.

Disney’s Typhoon Lagoon Water Park is one of the oldest theme parks in Florida. Opened in 1989, it still has one of the largest wave pools in the world. It is the second most visited water park in the world and offers space for thrill seekers who can walk down one of the world’s fastest water slides, Humunga Kowabunga. There is also a river with rafts that the whole family can enjoy together. Finally, you can also enjoy sunbathing here.

Tips for theme parks in Orlando:

The amusement parks in Orlando are created for young and old, so wait for your trip to the USA and you will return home with many exciting stories and experiences!

Reading tips: 5 amusement parks to visit in Europe and the 10 coolest water parks in Europe.

Convenient for your city trip to Orlando