Things to Do in Norway: Top 15 Tourist Attactions 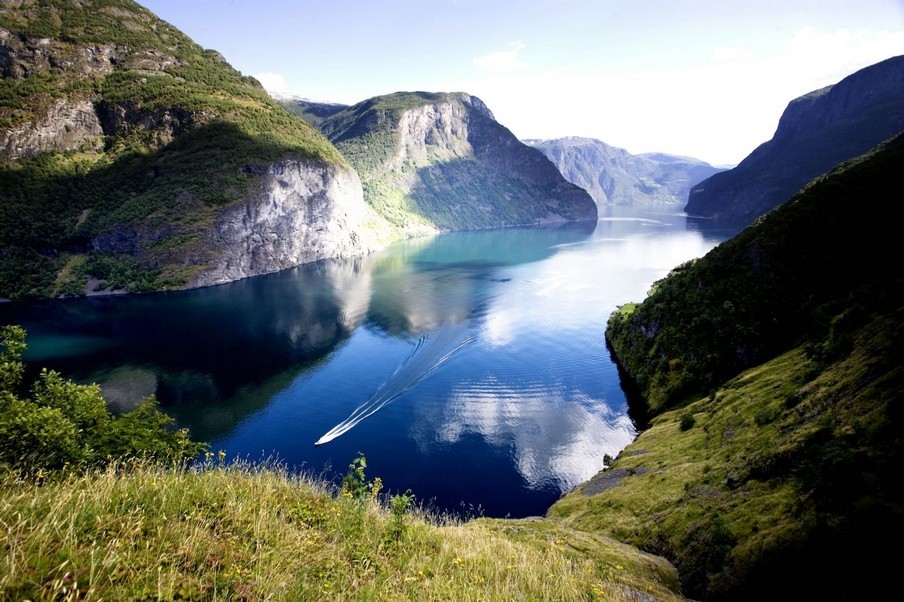 Charming Norway attracts more than a million tourists each year who want to see ancient sights, protected fjords and polar nights with their own eyes. To ensure the success of your trip to this amazing country, think about what you will see in advance. Moreover, with maximum information about Norway, you can quickly navigate and create an individual travel plan.

Traditionally, there are different periods in the tourism sector of the country when one or another type of recreation is preferred. Specifically, it is worth noting the following seasons throughout the year:

Overall, Norway can offer its fans a wide range of leisure activities, despite the fact that the climatic conditions in the country are considered some of the harshest. Lovers of contrasts and unusual natural beauty will appreciate the time spent here. 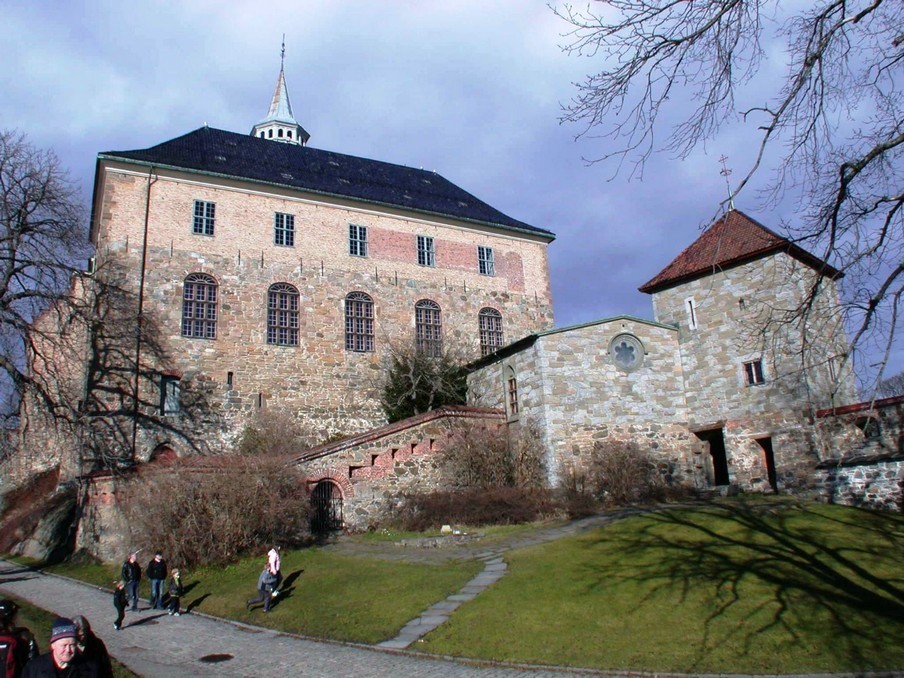 The castle is Oslo’s main attraction and an example of medieval architecture. The building was built in the 17th century and fulfilled an important strategic function: the defense of the city against foreign invaders. Subsequently, the main building of the castle was rebuilt several times.

As a result, the external facades of Akershus were made in the Renaissance style, as evidenced by the pointed roofs and laconic finishes. Currently, the spacious halls are used for receptions of important statesmen. On days off, tourists flock to the castle to get acquainted with one of the most interesting buildings in the Norwegian capital.

The Bygdø peninsula is famous for its original museum, which presents the best exhibition dedicated to the world-famous Scandinavian sailors, who were called “Vikings”. The pride of the museum collection are the unique drakkars: the Gokstad boat, the Tune ship and the Oseberg ship. Each of the ships is in a separate room so that visitors have the opportunity to view the boats in detail.

The rest of the museum is filled with exhibits dating back to different periods in the life of the Vikings. If you wish, qualified guides can lead you through all the rooms and tell you in detail about all the exhibits that reflect the life and culture of the Vikings. 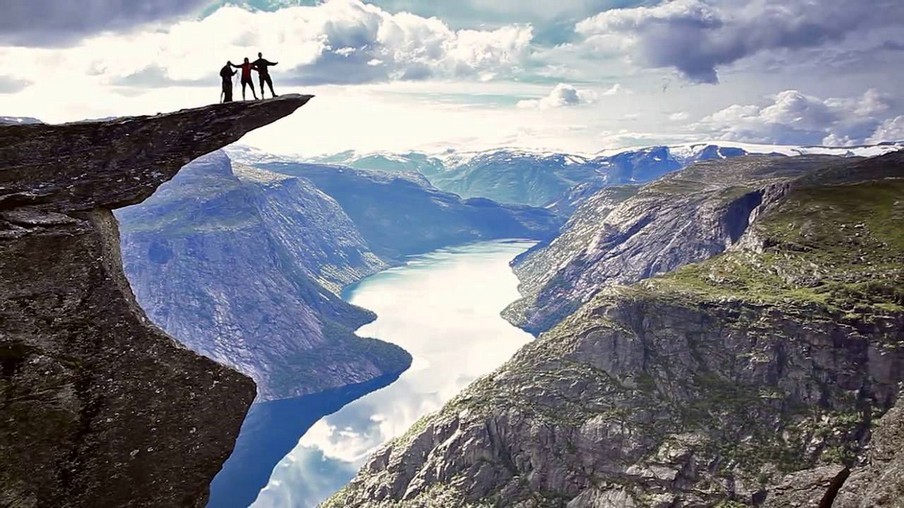 This natural object was given such an unusual name because of its original shape. About five hundred years ago, a huge piece broke off from the Skjeggedal rock, frozen in a horizontal position. The shape of the fragment looks externally like a huge language symbolized in the minds of Norwegians by the language of the famous Norse mythical character.

Trolltunga is located in a difficult area and the nearest town is Odda. Many visitors first arrive by car to Lake Ringedalsvatn and then walk for 5-6 hours. Once on the cliff, tourists enjoy beautiful views and take many pictures.

The building was originally built as a permanent summer residence for members of the royal dynasty. Therefore, in 1825, a hillside was chosen as the construction site, from which picturesque landscapes open up. The project was developed by the Norwegian architect Hans Linstow, whose style is distinguished by laconicity and restraint.

The last work on the interior decoration of the palace was completed in 1849. A garden and park area was created in front of the building for recreation and various cultural events. Today, the former interior and royal decorations are preserved within the walls of the palace.

This unique formation of natural origin extends over the territory of the Jostedalsbreen National Park. The area of the glacier is 488 square kilometers, and this fact gives the right to consider it the largest in the European part of the planet. Justedalsbreen is about 60 kilometers long. Experts note that the glacier does not melt throughout the year due to the fact that it is formed by the constant accumulation of snowfall.

Tours are organized to the base of the glacier, including walks along the shore of the turquoise lake and viewing the local flora and fauna. 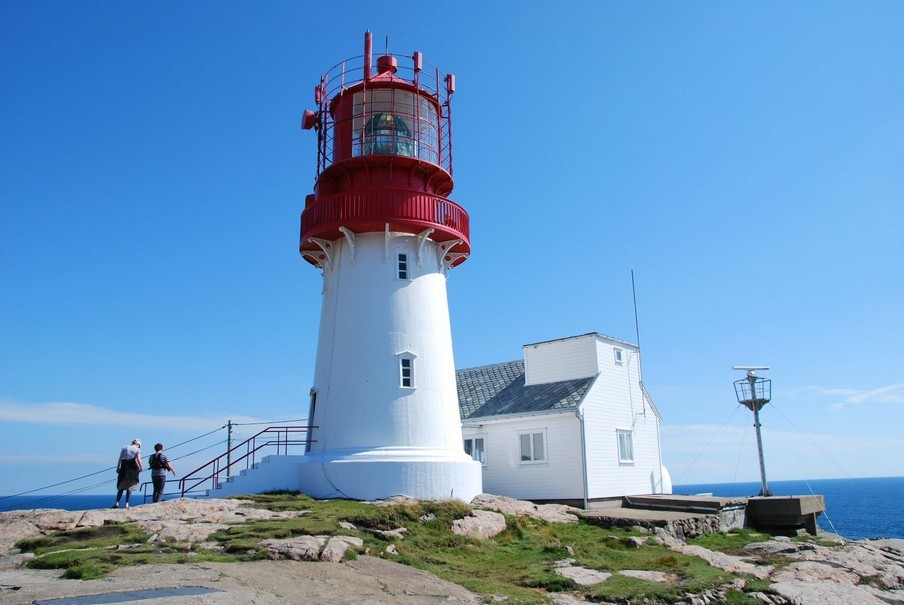 This monument is the pride of Norway. Its geographical landmark is the Skagerrak Strait, which connects the Baltic Sea and the North Sea. In 1655, it was decided to build the lighthouse after the frequent shipwrecks at Cape Lindesnes. However, after construction, the lighthouse did not function for over 25 years. It was not until 1725 that sailors saw light coming from the stone building.

In 1993, the Norwegian authorities decided to completely renovate the building and improve the fog system. To this day, thousands of tourists watch the work of the lighthouse and visit the museum on the first floor.

The museum is based on the biographical details of Norwegian traveler Thor Heyerdahl. The seeker of new sensations had long been obsessed with the dream of crossing the Pacific on a simple raft. Thor carried out his plan in 1947 and became famous all over Europe overnight. One of the traveler’s followers founded a museum dedicated to Heyerdahl’s exploits.

The opening of the main exhibition took place in 1950 in Oslo. The central place between the exhibits is occupied by a raft, and in other halls you can see an exhibition of caves and ship models.

In the central part of the Norwegian capital rises a monumental building included in the list of the country’s cultural heritage. Most of the gallery’s collection consists of works of art by Norwegian masters who lived in Oslo during different periods of history. Several rooms are allocated for the exhibition of Russian icon painters who adopted the style of the Novgorod school.

The second floor of the gallery is occupied by paintings by such famous artists as Van Gogh, Claude Monet, Picasso, Matisse, etc. On Sundays, the doors of the gallery are open to visitors free of charge.

The Rondane Mountains are popular for their enormous park, which spreads across picturesque expanses. Established in 1962, the park is still the oldest park, with a leading position among the country’s best natural attractions. The Rondane area was expanded in 2003 and amounts to 964 square kilometers.

There are more than 10 mountain peaks on the territory of the park, the height of which exceeds the limit of 2000 meters. Between the mountains stretches a huge plateau, where herds of wild deer graze. Tourists may move through Rondane only on specially paved paths. 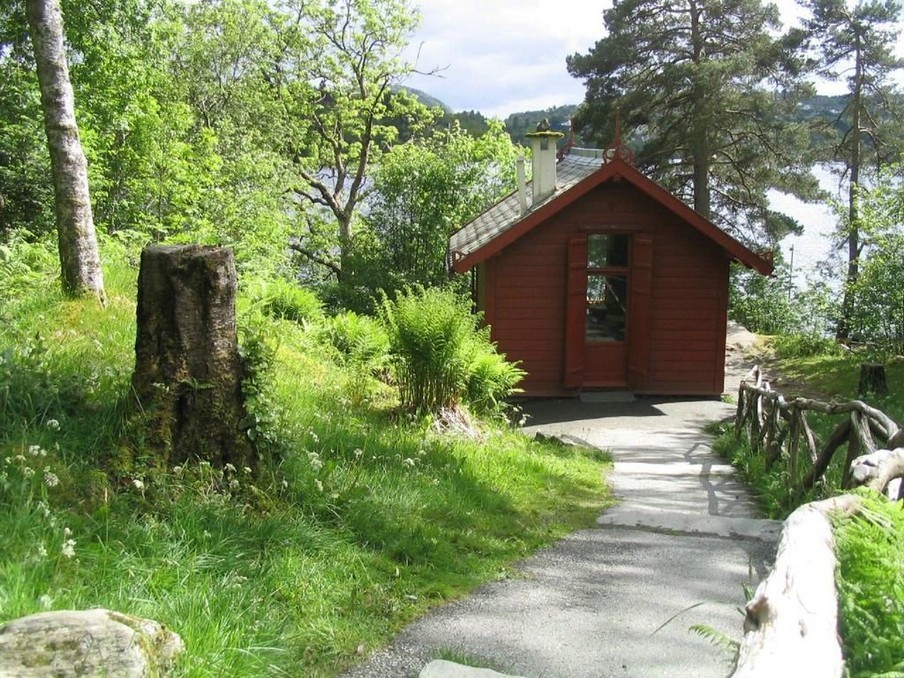 All his life, the Norwegian composer dreamed of building a house on the coast. His wish came true when he visited a place near Bergen and decided on the construction site of the future home. After E. Grieg’s death, the estate gradually turned into a cultural monument and museum complex.

The tour of the museum begins with a walk to the small hut where the composer found his inspiration. Furthermore, visitors can learn about the exhibition of personal belongings of E. Grieg and his family. In the evening, classical music concerts are held in the concert hall of the mansion.

Those coming to cozy Bergen should include a trip to the Bergenhus Fortress in their program. The chic castle was built in 1247 on the site of the Church of Christ, where Norway’s first king was crowned. The reason for its erection was the fact that Bergen was declared the new capital. Representatives of the royal dynasty commissioned the creation of a project for the complex, including:

Today, the site belongs to the city museum and is considered the most visited. Especially noteworthy is the Haakon Hall, where chamber music concerts are held every day. 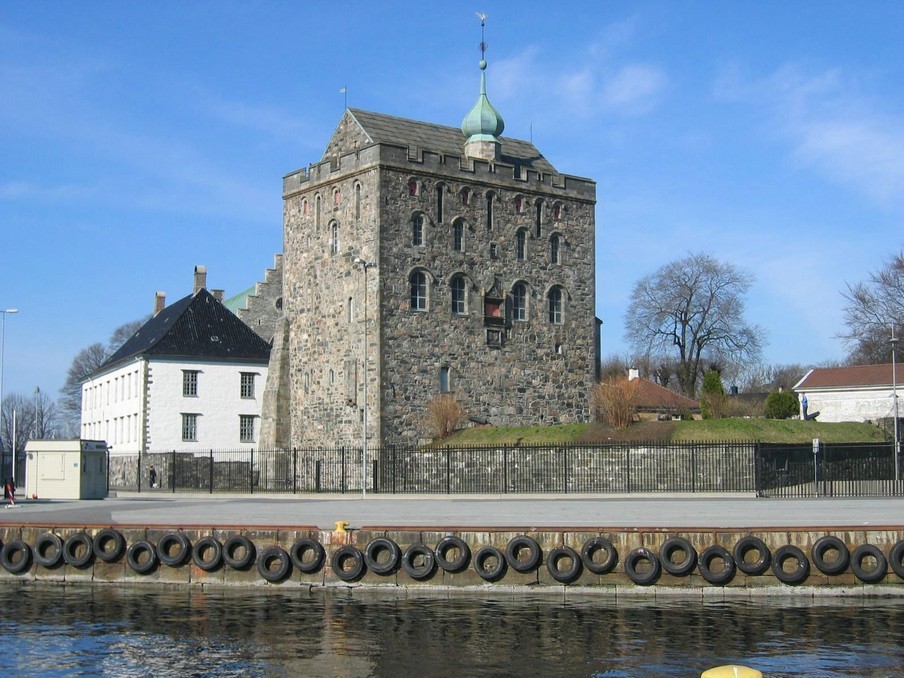 In 1270, one of the symbols of the city, the Rosencrantz Tower, was built in Bergen. After 300 years, the commander of the city, Eric Rosencrantz, decided to reconstruct the building with his own savings. To do this, he gathered the best architects of the time and paid them to develop a Renaissance project.

Rosencrantz’s idea was to construct a building that combined strategic and residential functions. The upper part of the building was occupied by artillery halls and the lower part was occupied by the governor’s chambers.

Norway is famous for its beautiful fjords—a natural paradise surrounded by rocks. The Geiranger Fjord is located in the Sunnmør area and is a UNESCO World Heritage Site which confirms its significant status.

Boat excursions are organized around the fjord. Additional services include fishing, rafting, kayaking and horseback riding. At the request of tourists, boats make stops in the villages along the coast. Hospitable residents not only give master classes on craftsmanship, but also treat them to the national cuisine. 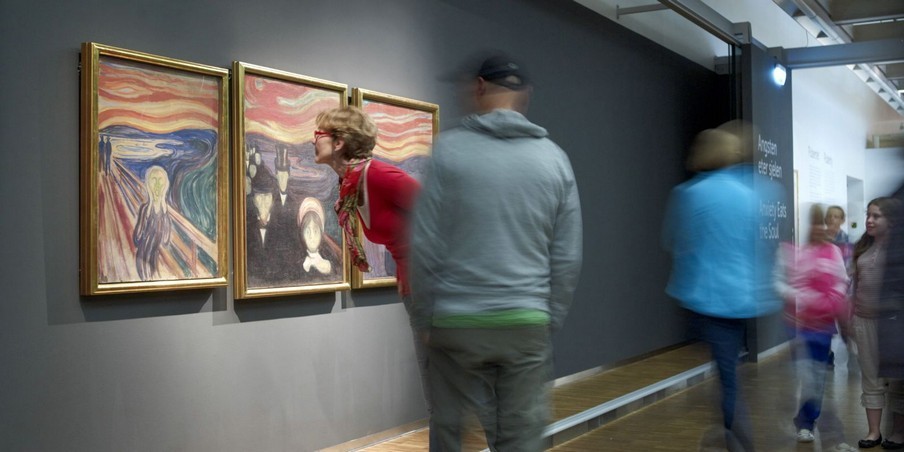 A museum was opened in Oslo in 1963 to coincide with the 100th anniversary of the birth of the great Norwegian graphic artist E. Munch. During several decades of its existence, the museum’s collection expanded considerably. In numerous halls, about 1.9 thousand different engravings, sculptures and more than 4,000 drawings painted by E. Munch are on display.

Each of the exhibits is an individual work of art created by a master of expressionism. The museum has an art academy and a small store with souvenirs.

In 2008, the official opening of the country’s national theater took place in Oslo. According to the idea of the architects, the building was made according to the most modern design trends. Spacious rooms, mirrored facades, curved walls that create an unusual visual effect—all this distinguishes the building from other Oslo attractions.

World opera celebrities perform on the stage of the theater. They note the excellent acoustic properties that allow them to reach the deepest possible sound.

Previous article
Where is Nepal? Things to Do in Nepal: Top 15 Tourist Attractions
Next article
10 Secluded Islands With Pristine Nature