Things to Do in New Zealand: Top 14 Tourist Attractions 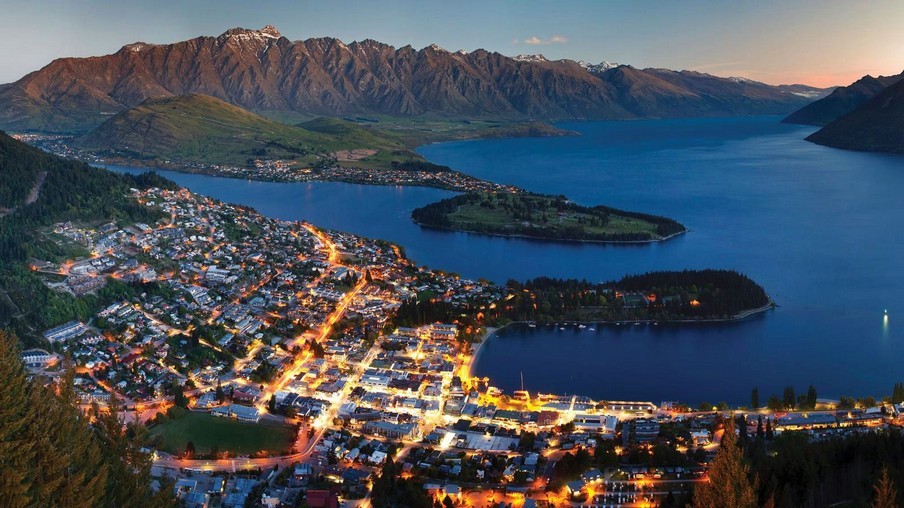 New Zealand is the right place for fans of diving and ecotourism, lovers of hiking in green valleys and fans of extreme entertainment such as bungee jumping and skydiving. A few years ago, New Zealand became a Mecca for admirers of JRR Tolkien, as films about hobbits are based on the famous Englishman’s books here. 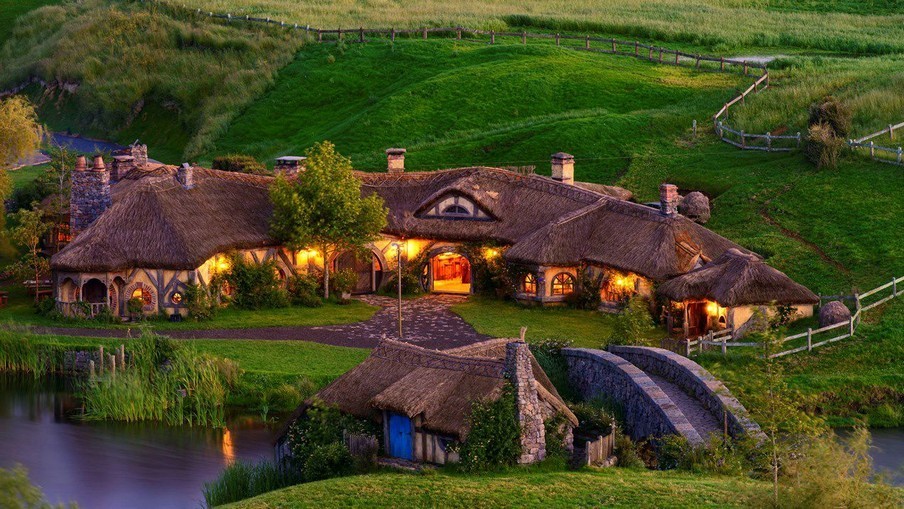 The filming location of “The Lord of the Rings” made the New Zealand farm “Alexander” famous around the world. The setting was chosen by the director of the future trilogy for the construction of a hobbit village. As a result, four dozen fairy-tale houses, streets and a pub, a mill and a bridge appeared on the farm grounds.

Tour buses bring about three hundred people to Hobbiton daily. In the village you can stroll the streets, have a drink at the Green Dragon pub and feed the lambs.

The nearest town is Matamata. From Auckland -2 hours by car.
Tour price: from 30 euros from Matamat.

The Auckland TV Tower is the tallest building in New Zealand. What to see from a height of 328 meters? In the city’s scenic surroundings: two mountain ranges, three sea bays and nearly fifty volcanoes in the Oakland volcanic field. A bird’s eye view of the Manukau Bridge, which runs the way from the international airport, and the Auckland Bridge in the city’s business district.

The Sky Tower looks picturesque on New Year’s Eve. It serves as a platform for launching fireworks.

All tourists strive to see the famous fiord in New Zealand. It is called the Eighth Wonder of the World because of its harmonious combination of rocky shores and lush vegetation. In these places, a person begins to feel complete oneness with nature. The animals and birds found on the shores of Milford Sound are remarkable for their amazing appearance, and the ecosystem of the region is unique because of its special microclimate.

Fiordland Park is located in the southwestern part of the South Island.
Available: fishing, diving, kayaking. 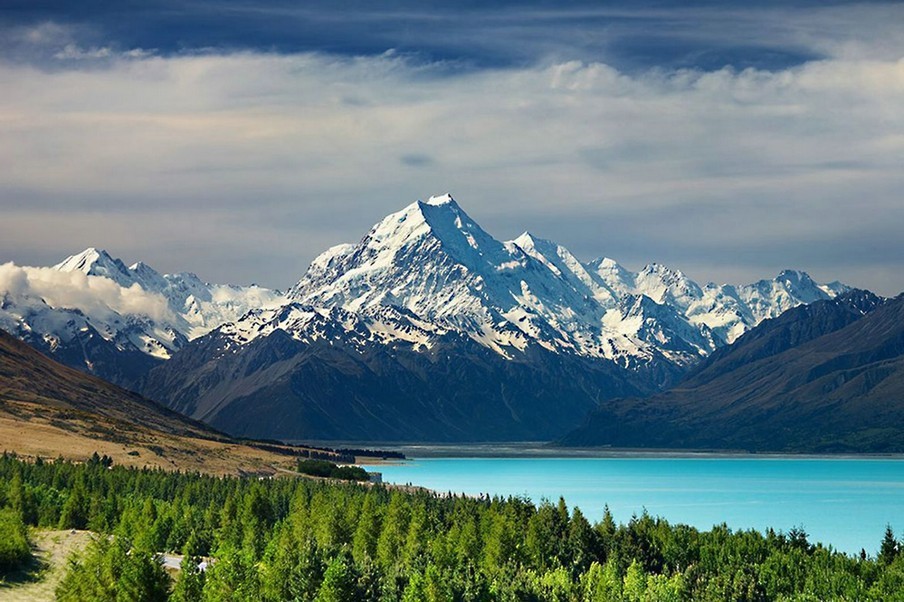 Mount Cook National Park was formed in 1957. Almost half of its territory is occupied by glaciers, and the most famous of these is the Tasman Glacier. It thaws periodically, forming the lake of the same name. It is interesting because of its relief: the southern part of the reservoir is much lower than the northern, and its width and length do not have constant values. Regularly, new parts of the glacier plunge into the waters of the lake.
The star of the local flora is the Mount Cook buttercup, which has leaves 40 inches in diameter and blooms to 8 inches. It is the largest member of its family in the world.

Catlins Forest Park in the eastern Southlands is popular with naturalists and surfers. The park is full of New Zealand attractions and rides to see:

A particularly photogenic attraction in the park is the Nugget Point Lighthouse, built in the late 19th century and 76 feet high.

In the middle of the North Island, a lake has formed in the crater of a volcano, from which New Zealand’s largest river flows. You can easily look at the country’s largest lake and even catch rainbow trout there, as the shores of the Taupo are ideally ready to meet tourists. Infrastructure includes caravan parks, barbecues and other “amenities” that look fantastic at the edge of the world.

The largest settlement in the area is the city of Hamilton. 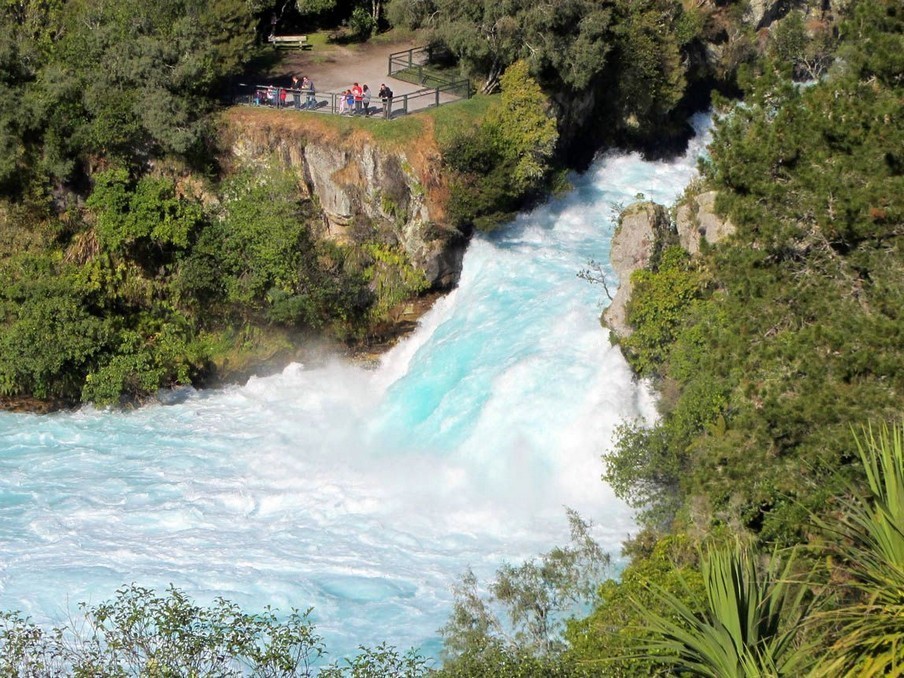 The Cascade of Waterfalls on the Waikato River is a famous and very beautiful natural landmark in New Zealand. The falls are located in the Wairakei National Park. The sharp narrowing of the river at this point leads to the formation of a rapid current that flows through the gorge, which is barely 15 meters wide. This created a beautiful canyon, in several places of which the water falls down with ridges.

For easy viewing, the banks of the gorge are equipped with observation bridges and platforms. The 11-meter ledge looks particularly picturesque.

For the most extreme travelers, rafting on the river is organized; the rest are content with photos.

The nearest town is Taupo.

The volcanic zone on the North Island is called a thermal wonder for a reason. In an area of 3 sq. km here, boils, boils, bursts, splashes and shoots out columns of steam, mud and hot water.

The most popular sites in the reserve are the Champagne Pool and Lady Knox. The former is a lake with a huge number of bubbles. The second is a geyser that can erupt within an hour. The 20-meter pole can be seen daily at 10:15 am.

How to get there: by tour bus to the city of Rotorua or by car from Auckland along the Thermal Explorer Highway (about 200 km).

New Zealand’s deepest and longest lake, Wakatipu on the South Island, is of glacial origin. During the day, the water level in the lake changes dramatically, and this unique phenomenon is interpreted in their own way by scientists and local residents. Scientists believe that the reason lies in fluctuations in pressure and temperature, and the Maori believe that the water recedes and rushes as a result of the beating of the heart of a giant lying at the bottom.

Modern tourists engage in active tourism on Wakatipu. They practice kayaking, hiking around the lake or biking trails.

The largest city on the coast is Queenstown. 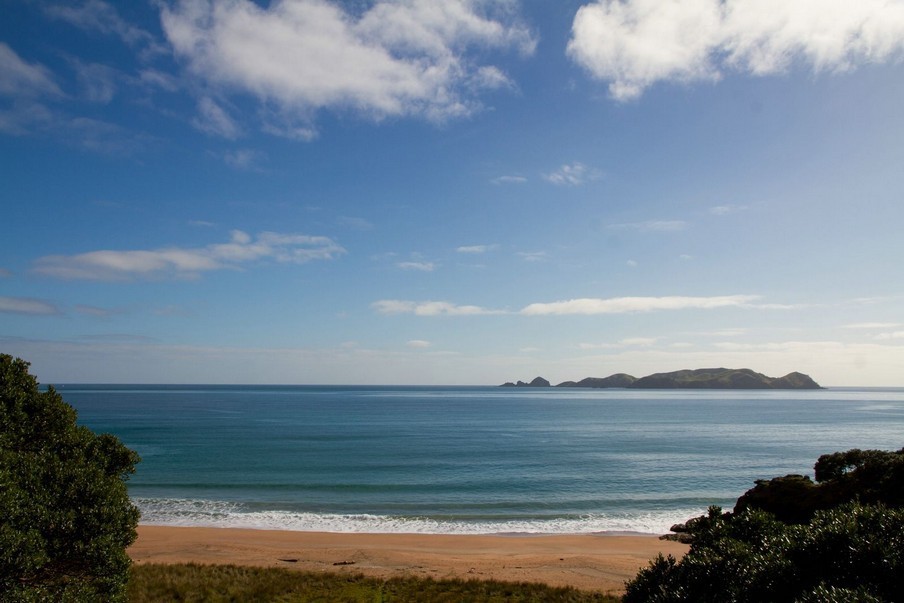 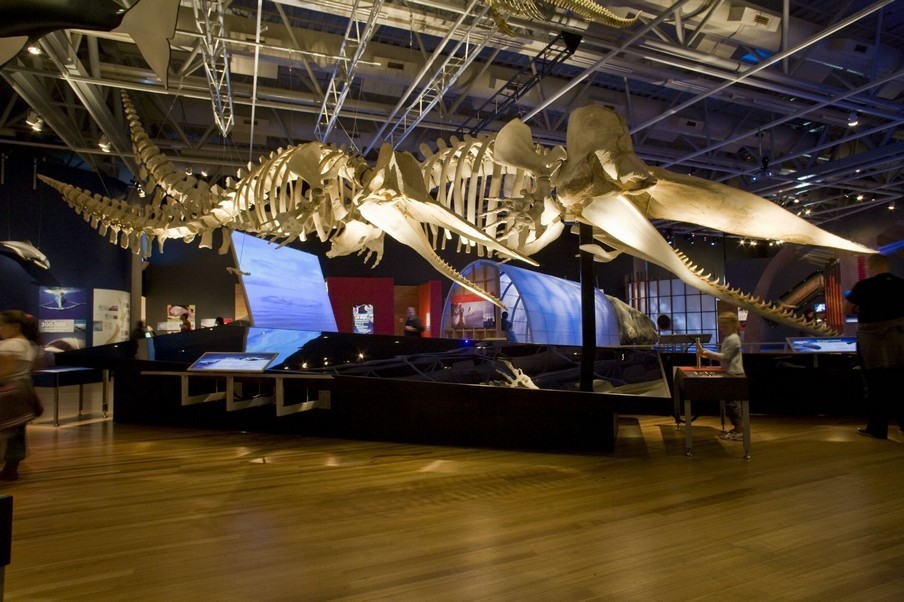 In Wellington there is a museum with a strange Russian ear called Te Papa Tongareva. The name is translated from the Maori language as “the place where the treasures of this land lie.”

The exhibit presents several natural science collections, including a collection of skeletons and stuffed animals of 70 thousand specimens of New Zealand birds. The exhibition “From the Mountains to the Sea” is very informative, where samples of the country’s fauna are presented – from small insects to a huge blue whale.

Part of the exhibition is dedicated to the ancient culture of the peoples inhabiting the islands and the history of the colonization of New Zealand.

The Art Gallery in New Zealand’s capital city introduces visitors to the country’s cultural heritage and the work of indigenous people and modern descendants of the colonialists. The museum houses an art gallery, a music museum, a city library, a Japanese rock garden and a café.

The Maori art exhibition provides insight into the culture and history of indigenous peoples and is of utmost interest to foreign tourists.

Address: Cnr Parumoana & Norrie Streets, Porirua in Wellington.
Open: from 10am to 5pm, Mon. to Sat. and Sundays from 11am to 4:30pm.
Admission free.

You can get acquainted with the flora of the subtropics, admire hundreds of flowering rose bushes, see the twinkling lights of fireflies at night and feed tame ducks in the Wellington Botanical Garden. The 25-acre grounds regularly host various exhibitions, famous botanists and gardeners give lectures, and in the summer there are also outdoor concerts of classical music.

On the hill between Thorndon and Kelburn you will find a garden.
How to get there: by cable car.
Admission free.

New Zealand’s oldest park, the Wellington Zoo has been in continuous operation since 1906. The pavilions are grouped according to the habitats of the animals represented in them. You will meet representatives of the fauna of the African savannah, get to know the inhabitants of the monkey islands and get an idea of local endemics, for example about the New Zealand night kiwi.

Butterfly Bay is the most beautiful sight in New Zealand, where you can look out over the ocean and enjoy the sandy Northland Beach. But the main thing is why tourists come here – about 30 species of tropical butterflies of different shapes, colors and sizes that live in the cove.

How to get there: by Air New Zeland planes to Kerikeri, then by rental car along State Highway 10.

Previous article
Things to Do in Cuba: Top 15 Tourist Attractions
Next article
A diving holiday in Egypt