Things to do in Hong Kong 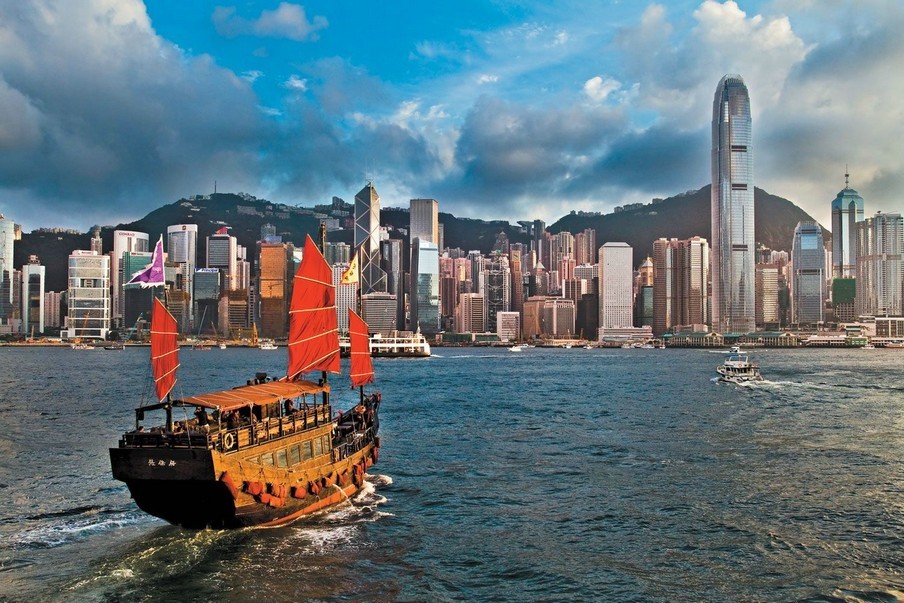 In 2016, 26.5 million people visited Hong Kong. First of all, they are attracted by the opportunity to buy quality brand goods in this duty-free zone. What can be seen in Hong Kong with its main districts – North (tourists prefer to visit Fanling Wai, Sheung Shui Heung and other villages), West and South (famous for its fashionable hotels and famous shopping malls)? The skyscrapers, Fragrant Harbour, the Big Buddha, the Hong Kong Museum of Art and much, much more deserve your attention…

Holidays in Hong Kong are good at any time of year: Spring (March-April) is suitable for outings and visits to the Botanical Gardens with flowering plants in them, winter (December-February) for sightseeing, shopping outings and pilgrimage tours, Autumn (November) – for leisurely hiking and yachting tours, relaxing on the beaches of Lantau and Kowloon, summer (May-October) – for swimming (pay attention to Tong Fuk, Silvermine Bay and other beaches) and diving (choose Wong Chek Hung, Tso Wo Hung and other islands). Holidays in August and September can be marred by rain, high humidity and hurricanes, but October is good for all kinds of holidays.

At the top of the 552-meter mountain, which can be reached by cab ($ 5-10), bus ($ 1.4), cable car (round-trip ticket with a visit to the observation deck – $ 10.8, and without visiting the observation deck – $ 5.2) or on their own, Everyone can visit the stores, cafes and History of the Peak Museum, relax in the park, admire Hong Kong, the Kowloon Peninsula and Victoria Harbor from the observation decks (Sky Terrase 428 and The Peak Tower) day and evening and take beautiful panoramic photos.

The Big Buddha is a 34-meter bronze statue and landmark on Lantau Island. Travelers are led to the statue by a 268-step staircase (and a winding road). You can see the Big Buddha from 10 a.m. to 5:45 p.m., but those who choose to go inside will have to pay a fee.

The 315-meter tower is a 70-story skyscraper and the headquarters of the Bank of China (the tower has an unusual and futuristic design). Tourists are attracted by the observation deck on the 43rd floor. It is considered one of the most stunning views of the bay.

The tower can be visited for free any day except Monday (get off at the Central metro station – from there it is just a few meters to the tower).

Witness the light and music show “Symphony of Light” every day (weather permitting) at 20:00 for 15 minutes. In this action “participate” pyrotechnics, lights, music, laser displays. The multimedia extravaganza is best viewed from the Avenue of Stars on Tsim Sha Tsui promenade, on board the tourist ferry (the Star Ferry runs along Victoria Harbor), next to Golden Bauhinia Square. Usually the “projection screens” are 47 buildings on either side of the harbour and the storyline of the show is five major themes relevant to Hong Kong.

The Wong Tai Sin Temple, which leads its history since 1915, worships a Taoist deity (“The Great Immortal Wong”). The architecture features red columns, multicolored carved wooden decorations, gold roofs and blue friezes… Tourists should pay attention to the Garden of Good Wishes, the Wall of 9 Dragons, the 3 memorial arches, the library (where Buddhist, Confucian and Taoist texts are kept) and the Confucius portrait.

At the Wong Tai Sin Temple you can use the services of professional palm diviners as well as perform the Kau Chim divination ritual (after kneeling at the altar and formulating your wish/question, you need to light an aroma stick and shake a bamboo cylinder with wands of destiny until one of them falls out).

This monastery is located in the Sha Tin district. It was founded by Yuet Kai, a teacher who preached Buddhism. The main shrine of the monastery is his mummy in a golden cabinet (its location is the main hall of the monastery), as well as 13,000 figures of Buddha in different poses and with different facial expressions.

To reach the top of the hill with the monastery housed on it, one must walk up a staircase of 400 steps, during which travelers will encounter 10,000 human-sized statues of Buddha (praying, fat, slender, mourning, laughing…).

The street escalator is an 800-meter long moving sidewalk with 20 moving staircases that take pedestrians to a maximum height of 150 meters.

The number of exits and entrances to the escalator is 14, and the length of the journey from the starting point to the end point is 20 minutes. Every morning it “delivers” people living in Hong Kong to their place of work from 06:00 to 10:00 (the escalator moves downwards, bypassing traffic jams), and from 10:00 to 24:00 it turns around, making an upward movement.

Since the escalator ride is free, don’t miss out on the opportunity to ride it.

Cinma is a suspension double-level bridge over 1,300 meters long. It is designed to connect the islands of Ma Wan, Chek Lap Kok, and Tsing Yi. The upper level is the location of a 6-lane highway with 3 lanes in each direction, while the lower level is occupied by a 2-lane road (this is an alternate road created for service purposes; it is also activated during typhoons) and 2 railroad tracks.

The Qingma Bridge is not designed for pedestrians, but there is a panoramic center open to them, operating both weekdays and weekends, except on Wednesdays. It is better to admire the bridge after sunset, in its nighttime illumination.

Hong Kong’s Aberdeen district is located on the banks of Aberdeen Harbour. It used to be a floating village where people lived in boats, but now they only do shrimp and fish fishing during the day.

Tourists can have dinner at a floating restaurant or take junk rides, attend concerts and fairs in Aberdeen Square, watch the Duanu Festival (dragon boat races), see Thinhau Temple (built in 1851), relax and have a picnic/barbeque at Aberdeen Country Park.

Chilin Monastery is an ornament of the Juulong Peninsula. The complex is equipped not only with a monastery, but also a vegetarian restaurant, a tea house, Chinese gardens, a lotus pond, a red bridge over the Nan Lian garden, ritual halls, and an inn for pilgrims. In the garden and temple halls everyone can stay for free any day of the week from 7 am to 9 pm. In the monastery they will see gold, sculptures of Gautama Buddha made of clay, stone and wood, as well as statues of Guanyin (mythological deity).

Tin Hau Temple was built in honor of Tin Hau, goddess of the sea, and is a symbol of protecting ships and fishermen from the attacks of the water element. It is separated from the Jade Market by only a couple of blocks. Hong Kong chess players often gather in the monastery square, and along the road leading to the temple, fortune-tellers are often seen telling the future to anyone who leaves them a fee.

They say the goddess grants wishes: after thinking of the innermost, you need to light a stick with incense, and leaving the temple – 3 times to strike a huge drum with a special stick. The spirits will hear the request and fulfill it.

Chinese Village Kam Tin Walled Village, which manages to get through a single gate, has preserved the features of antiquity. Here it is worth taking pictures of the unique wall of the city fortress of the 14th century, and look at the houses, divided by lanes.

Entrance to the territory of the village is free, but donations will not turn up there. Those who wish, by making a small donation, will put on historical costumes and take pictures with the locals.

St. John’s Cathedral is an example of Gothic style (early English architecture of the 13th century). You can get a glimpse of it by walking along the Garden Road. If you’re curious, you’ll want to check out the square bell tower (on its west side you’ll see the letters VR, indicating that it was built during the reign of Queen Victoria) and the south and north towers (decorated with guns that belonged to two former mayors).

In this museum (Greek-style building decorated with tall Ionic columns) tourists can see samples of rare tea utensils and taste authentic Chinese tea in the tea ceremonies held for them (participation in the ceremony costs $80).

One of the exhibitions will tell visitors about the characteristics of growing tea bushes, another – about tea traditions in different countries through artistic paintings, and the third – about how to properly serve tea and pour this drink. You can buy tea utensils and tea if you want in the museum store.

Previous article
Places to visit in Austria
Next article
Where is Ibiza located?