Things to Do In Goa 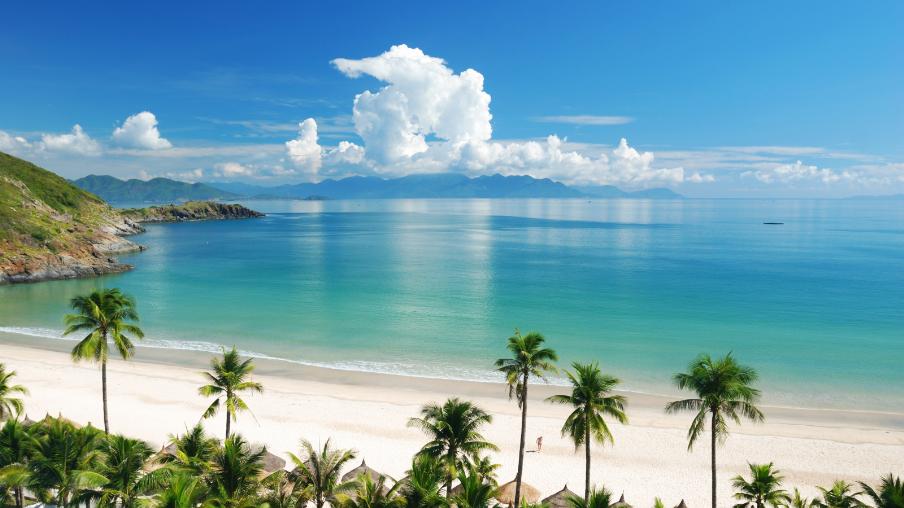 
The smallest Indian state of Goa bears little resemblance to the rest of India: here, for a long time, everything is subordinated to the convenience of vacationers from Europe. Local shops sell European clothes, cafes serve mild food, and yoga schools and massage parlors line the beaches that are unlikely to be visited by any Indian. This state is a magical place where all the information noise fades into the background. Time stands still here, problems that seemed important at home turn out to be insignificant. The only question that worries tourists: where to go to Goa, what to see today, and what to leave for tomorrow.

In order not to get bored, it is better to go to a new place every time. The easiest way to get around Goa is on a rented bike: you don’t depend on public transport and you manage your time on your own. You can go to the Juice Bar in Chapora to try exotic juice at any time – and it doesn’t matter that you have to drive from your hotel an hour. After the tasting, you should turn to the local fort to make sure that it, as the neighbors on the beach said, is in a dilapidated state. But it offers a magnificent view of the coast.

If you wish, you can find the Sacred Banyan tree in the rainforest – a tree with numerous roots that look like additional trunks, or go for a yoga class at one of the special centers here. What other entertainment does Goa offer?

The best beaches in the Arabian Sea 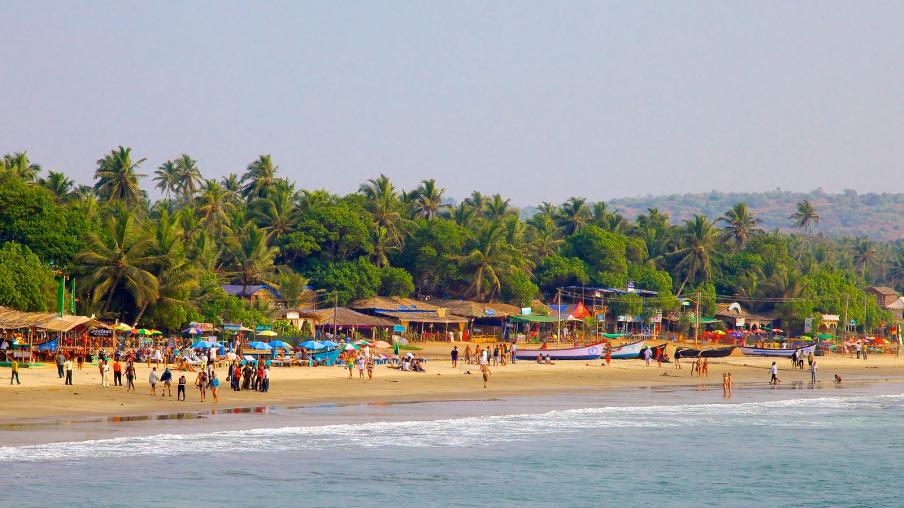 The main attraction of Goa is the Arabian Sea, which is part of the Indian Ocean, and the beaches that stretch along the surf. You can swim in the ocean, however, you should be extremely careful so as not to perish in a counter current, leaving from the coast into the open sea. Most holidaymakers just sunbathe, sit in beach cafes – sheks, cruise from beach to beach in search of entertainment and interesting parties.

There are many beaches on the Goan coast, and each has its own name. 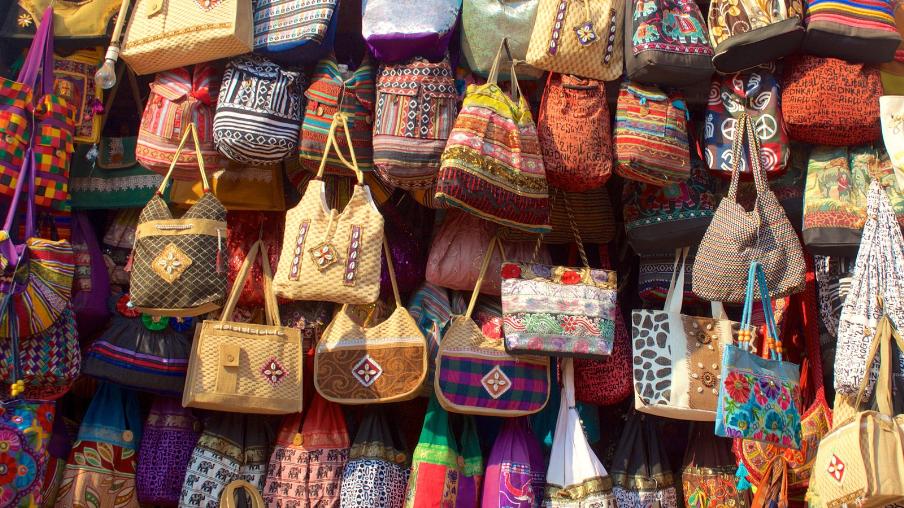 The most important entertainment in Goa, to which all newly arrived tourists are immediately connected, is a visit to the numerous markets operating in different coastal villages – sometimes one day a week, sometimes only at night. Markets in Goa are not just shopping malls where you can find everything your heart desires. Markets have become attractions of sorts, where even some local travel agencies offer paid excursions. What are the must-see markets in Goa? 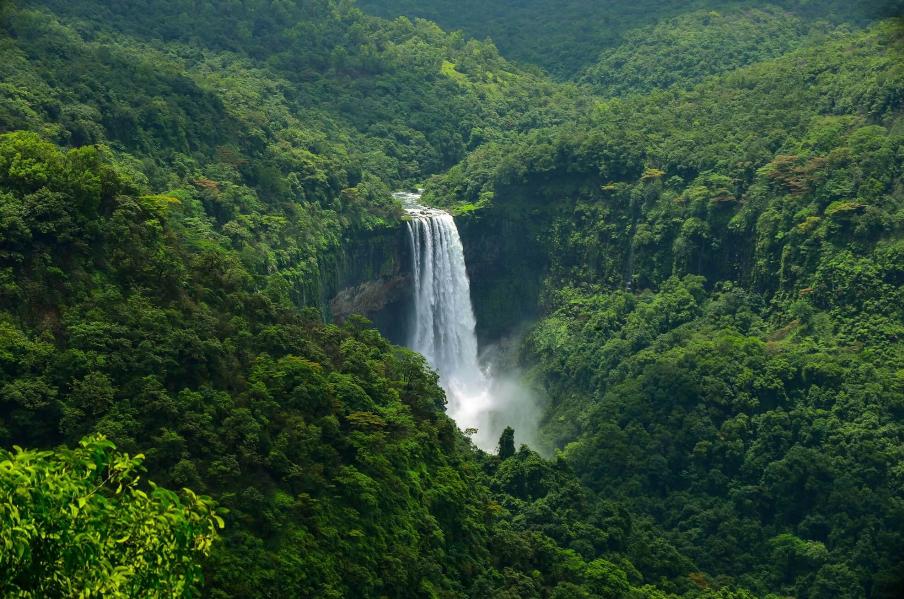 Once in an exotic resort, one wants not only to lie lazily near the edge of the surf, but also to explore the surroundings. Lovers of wildlife, arriving in Goa, will not be disappointed. There are several interesting reserves, where you can go both independently and as part of an excursion.

Natural Protected Area Bhagwan Mahavir with an area of ​​240 km2 you need to look in the mountains at the border of two neighboring states – Goa and Karnataka. This section of the tropical forest became a nature reserve in the late 60s of the last century. Approximately 10 years after the foundation of the reserve, part of it was recognized as a natural park, into the territory of which tourists are allowed to enter. For their convenience, a hotel has been built here and an SUV rental office operates. The best way to get around the forest is in fast, comfortable cars, although the surrounding area can be explored on foot with an experienced guide. Tourists hope to meet local “stars” – tigers and leopards while walking along Bhagwan Mahavir, but these animals do not come close to humans. But there is no shortage of birds that noisily greet all guests of the park.

On the territory of the reserve there are the most famous waterfalls of the state – Tambdi and Dudhsagar. They can be easily reached by jeeps. Usually, jeep drivers give tourists an hour of free time. During this period, you can admire the waterfall and swim in the waters of the lake below it.

Another wonderful Goan reserve is called Bondla. It is the smallest natural park in the state, as it covers an area of ​​8 square kilometers. The reserve is more like a zoo. There are aviaries where predators are kept. Non-dangerous animals just live in the wild and are not afraid of people. Guests in Bondle offer elephant trekking. 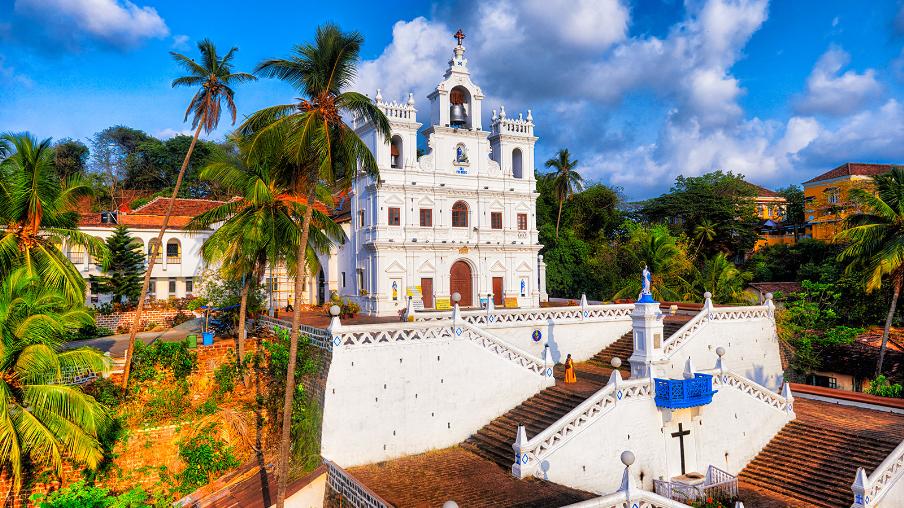 For a long time, the territory of Goa was owned by the Portuguese colonialists, so now you can see both colonial buildings and Hindu-style buildings here. The latter includes the Mangesh Temple, located in the village of Priol, near the city of Panaji. The temple complex consists of several buildings. Especially noteworthy is the tall snow-white tower.

Several forts on the coast remained from the Portuguese. Some of them are in ruins, others have been restored, such as the Tiracol fort in North Goa. It was built by one of the local rulers in the 17th century, and the Portuguese subsequently reconstructed it. Currently, it is a hotel.

Fans of urban architecture will love Old Goa, the former capital of the Portuguese possessions, and now a small city built up with Catholic churches. One of them – the snow-white Cathedral of St. Catherine – is famous for the fact that there is kept the miraculous Crucifixion, which heals the sick. The Basilica of Bon Jesus, built at the turn of the 16th-17th centuries, preserves the relics of St. Francis Xavier.

In the main city of the state of Goa, Panaji, it is worth finding a statue depicting Abbot Faria, the hero of the novel The Count of Monte Cristo. It turns out that such a person existed in reality, and is not the product of Alexandre Dumas’ fantasy. He was born in the Goan village of Candolim and, indeed, was a prisoner of If Castle for a long time. 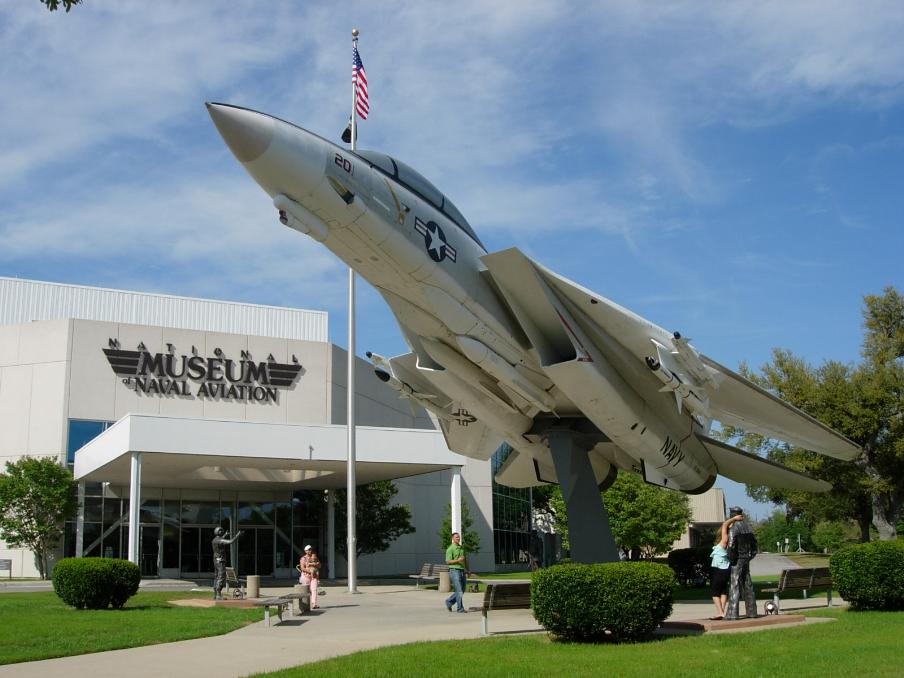 There are not many museums in Goa, but enough to usefully spend a few days. By the way, you can take your child with you on a trip to museums, he will surely like the local collections. The first must-see is the restored Goan traditional settlement called Goa Chitra. You can find it in the town of Benaulim in the south of Goa. The museum, in the exposition of which you can see about 4 thousand objects of Goan everyday life, which were in use in past centuries, has been operating since 2010. Sometimes interesting interactive performances take place in the museum.

History buffs can also be advised to head to the village of Varka in South Goa. There is the São Tomé Historical Museum, which contains objects that have remained from the Portuguese colonialists.

Men of all ages will love a visit to the Bogmalo Naval Aviation Museum in central Goa. The museum consists of two parts: an open area with exhibits and a two-story covered gallery. Various airplanes, helicopters, aircraft engines, Indian military uniforms, old photographs, weapons, etc. can be seen here.

In the city of Old Goa there is a small House of Wax, which contains about 20 dolls depicting characters from Indian history.