Things to Do in Denmark: Top 15 Tourist Attactions 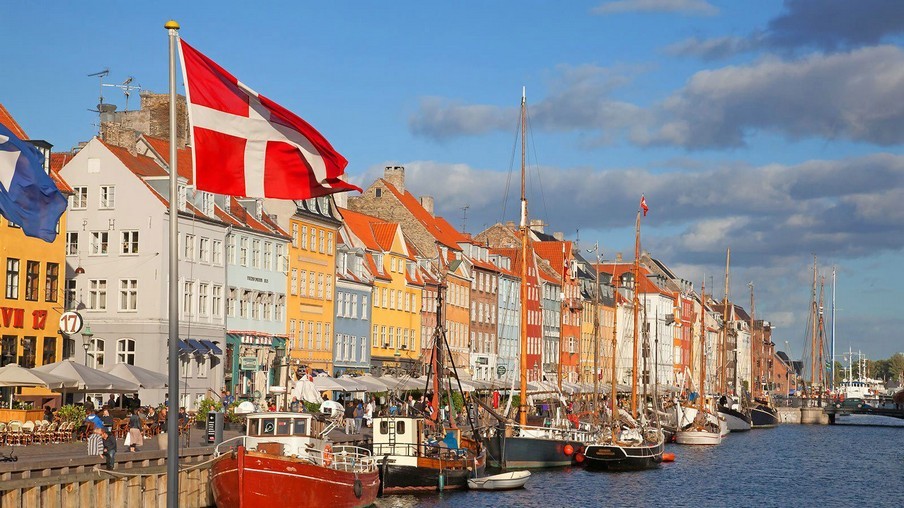 
The Scandinavian Kingdom of Denmark is the birthplace of the Vikings and Hans Christian Andersen, the eternal rival of the Swedish monarchy in the Middle Ages and one of the most beautiful countries in modern Europe, where ancient architectural monuments are carefully preserved, and the new is being built in full accordance with the principles of harmony. Capital Copenhagen is full of gardens and parks, the island of Greenland amazes with its perfect snowy splendor, and the hilly sandy plains of Jutland carry over to the era when men went to sea on large ships and extracted glory and wealth for their family. What to see in Denmark if you prefer to plan your trip yourself and don’t rely on stamped sightseeing tours? Our list will help you plan your route through the Danish kingdom. 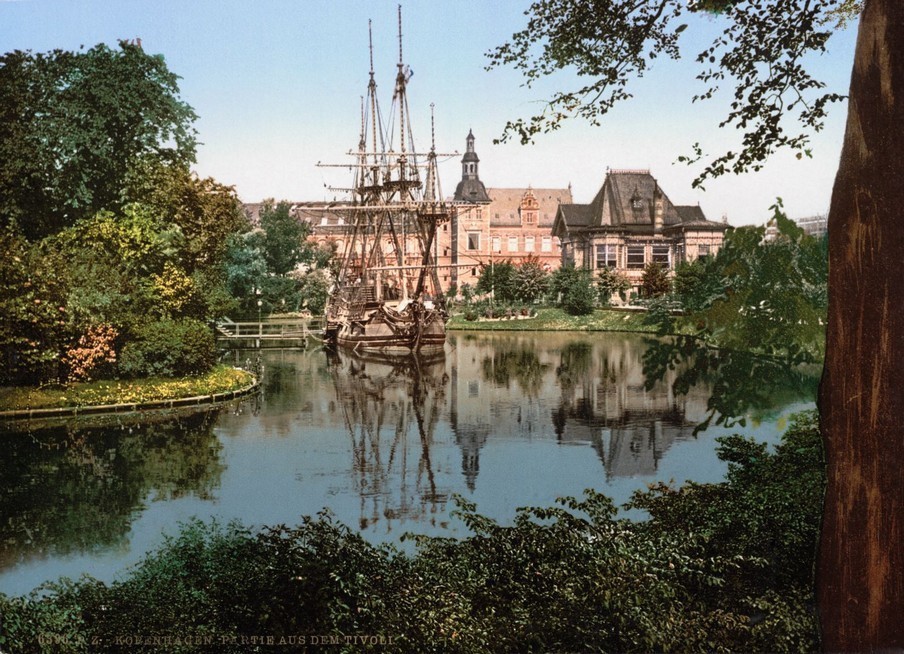 The amusement park in the center of the capital is the favorite place for family recreation of the Danes. It was founded by the Danish officer Georg Carstensen, and since 1843, Tivoli has enjoyed continued success with children and adults. In the park, you can listen to classical music and relax at a jazz party, take part in a dance show and enjoy theatrical performance. If you love ballet, there are ballet performances on offer, and summer programs featuring contemporary rock musicians attract many young people. Traditional rides, roller coasters and other active entertainment in Tivoli are a matter of course.
Tickets cost from 16 euros. To get there: by buses 1A, 2A, 5A, 11A or by train from the railway station to Tivoli station.

Like all Danish castles, the name of the fortress in the north-east of the island of Zealand has the ending “-borg”. The castle was erected in the place where the Øresund Strait, separating the country from Sweden, is the narrowest, and therefore the fortress at all times was of great strategic importance. Today UNESCO considers it one of the most significant buildings in Northern Europe, preserved from the Renaissance: 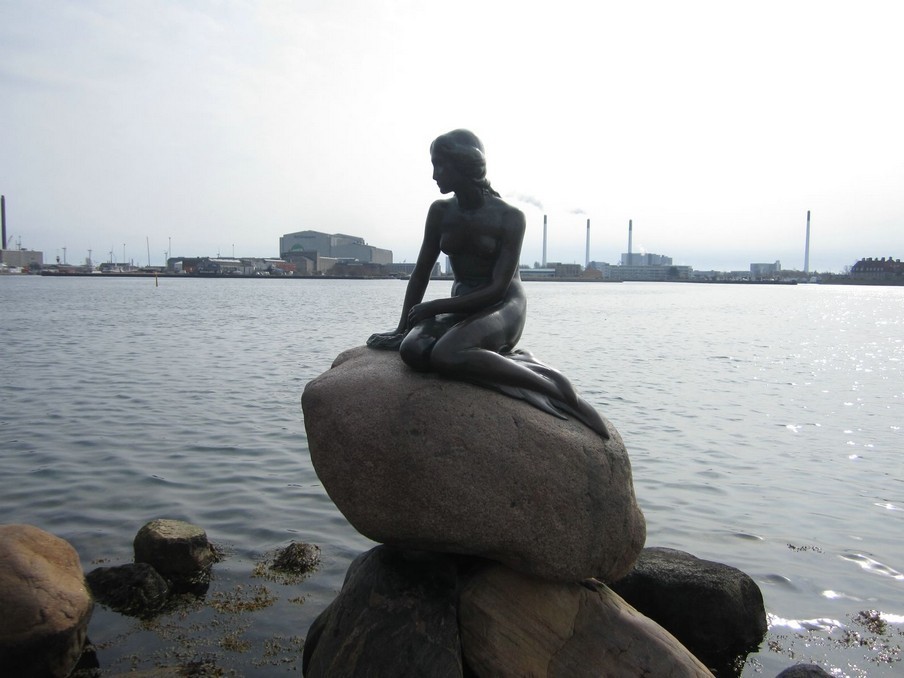 The figurine of the heroine of the fairy tale by G. H. Andersen is called the symbol of Copenhagen. If you want to see the sights of Denmark, do not forget to take a photo of a girl sitting on a stone in the port of the Danish capital, who does not lose hope of becoming happy.
The sculpture appeared thanks to the son of the owner of the Carlsberg brewery, who was fascinated by the ballet of the same name at the Copenhagen theater.
The models for the statue were the wife of the sculptor Eriksen and the prima ballerina who played the role in the same performance, Ellen Price. The Little Mermaid has been attacked by several vandals, and the authorities are considering moving her further from the coast. 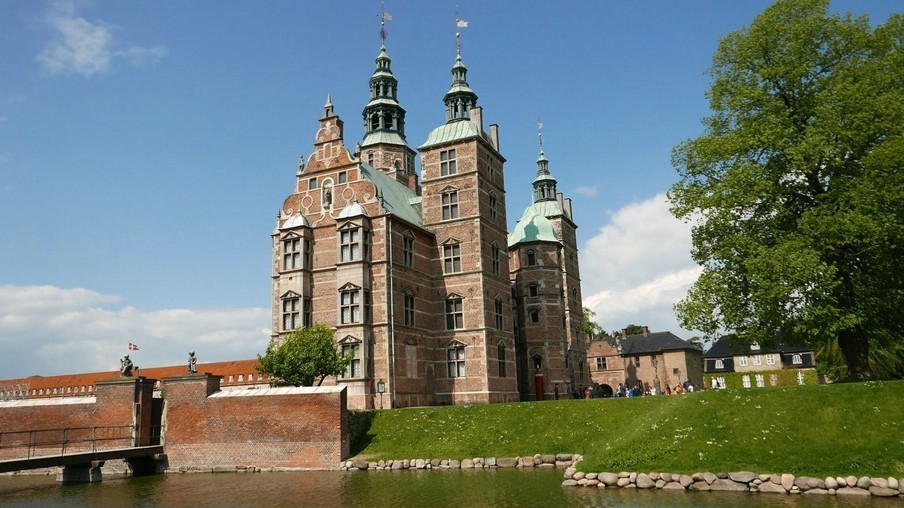 The former residence of Danish kings, Rosenborg Castle appeared in Copenhagen at the beginning of the 17th century. The Renaissance building was used for official receptions, banquets, lavish balls and audiences. A hundred years later, the next monarch preferred lighter baroque structures to heavy gloomy walls, and since then the castle has ceased to fulfill its original role.
Today, within the walls of Rosenborg, a tourist exposition is open, the highlight of the program of which is an exhibition of royal regalia. 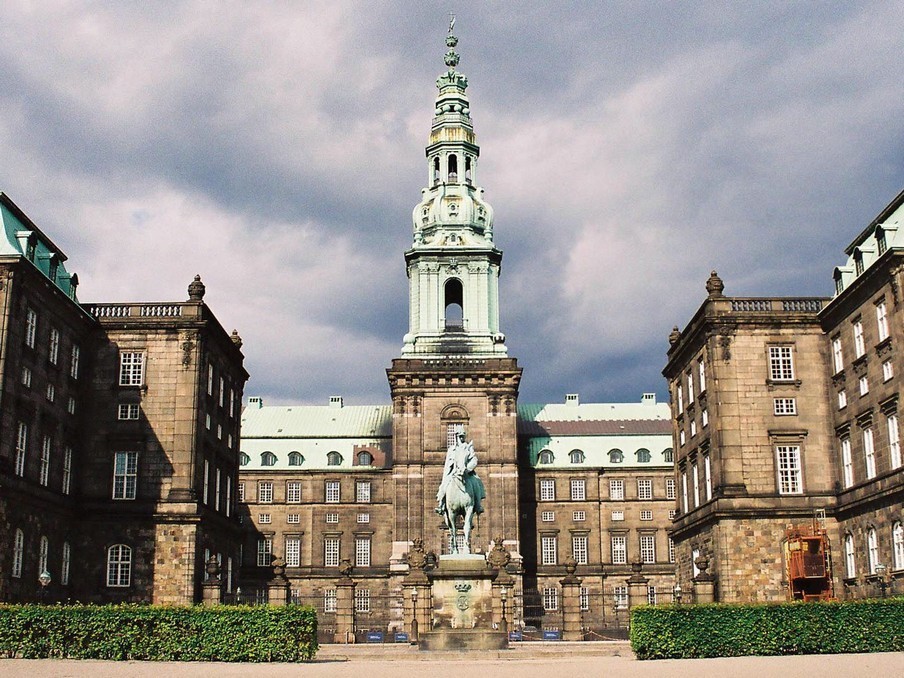 Former in its day both a defensive structure and a royal residence, today the Christiansborg Palace serves as the seat of the Danish parliament. The majestic building, built in the Baroque style, appeared on the map of the Danish capital in 1760. It was destroyed, rebuilt and restored more than once before it got its modern look, which allowed it to fit so well into the general architectural concept of Copenhagen.
You will find the palace on Slotsholmen Island in the old part of the capital. 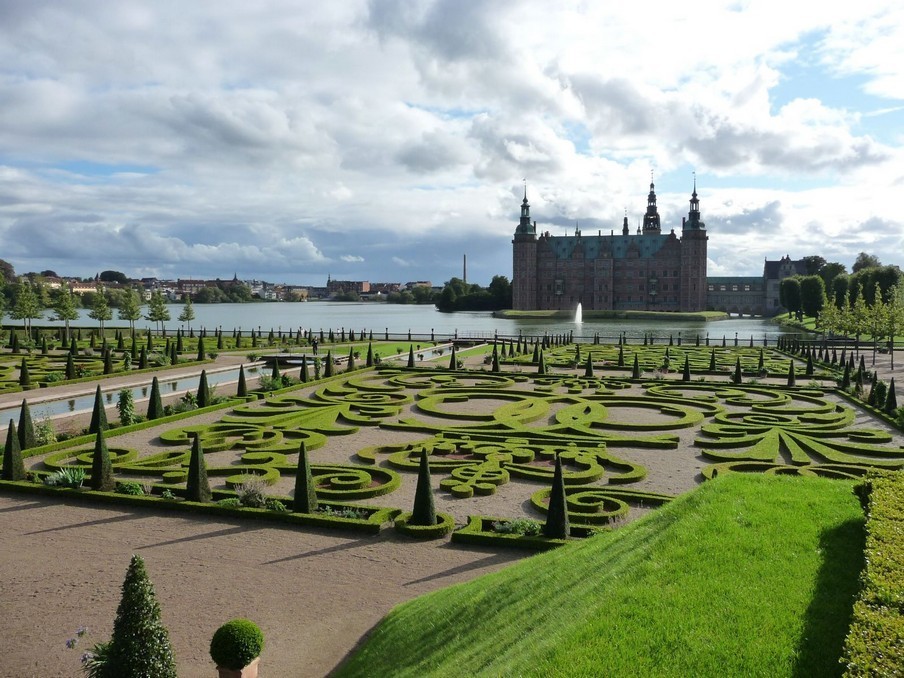 If you are interested in architecture, Frederiksborg Castle is a prime example of the Scandinavian Renaissance. It is called the pearl of the Danish architectural crown. The castle was built at the end of the 16th century by the then monarch as a residence, and today it serves as the Museum of National History and is open to the public:

The entrance ticket price is 10 euros. The museum is located in the town of Hillerød. To get there: train lines E from Copenhagen or L from Helsingor. From the station – bus N301, 302 to the castle. 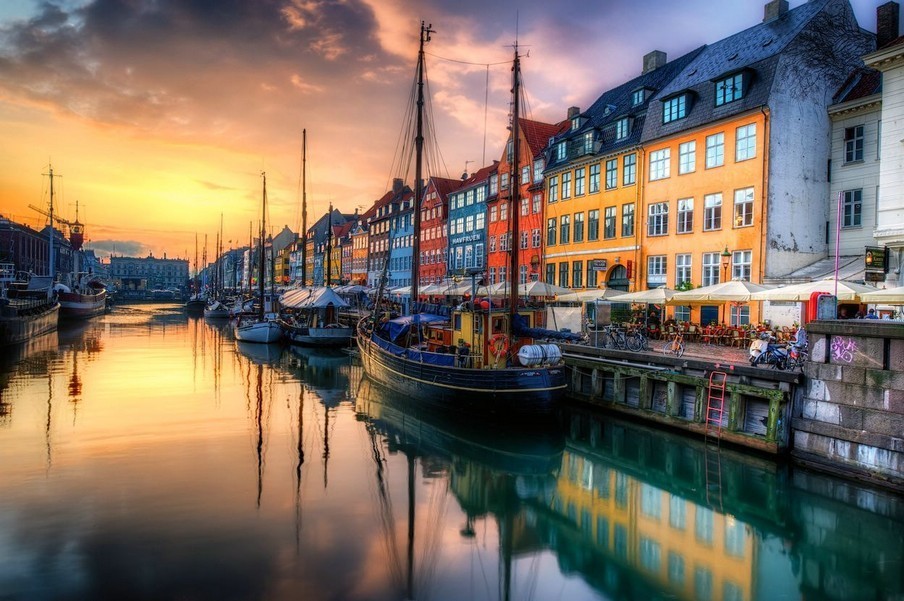 Copenhagen’s new harbor is one of the attractions of the Danish capital. The canal, on the banks of which dozens of colorful houses were built, was dug in the second half of the 17th century to obtain direct water communication between the city center and the Øresund Strait.
The most famous inhabitant of this part of Copenhagen was once the storyteller Andersen, who wrote his books in one of the local houses. Modern Nyhavn is a cluster of authentic restaurants with Danish specialties on the menu, souvenir shops and travel agencies offering canal tours. 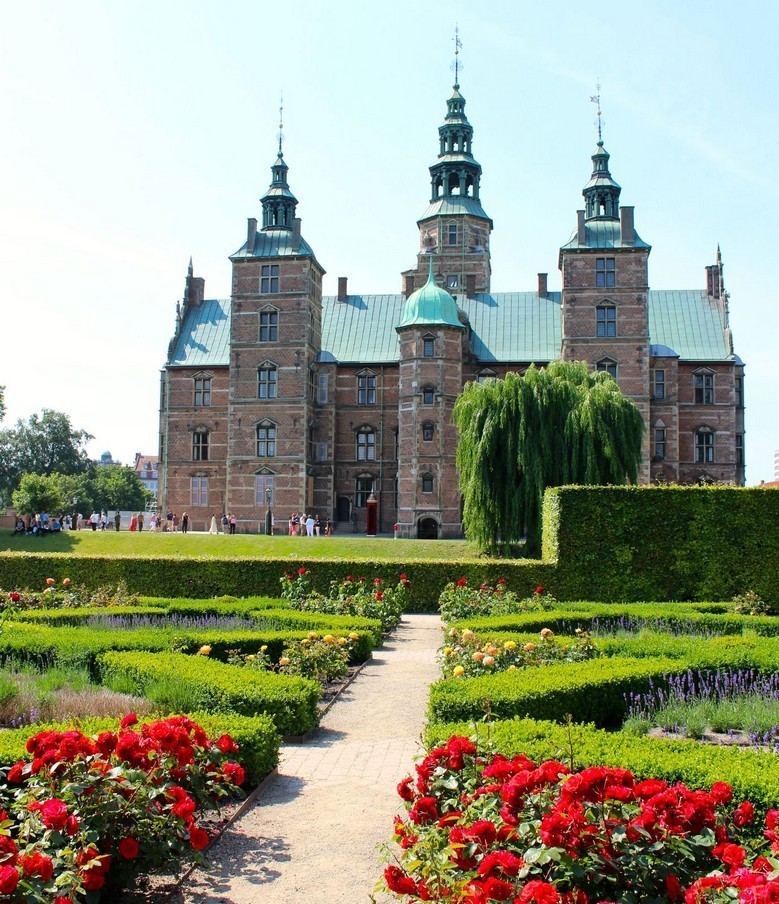 A particularly frequently visited park in the Danish capital, the Royal Garden is located in the vicinity of Rosenborg Castle. The first masters of landscape design appeared here in 1606 and since then the garden has repeatedly become a place for walks for royals, foreign delegations and other high-level meetings. Today, the park is given to mere mortals who want to admire the magnificent lawns, flower beds, sculptural compositions or just have a small picnic in the fresh air.
Close to the Royal Gardens you will find the Botanical Gardens and the Danish Art Museum. 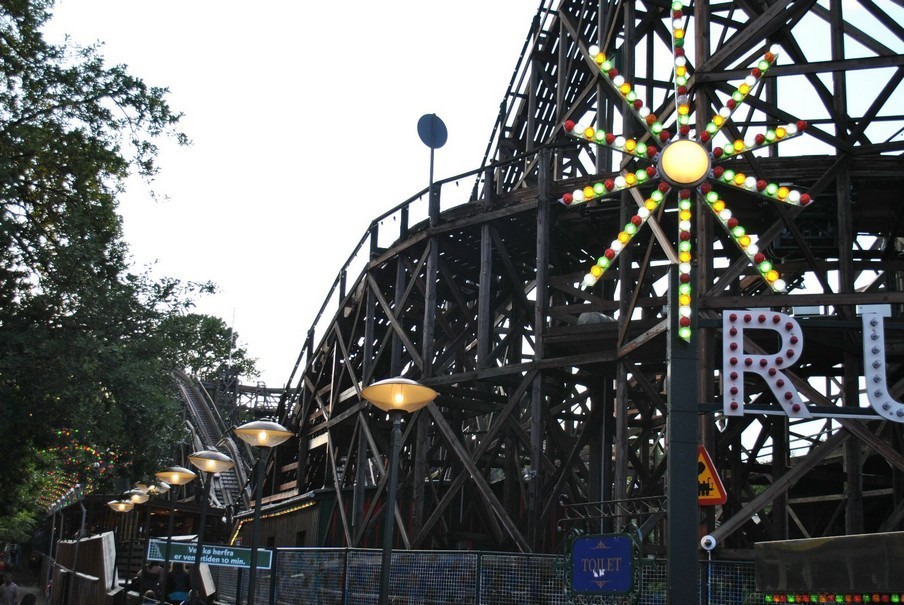 A world record holder, Direhavsbakken is officially considered the oldest amusement park on the planet. It was founded at the end of the 16th century and was originally a market in the park, where onlookers came to watch the performances of wandering artists. Then the park was equipped with attractions, which today can be counted about a hundred.
To the credit of the organizers, the park is stylized in antique style and looks almost the same as it did centuries ago.
Direhavsbakken is located in the north-east of Denmark in the Hovedstaden region. Address: Dyrehavevej 62 – 2930 Klampenborg. Entrance tickets – from 30 euros. 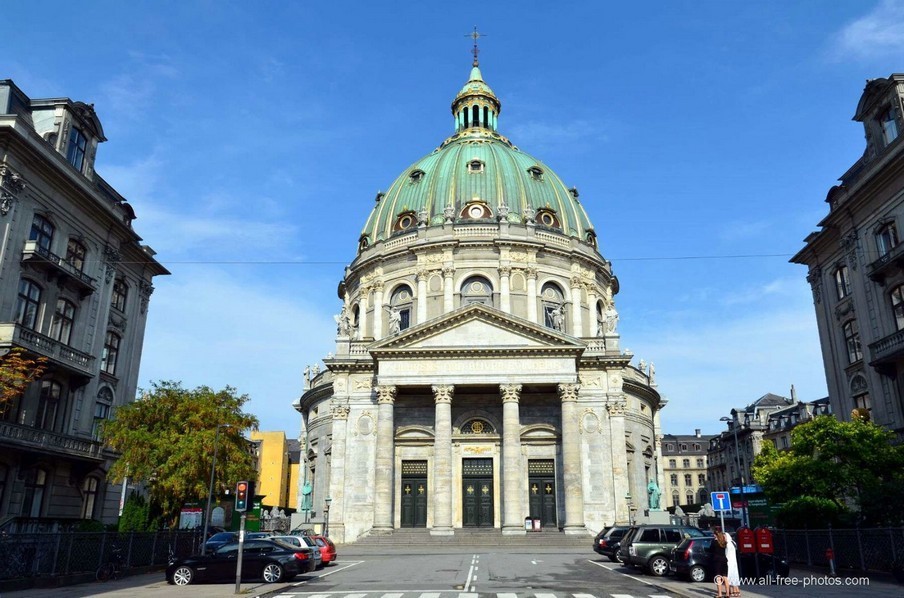 You will find a classic example of architectural Rococo in Copenhagen’s Frederiksstaden district. The construction of the marble church began in the middle of the 18th century. Lack of funds caused the construction to take almost 150 years.
Frederick’s Church is famous for its dome, the circumference of which is more than three dozen meters. This is a regional record and the dome of the Marble Church is the architectural dominant of the surrounding metropolitan area. The observation deck can be climbed on weekends for panoramic views of the Danish capital.

Magnificent views of the red stone castle open from the opposite shore of the lake, on the shore of which it is built. A Northern Renaissance monument, the mansion is reflected in the waters and looks especially majestic.
Its construction began in the first half of the 16th century on the island of Funen. A museum exposition is open today in the castle. The exhibition of retro cars, which has 50 magnificent examples of the automotive industry of the 19th-20th centuries, is especially popular.
You can visit Egeskov every day from 10.00 to 19.00. The price of the issue is from 25 euros.
In addition to the castle of Egeskov on the island, you will find the city of Odense with the local palace and the tomb of St. Knud. Odense is also famous for the fact that it was here in 1805 that the great Danish storyteller G. H. Andersen was born. 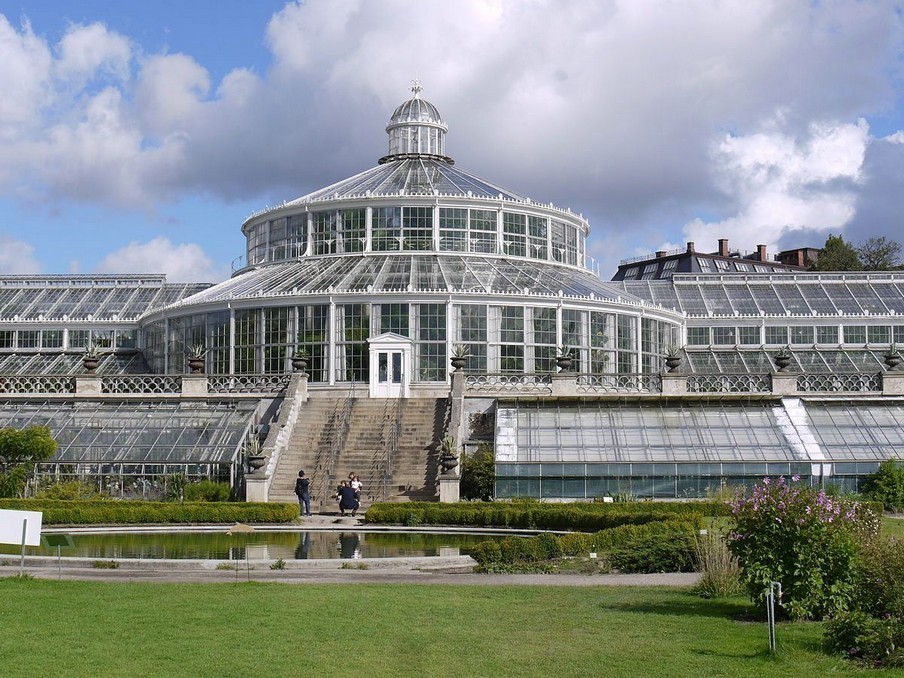 In 1600, the local monarch Christian IV began to think about preserving the collection of medicinal herbs, which could disappear after the reformational closure of the monastery gardens. This is how a modern landmark of Denmark appeared, where you can look at 13 thousand plant species, including taxodiums, which are more than 200 years old.
The main greenhouse of the garden was built on the initiative and with the financial support of the founder of the Carlsberg brewery, Jacob Christian Jacobsen.
The entrance to the garden is located at via Øster Farimagsgade 2 B or Gothersgade 130. From April to September, the garden is open from 8.30 to 18.00, during the rest of the year it closes at 16.00. 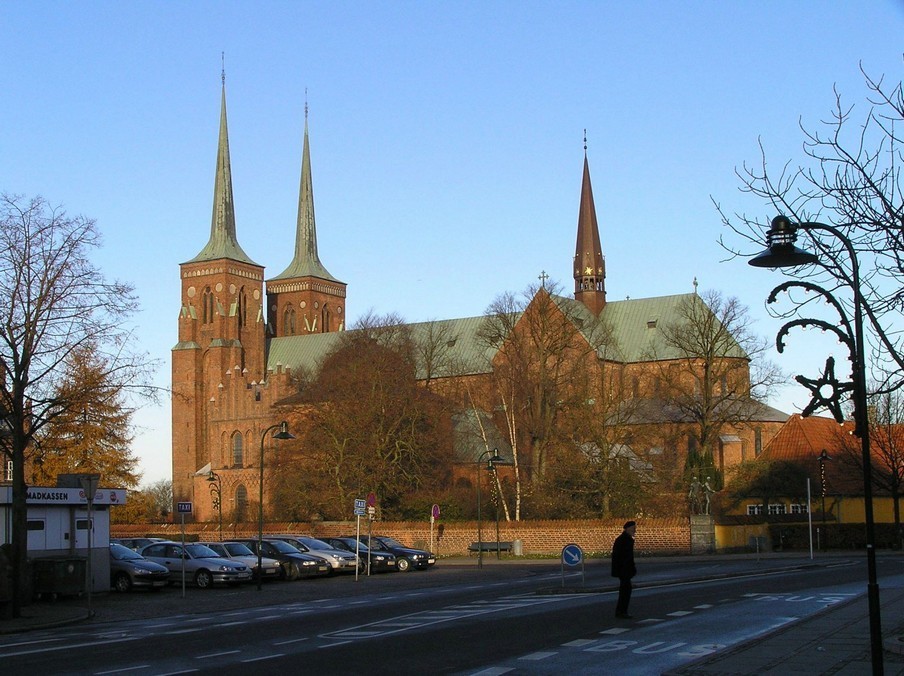 The tomb of Danish kings is located in the main cathedral of the country, included in the UNESCO World Heritage List. It was built at the end of the 13th century in the brick Gothic style on the site of a previously existing wooden church. The predecessor was erected in X by King Harald Blue-tooth.
The marble sarcophagi are decorated with the finest carvings, and the tomb of Margreta of Denmark is the most revered among the Danes. 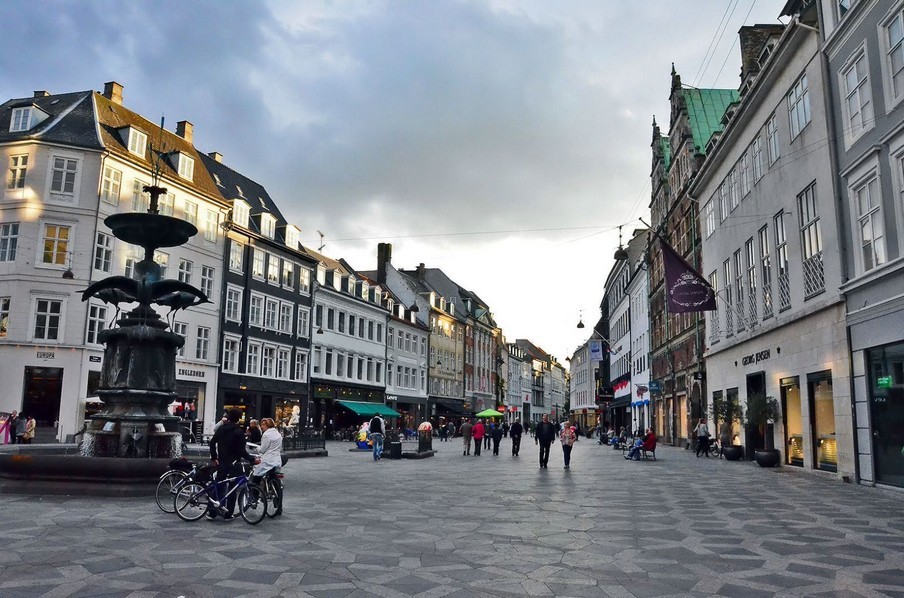 The oldest and longest pedestrian street in Europe is Stroeget in Copenhagen. Here you will find many attractions: medieval churches and the University of Copenhagen, small squares and houses with colorful facades. Stroeget is a real paradise for shopaholics. Every morning on the street dozens of souvenir shops, brand boutiques and shops with a great selection of clothes, shoes and accessories open their doors invitingly. 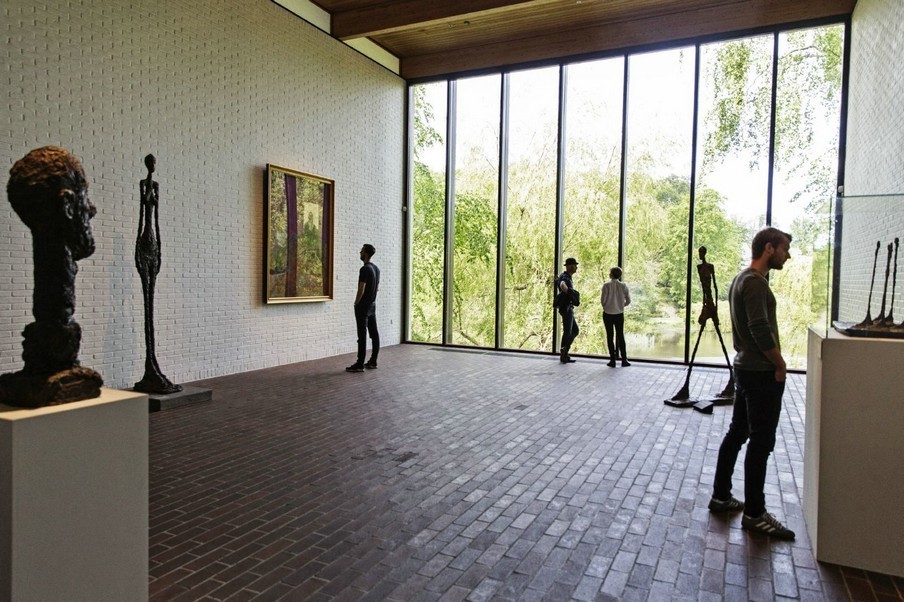 On the shores of the famous Øresund Strait, which connects Denmark with Sweden, 35 km north of the capital, the Danish Museum of Modern Art is open, where you can view a rich collection of paintings and sculptures by masters of the 20th century. The main characters of the exhibition are paintings by Pablo Picasso, Yves Klein and Andy Warhol. The name of the museum has its own history – the estate was founded by the court huntsman, who married women named Louise three times.
The ticket price is 17 euros. The day off is Monday. Address: Humlebek, Gl. Strandvej 13.

Previous article
Amsterdam Nightlife: What You Should Know
Next article
Beaches in Punta Cana