Things to Do in Cuba: Top 15 Tourist Attractions 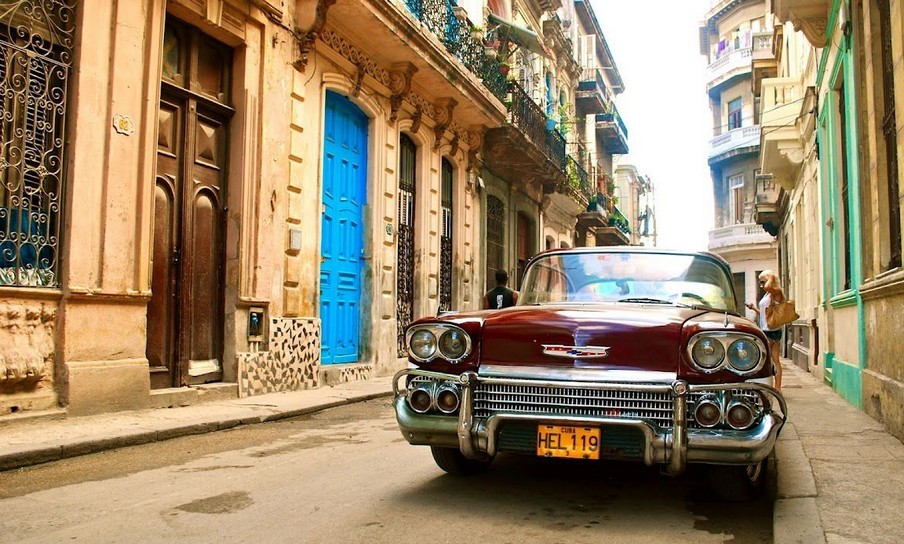 More than 2 million people vacation in Cuba each year, with tourism on Liberty Island being one of the main sources of income. If you are interested in the answer to the question “What to see in Cuba?”, pay attention to the sights of Havana, Holguin, Santiago de Cuba, Cienfuegos.

It is recommended to visit Cuba in November-April, but the cost of tours in these months increases by 30-40%. You can save money by flying to Cuba in May-October, when it is humid and hot. It is better to swim in the winter (the water warms up to + 24-25˚C), windsurf in the rainy season and dive all year round.

The most reliable and inexpensive way to rest well in Cuba is to buy a ready-made tour. This can be done without leaving your home. All tours with no extra cost (including last minute) are collected in one database and can be booked: Find Tours to Cuba 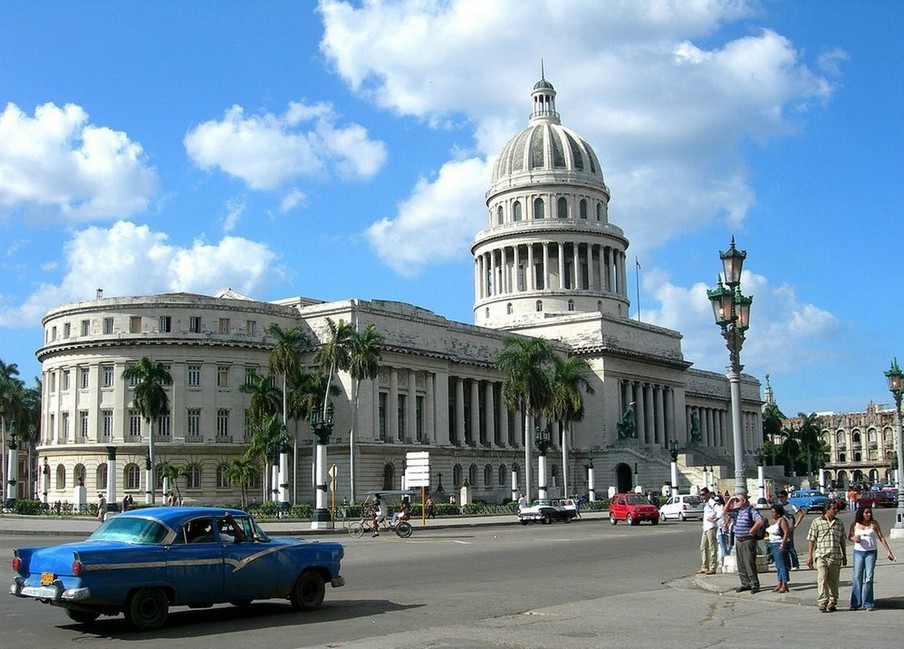 In the 6-story Capitol building, there is a sculptural female statue of Cuba (the role of the model was played by one of the residents of the Cuban capital – Lili Valti), conferences are held in the halls and bronze doors are decorated with reliefs with scenes from Cuban history. The Capitol is also equipped with a library, the headquarters of the Ministry of Science, a historical museum, a 92-meter dome, which is topped by a replica of the statue of Mercury (adorns the Bargello Palace in Florence), a zero kilometer marker (it was formerly decorated with a diamond, but today it is kept at the Central Bank of Cuba, and in its place it is now glass). The building is surrounded by landscaped gardens, where you should be able to relax. 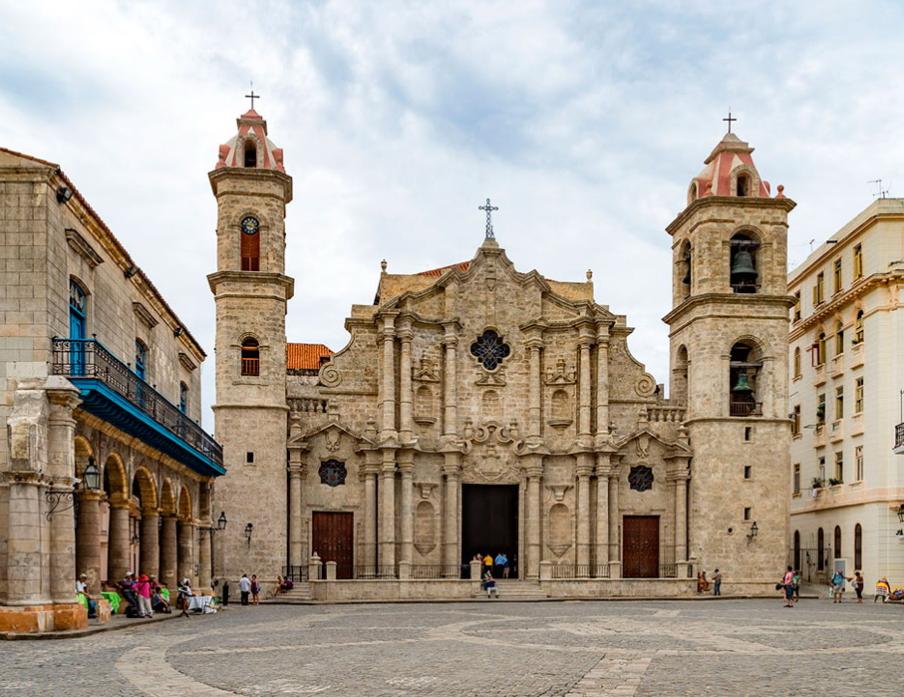 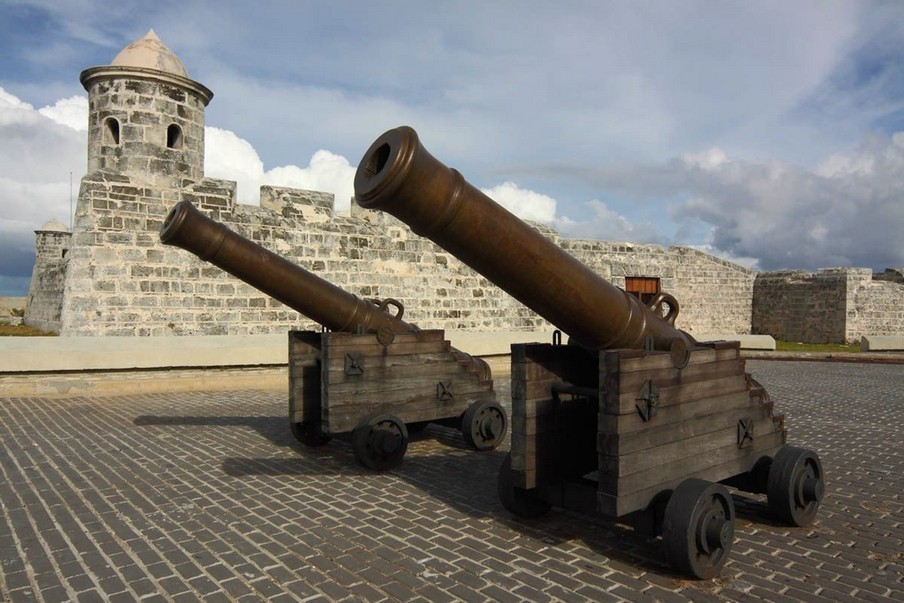 Fortified buildings of the 18th century La Cabana are located in the port of Havana, and from here it is convenient to take panoramic photos of the old city (to become the owner of the most beautiful photos, it is better to take them at sunset). The equipment of the complex is represented by restaurants, café-bars, souvenir stores, a museum of ancient weapons, an office of a museum commander with Che Guevara’s household items stored there. And next to the fortress walls, everyone can see the 18-meter high statue of the Havana Christ.

Be sure to visit the cannon night ceremony: the guards, dressed in ceremonial uniforms from the 18th century, march to the cannon which fires at 9 pm. 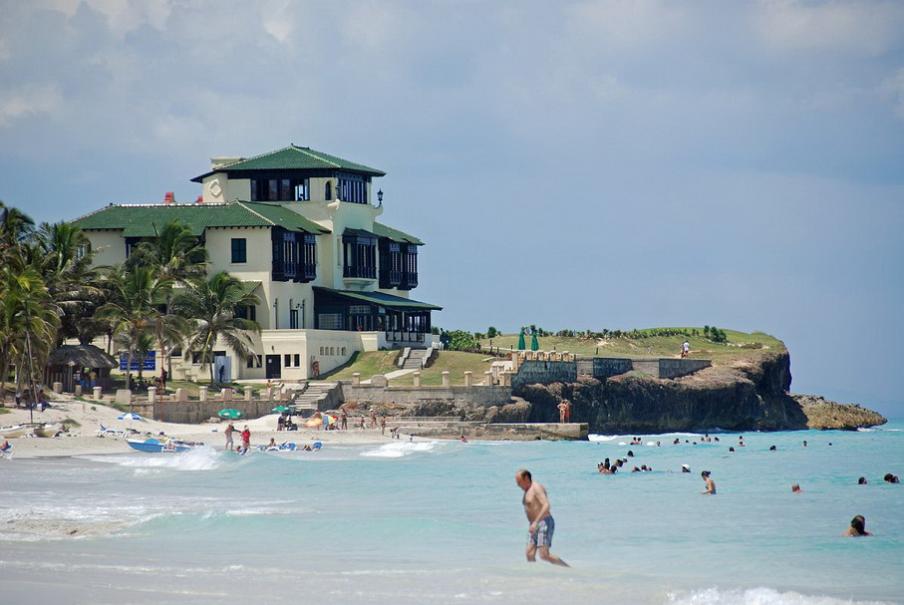 Villa Dupont in Varadero is located on the coastal cliffs at the tip of the Icacos Peninsula. This four-story villa with 11 bedrooms, 7 balconies, 3 terraces, a private pier, a garage for 7 cars, gardens with avocados, papaya and coconut palms growing there, once belonged to the multimillionaire Irene Dupont de Nemours, where on his order, even an elevator was installed. But after the nationalization of the manor (1959), first a school was opened within its walls, and then a restaurant that still functions (serving international cuisine), along with a mini-hotel with 6 rooms, wine cellars and a panoramic bar.

The villa also attracts golf enthusiasts, as it becomes the venue for international competitions every year (there is an 18-hole golf course on the territory). 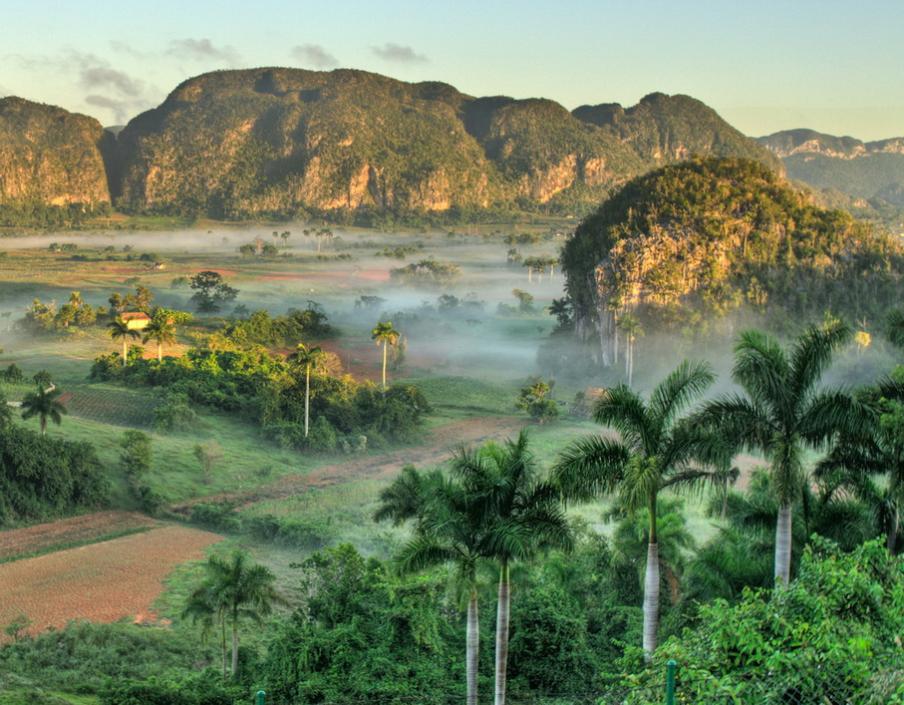 In the valley (you can drive by it on a sightseeing bus that runs 9 times a day) you can meet a small Cuban finch, a hummingbird bee, a Cuban Todi, as well as rock climbing and hiking. 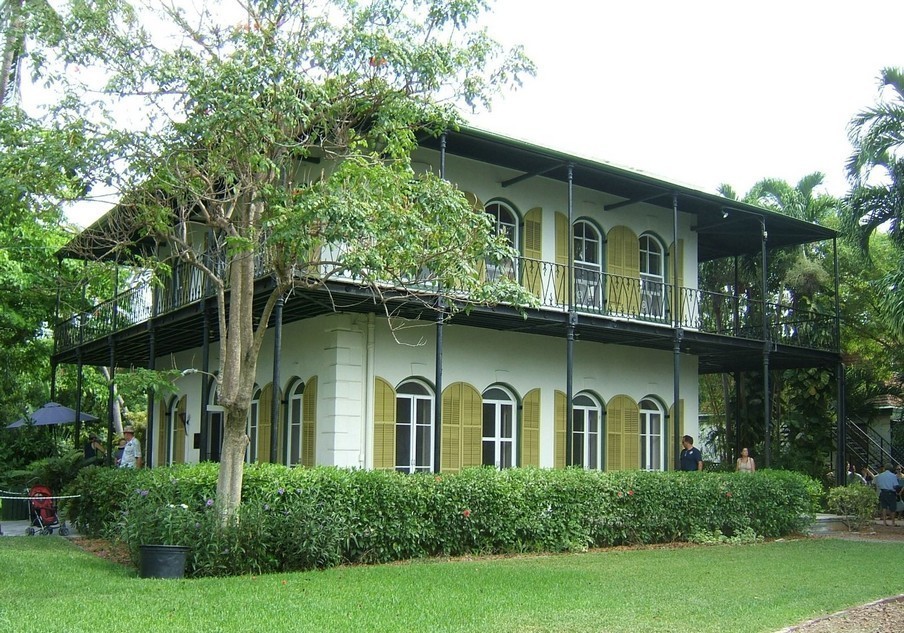 The Hemingway House Museum is a landmark in the suburb of San Francisco de Paula in Havana. After calling on the services of travel agencies, you can take an excursion “to the places of Hemingway,” which involves inspecting not only the writer’s house (guests will see shelves with books, photos, insignia, equipment, guns and other personal belongings of the writer, and in the garden there will be a boat “Pilar” where Hemingway went fishing, lived and wrote great works), but also the village of fishermen Cochimar. In addition, everyone will take a walk to the Ambos Mundos Hotel (where Hemingway lived before buying his house) and the bar-restaurant Bodeguita del Medio (one of the writer’s favorite places). 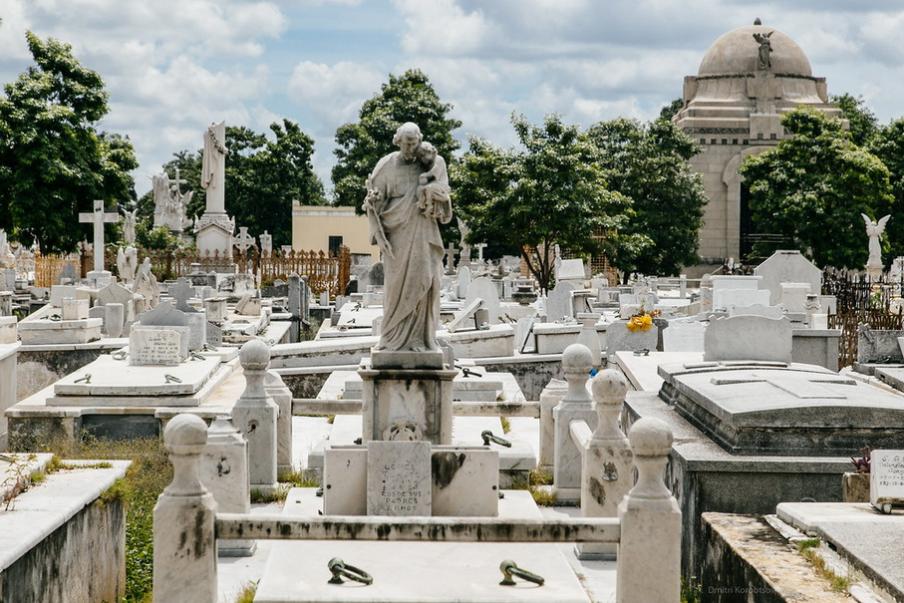 At the Colon Cemetery in Havana, you can see more than 500 sculptural tombstones and monuments (in addition to white marble sculptures, there are Egyptian pyramids and spherical structures in art nouveau style), especially a memorial honoring firefighters, 23 m high (they died putting out a fire in May 1890). More than 800,000 people are buried here, notably musician Ibraim Ferrer, composer Hubert de Blanc, poet Juan Chabas, Cuban president Jose Miguel Gomez, pianist Ruben Gonzalez, photographer Alberto Corda, ethnographer Fernando Ortiz. The grave of the girl Milagros deserves special attention (she died in childbirth and is considered the patroness of mothers). During the tour they will tell you what ritual should be performed to fulfill the requests at her grave. 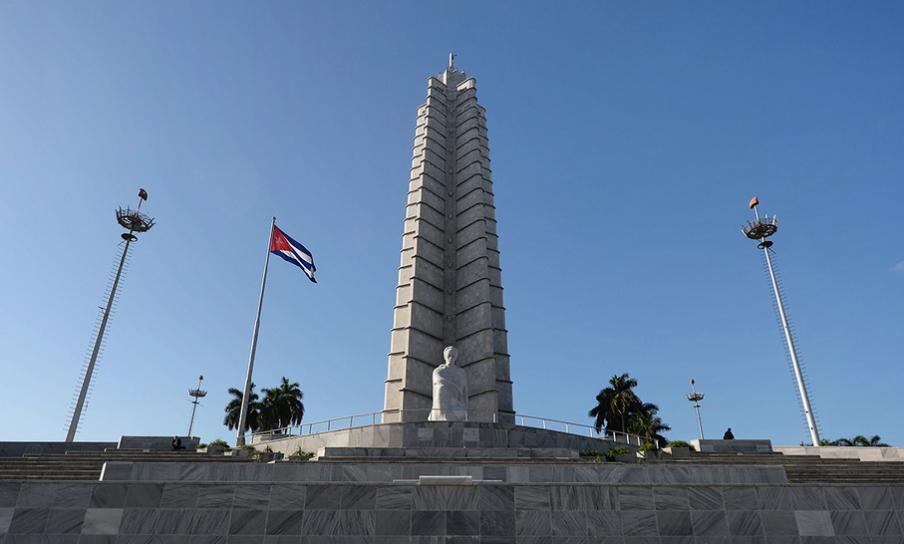 Jose Marti is the national hero of Cuba and a monument in his honor has been erected in the capital of this country. The memorial complex includes a 109-meter tower (shaped like a five-pointed star), an 18-meter statue of Marty surrounded by 6 columns, the Marty Museum (the exhibition of several rooms is represented by photographs, documents, letters and personal belongings of Marty, and you can also see Venetian ceramics, which reflect 89 of his statements from letters covered with gilding) and gardens. Tourists may climb the monument to admire a panoramic view of Havana from the glass viewing platform, especially the Vedado area. 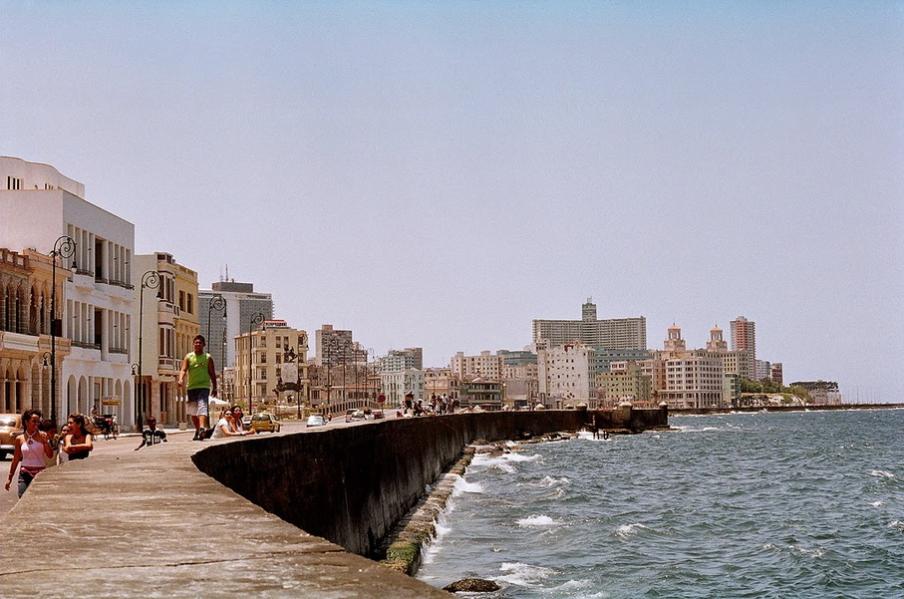 The Malecon is both Havana’s waterfront and the 7-kilometer promenade that runs through 14 blocks of the city, and is home to the poorest Havana’s fishing, as well as the February carnival and Sunday performances by Cuban bands. The hotel “Miramar”, colonial buildings, an 18th century watchtower, a house with caryatids, a monument to Gomez, a monument to Maceo are subject to inspection … It is best to come to Malecon at sunset. 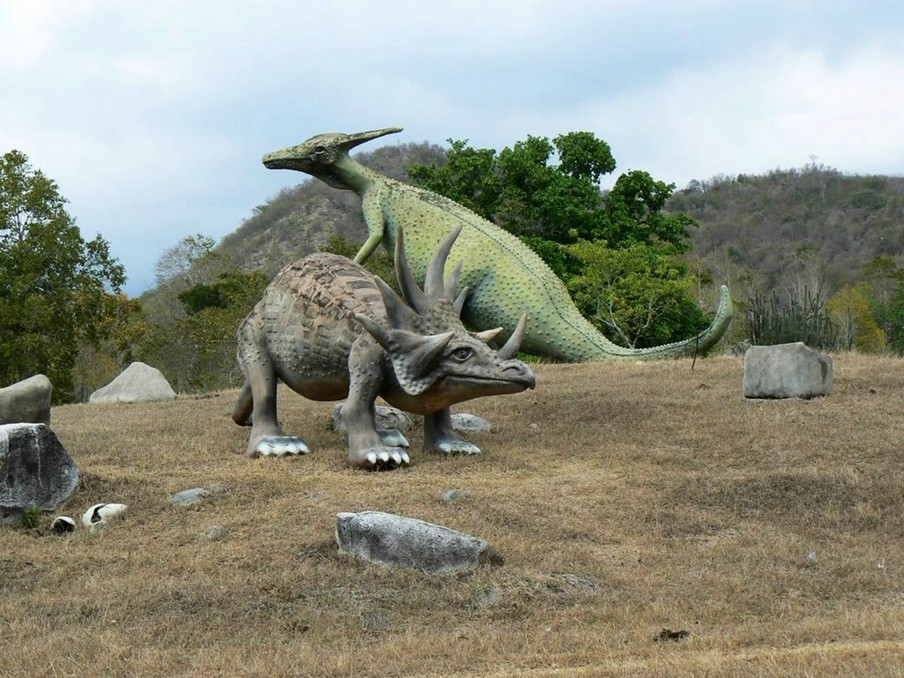 In Bakonao National Park, you can visit and see the following: 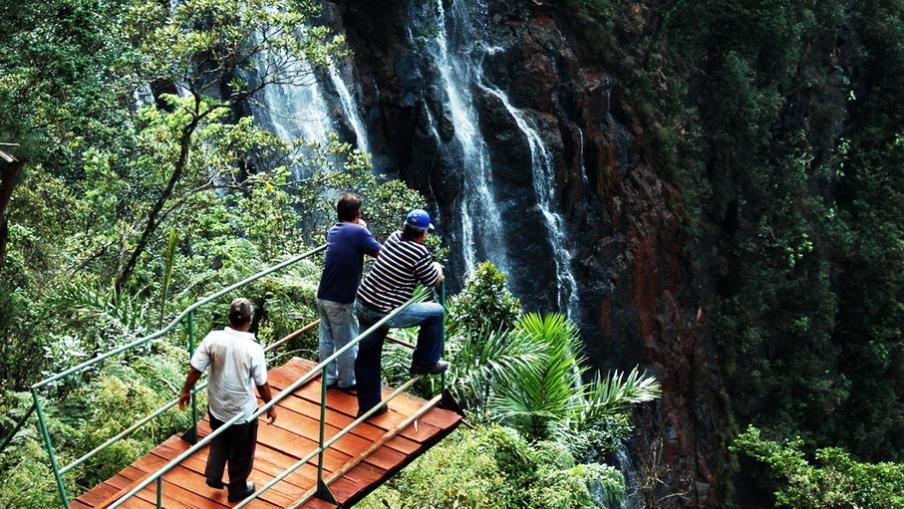 The Salto del Guayabo waterfall is located at an altitude of 546 meters in the Sierra de Nipe mountains.The water flow is divided into 2 waterfalls, which flow down from a height of 85 m and 127 m along the slopes. Those who descend to the dam can stand under waterfall jets or swim in crystal clear water. Near the waterfall you can see ferns (36 species), orchids (33 species), several trees with a height of 15-20 m, as well as meet the Tokoro bird and spend time in an area with a pleasant microclimate. 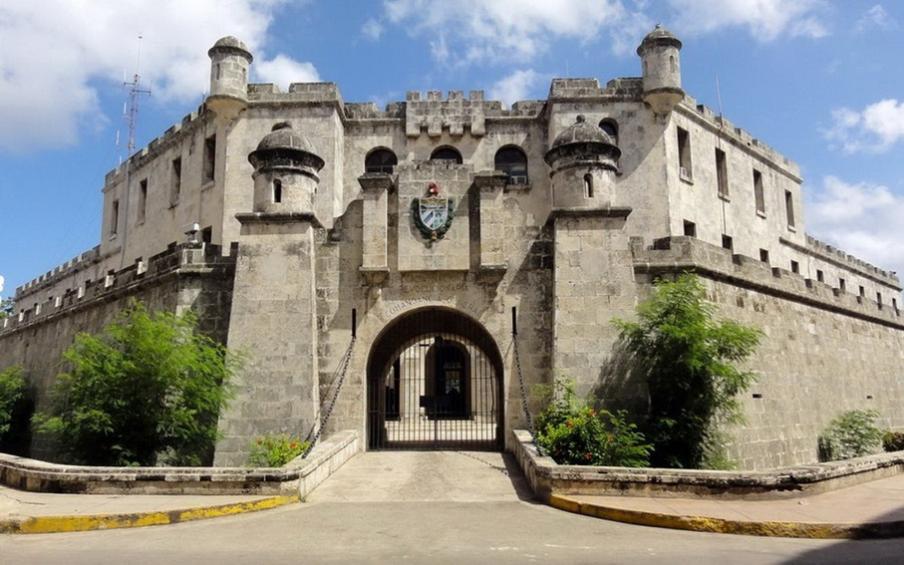 The fortress La Fuersa is located in the west of the port of Havana. Until 2010, the Museum of Cuban Ceramics was open here, and now – the Maritime Museum, where everyone can see numerous ships, as well as a 4-meter copy of the ship Santisima Trinidad (it is equipped with interactive touch screens). Those who want to will go into the hold of this ship to inspect navigational instruments and finds retrieved from the seabed. 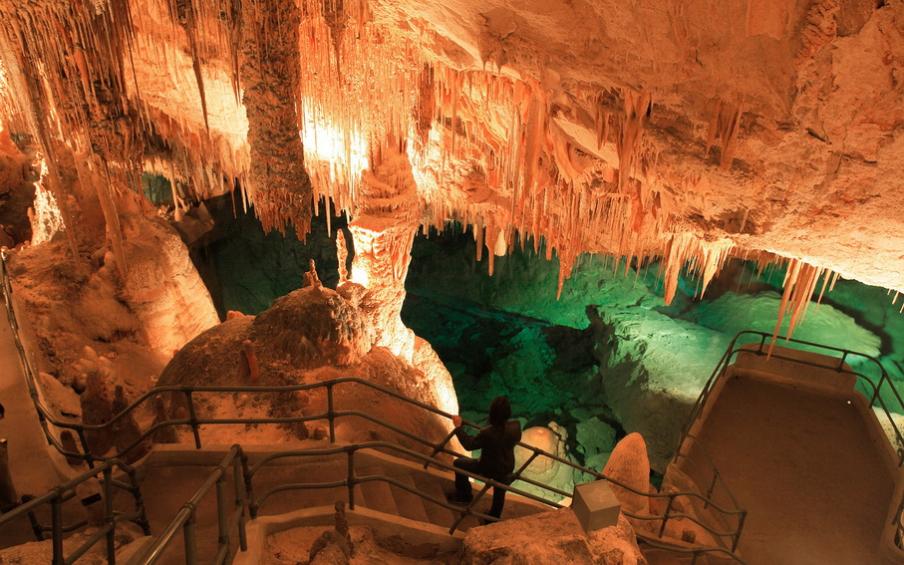 The Bellamar cave is located 3 km from Motanzas. Glory was brought to it by crystalline formations of stalagmites and stalactites, several tens of thousands of years old. It was opened for paid visits in 1862, when a descending cave was installed there (a staircase with 159 steps leads down) and several caves were equipped with a lighting system. The underground galleries extend for 23 km, but not all of them are accessible to tourists. Here you can see the Gothic Hall (cave width – 25 m, length – 80 m), a stream with clean and cool water, a stalactite “Mantle of Columbus”, 12 m high. 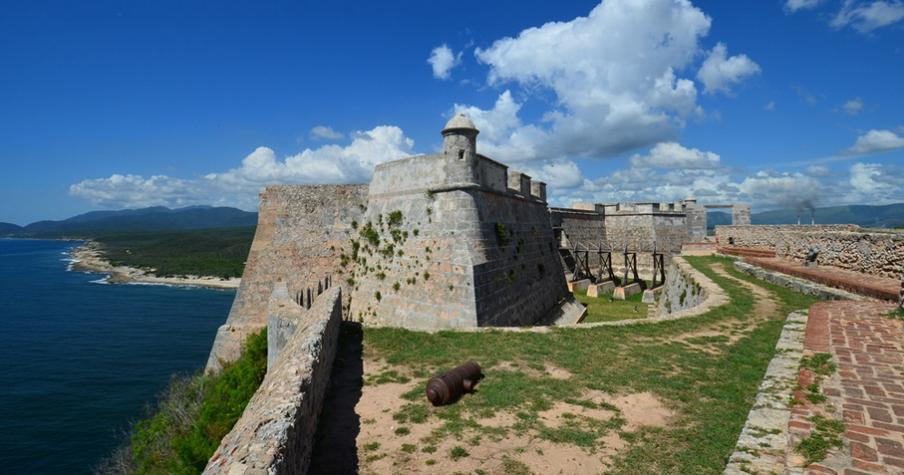 The fortress of San Pedro de la Roca in Santiago de Cuba “guarded” the city against pirate attacks (it was equipped with a large stockade for supplies, 4 floors of terraces, 3 shelters for artillery). In 1775 prisons were opened in the fortress (the most famous are “La Estrella” and “La Roca”). Today it houses a museum on the history of piracy and next to it is a Cuban restaurant. And at night, tourists are entertained with cannon fires (performed by the guards). 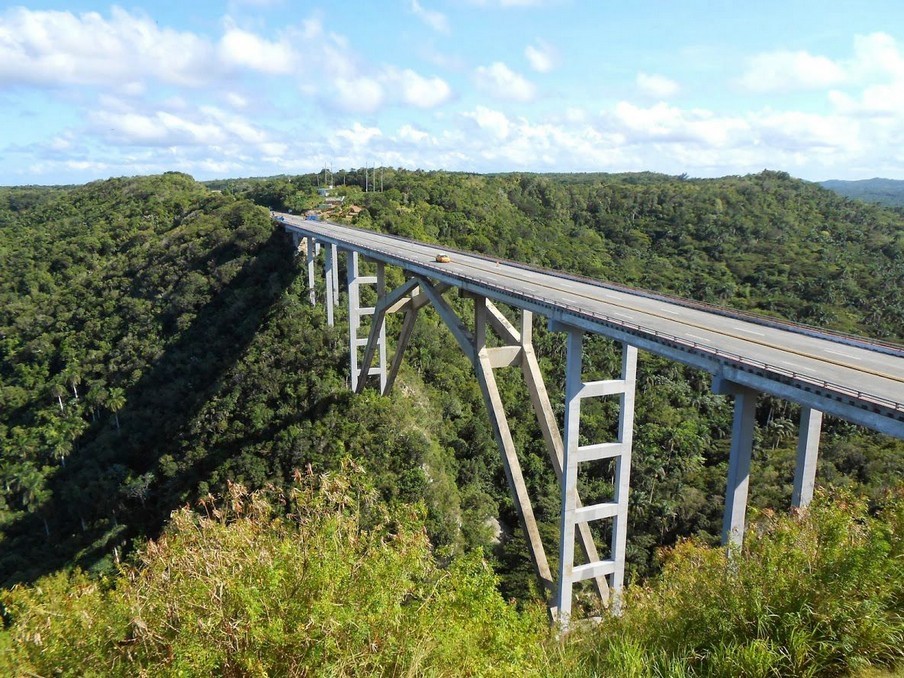 The Bacunayagua Bridge was built to shorten the route from Havana to Matanzas. Supports the bridge, 314 m long and 103 m high, 41 columns. Nearby, travelers will find an observation deck where they will have the chance to admire the mangrove swamps (they are a haven for 74 species of birds, 8 species of amphibians and 16 species of reptiles), green hills, the Yumuri Valley and also to satisfy hunger at the Mirador café and enjoy Cuban music performed by a traditional ensemble.

It is best to rent a car to drive across the bridge and appreciate its charms (from Matanzas, take the Via Blanca highway).