Things to Do in Crete Greece 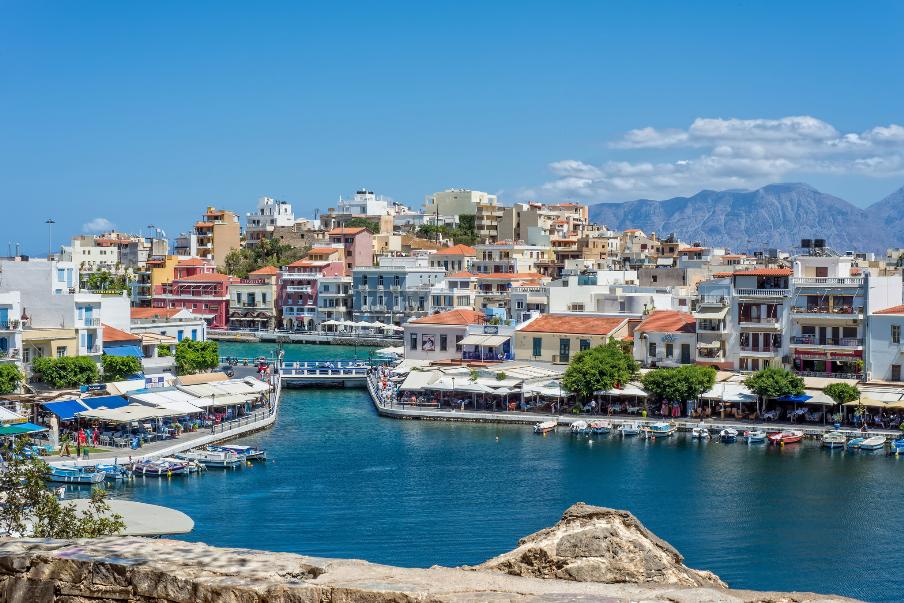 
The largest of the Greek islands, Crete is also a popular Mediterranean beach resort. Thousands of guests from all over the world spend their holidays at its resorts every year. The reason why tourists love Crete is not only in clean beaches and gentle warm sea.

Greece is traditionally visited by fans of ancient history and ancient architecture, and recommendations on what to see and where to go in Crete cover many sites. You will find ancient ruins, museums with rich collections of artifacts, and ancient monasteries in the guidebooks for the island.

From the history textbook 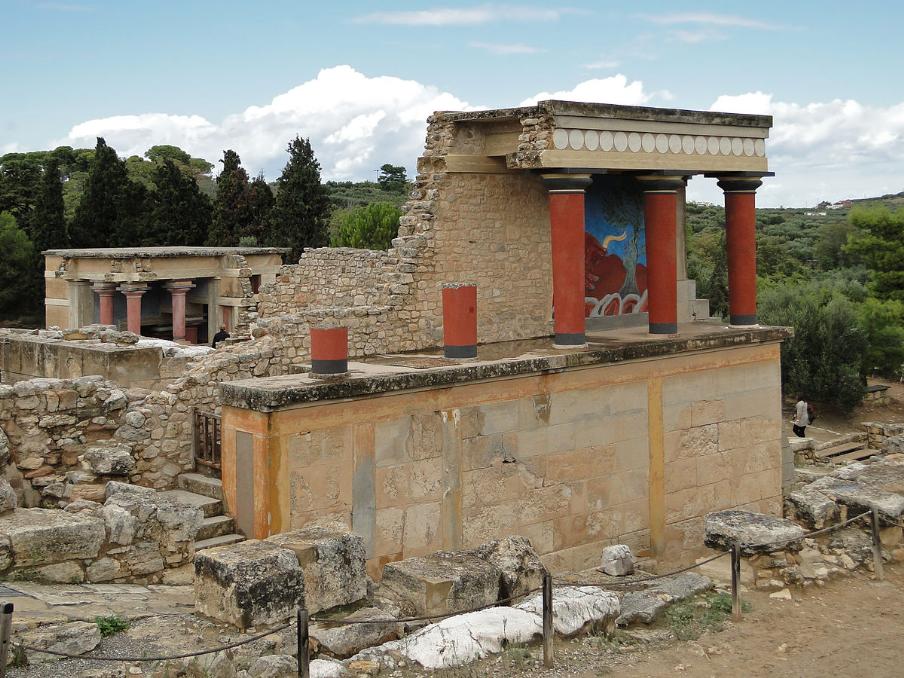 The Palace of Knossos and the labyrinth of the Minotaur are the most famous sights of Crete. All guests of the island are traditionally in a hurry to go here on an excursion and remember the legends and myths of Ancient Greece.

The palace was built in Crete in 2000 BC. e., but after three hundred years it was destroyed by an earthquake. By rebuilding the residence of their king, the Minoan architects showed the world the clearest example of architectural and engineering skill.

There were more than a thousand different rooms in the palace: from luxurious ceremonial halls to utility pantries. It represented the center of Knossos – administrative, political and cultural. The interiors were quite austere and did not contain unnecessary decorations, but the size and engineering solutions of the palace are impressive even today.

The grandiose scale of ancient construction in some visitors gives rise to quite legitimate reasons to believe that the labyrinth of the Minotaur is the Palace of Knossos. The intricate system of rooms, halls, staircases and corridors could have inspired the myth-maker, if not for the fact that the palace was built much later than the legend was born. However, temporary inconsistencies in no way diminish the significance of the Minoans’ construction project, and excursions to the Palace of Knossos were and remain the most popular on the island. 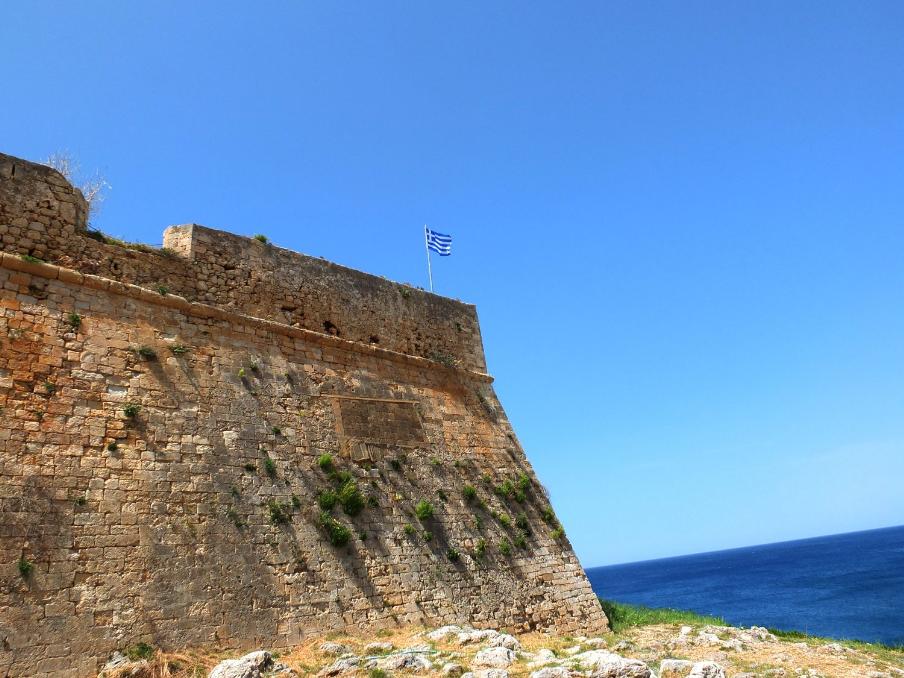 The era of the domination of the Venetian Republic left on Crete several fortresses and forts that have survived to this day almost unchanged. Kules is one of the island’s fortifications. The fortress was founded five centuries ago by the Byzantines, but soon the Venetian engineers redesigned it in their own way, and the Ottoman builders gave Kules a final look. Three gates have survived in the walls, over which winged lions were located. Today only two symbols that survived over the entrances remind of Venetian domination, but the fortress museum exhibits many interesting witnesses of that era – cannons, ship anchors and amphorae found in the sea that sank along with the ships that went to the bottom.

On the Palekastro hill of the Rethymno resort stands another silent guard and a former outpost of the Venetians. Fortezza was built in the 16th century. on the ruins of the ancient sanctuaries of the ancient Greek gods. The Venetians strove to fortify Rethymno, which served as their naval base, and the Fortezza fortress successfully fulfilled its task over the years. Palekastro offers a wonderful view of the sea off the coast of Crete and it is especially recommended to go to the fortress for an excursion to lovers of artistic photography.

Places of worship in Crete 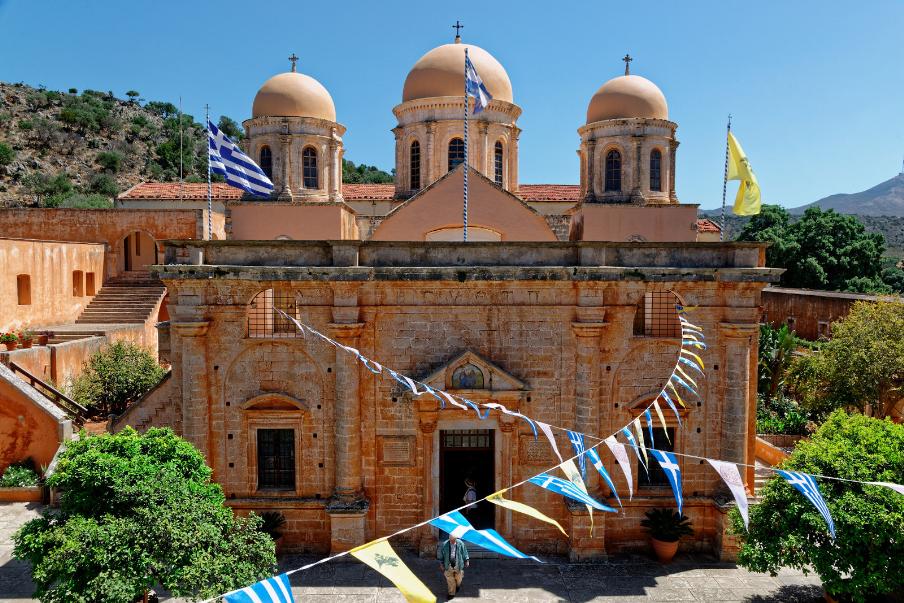 In addition to secular attractions in Crete, there are many temples and monasteries that will interest tourists: 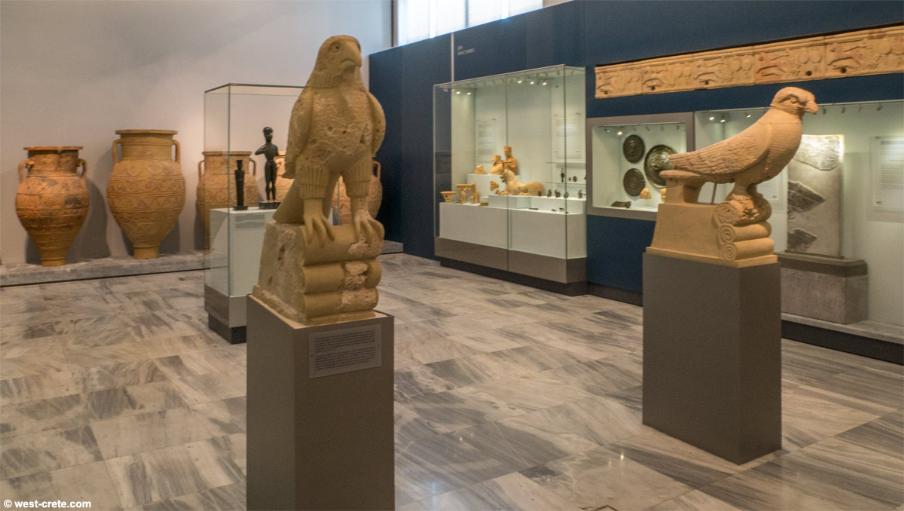 Among all Cretan museums, the archaeological exposition in the town of Agios Nikolaos is the richest in antique rarities. The museum was founded in 1970. It presents to visitors with an interest in history, thousands of exhibits left in the land by various civilizations. The oldest finds of archaeologists have lain there for about five millennia. They belong to the Minoan civilization and were found in the eastern part of the island. In each of the halls of the museum are presented the most valuable artifacts of the ancient era – vases and tombstones, coins and smoking vessels in the form of female figures, jewelry and tools.

In the Archaeological Museum of the city of Heraklion, monuments from the times of the Minoan civilization are presented no less diverse. Ceramic objects and jewelry found during archaeological research in the Messara Valley are of particular value. The main exhibit of the collection of the Heraklion Museum is the Phaistos disc, made of terracotta and depicting various objects, animals and other symbols. Scientists have not been able to fully unravel the message encrypted on the disk.

The Historical Museum in Heraklion offers to trace the entire history of Crete and all the vicissitudes of its fate. It opened in the middle of the last century. The exposition presents collections of the Byzantine and Ottoman periods, ethnographic rarities, coins and jewelry, fragments of frescoes and paintings. The museum is proud of the paintings of El Greco, who was born a couple of tens of kilometers from Heraklion in the village of Fodele. Part of the museum’s exposition is devoted to folk crafts and everyday life of the inhabitants of the island. The halls display agricultural implements, household items, dishes, toys and clothes.

To Crete with children

Flying with your family to Crete on vacation? The beautiful island is very friendly towards little tourists, and therefore the question of where to go at the resort with kids or teenagers is very simple. For example, you can go to a family amusement park with a very appropriate name for Crete “Labyrinth”. The park’s rides are suitable for children of all ages. Naturally, the labyrinth is also present in it. Children and adults will love the excursion offered to lovers of the history of the Ancient World, and in the cafe “Labyrinth” you can recuperate and refresh yourself on a hot summer day with ice cream and soft drinks.

Water City is the island’s largest water park and a family favorite for all of its guests. Attractions in Water City will not let the youngest visitors, teenagers or their parents get bored. Water slides and fountains, pipes and pools with an artificial wave, a river with rapids and bungees – in total, more than three dozen attractions and playgrounds operate in the park. Guests can have a bite to eat at the Water City cafe, and leave things in the luggage room.

Crete Aquarium is another place on the map where you can spend time with the whole family. Go there with your children, and they will be delighted with the acquaintance with the inhabitants of the underwater kingdom. In total, the Cretan aquarium is home to more than 2,500 thousand representatives of the marine fauna. Behind the glass of huge tanks, you will see octopuses and seahorses, variegated fish and transparent jellyfish, bright starfishes and predatory sharks. 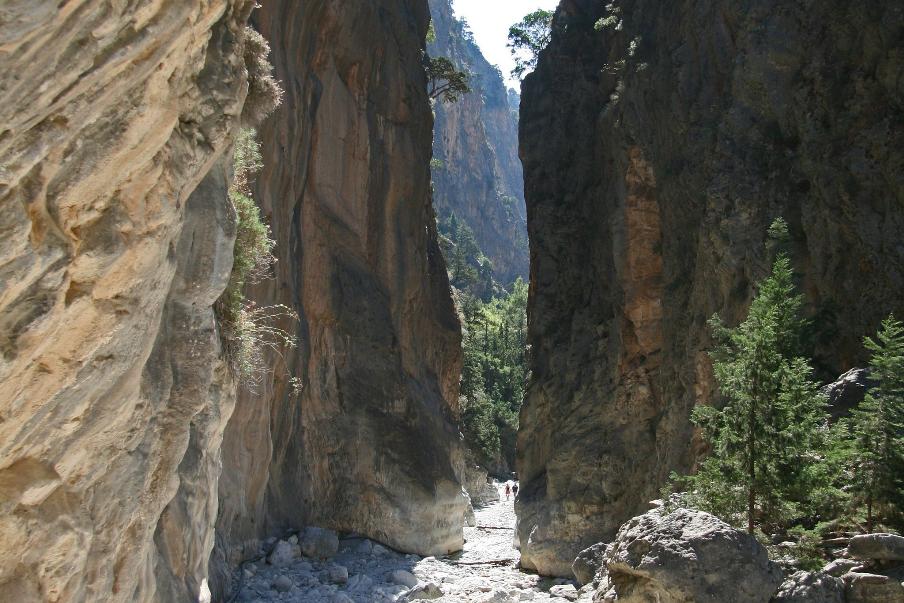 Samaria Gorge and Zeus Cave are the most popular miraculous attractions on the island.

Delicious points on the map 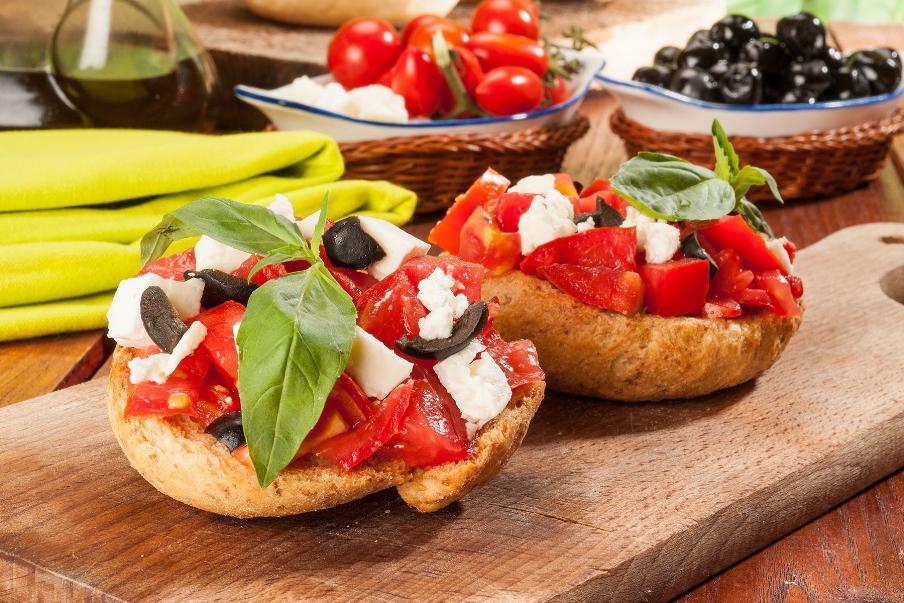 After long excursions and active water activities, I especially want to enjoy the wonderful Greek cuisine. Where to go for dinner if you are in Crete for the first time and still do not know the right addresses?

The most popular establishments on the island are called taverns. They are usually family-run businesses and prepare food like home – solid, hearty, simple and inexpensive. Choose a tavern with locals sitting at tables. Usually in these restaurants and cafes the prices are lower, the portions are larger, and the food tastes better.

Among the huge list of establishments, the GEORGIA’S tavern on the shores of Lake Kurna, the Merastri and Medusa restaurants in Heraklion, the Swell Restaurant at the very edge of the surf in Kokkini Hani and the Kymata Restaurant overlooking the bay in Hersonissos deserve a special location for gourmets. All establishments offer an unlimited selection of wines, seafood and fresh fish dishes and traditional Greek cuisine made with perfectly selected ingredients of the best quality.

Previous article
Halong Bay in Vietnam: Top 10 Attractions
Next article
Where to stay in Berlin