Things to Do In Canada: Top 15 Tourist Attractions 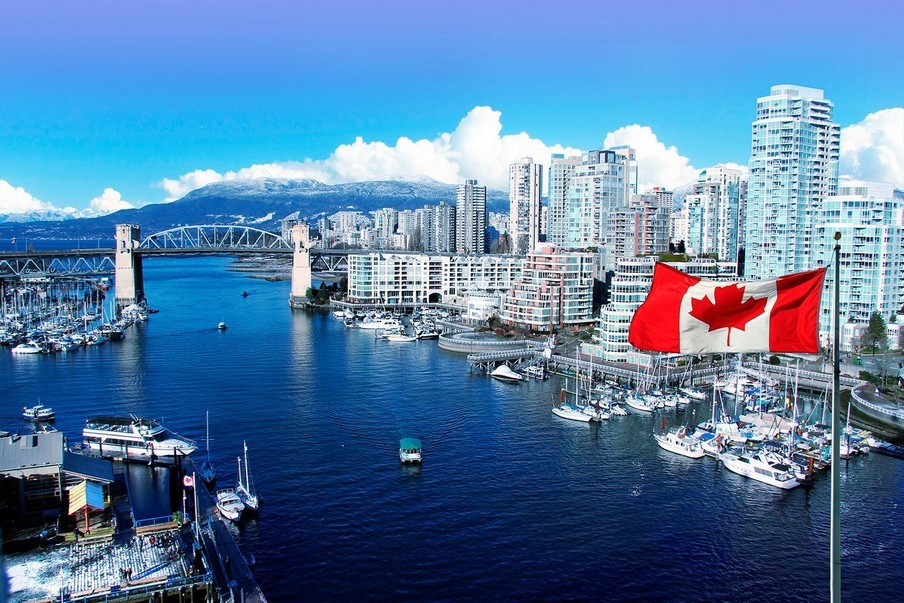 Canada ranks second in the world by area and is one of the most interesting countries in the world, so the number of attractions is just enormous. There are 18 World Heritage Sites (from the list compiled by UNESCO). Among them:

But the list of tourist destinations in Canada is not limited to the UNESCO protected sites ! So which cities and parks, museums and temples to visit in this beautiful country, what to see in Canada? 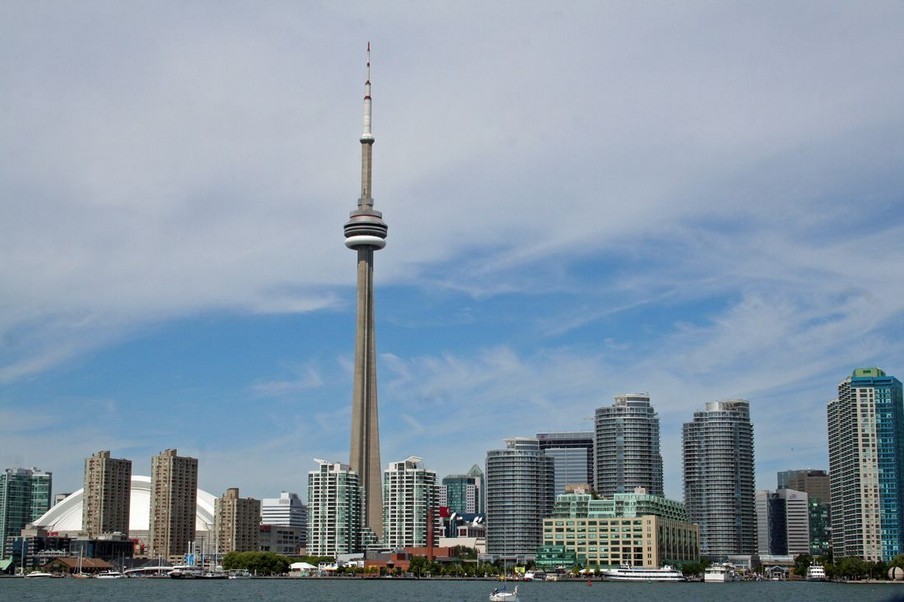 This is one of the attractions of Toronto which is the largest city in the country. This is a TV tower with a height of more than 500 m. It is one of the tallest buildings in the world. Tourists love to be photographed against the backdrop of this monument, and also visit the observation deck with a glass floor, located in the building at a height of 350 m.In addition, the television tower is famous for its revolving restaurant and beautiful views from the windows. 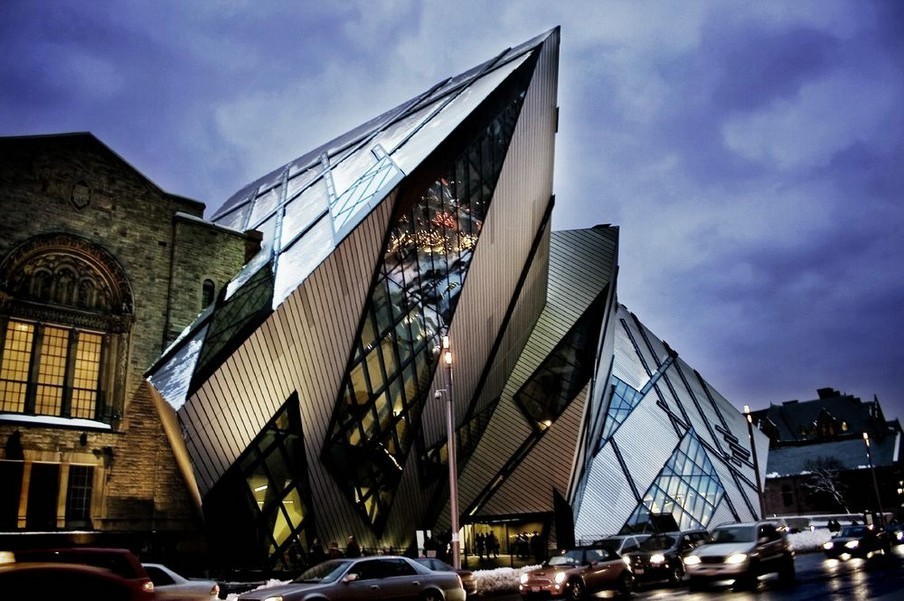 It is considered one of the most interesting museums not only in the country, but around the world. Located in Toronto. Founded in the mid-19th century. The museum has over 40 galleries and more than 6 million exhibits. The museum’s permanent exhibits are dedicated to the culture of different countries and natural history. Here you can see an interesting collection of dinosaurs, learn about African and East Asian artworks, learn more about the culture of the Middle East… You can talk for a very long time about the museum’s exhibits. This amazing place is a must for anyone interested in world culture and natural history! 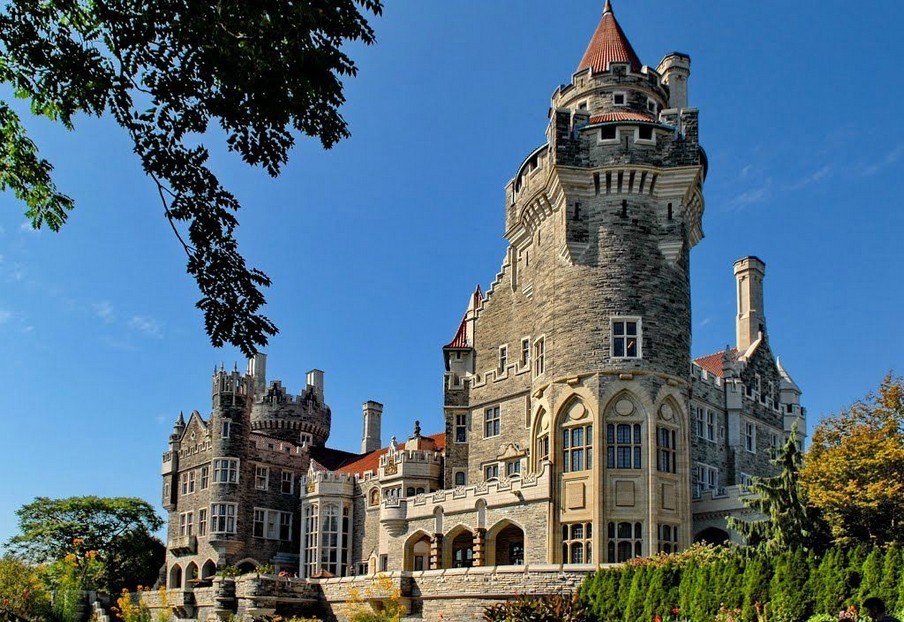 Another Toronto attraction. A neo-Gothic castle built at the beginning of the 20th century. The structure was commissioned by a Canadian millionaire. He later went bankrupt and sold the castle. Within the walls of a huge building was housed a hotel, which was then used as a stage.

In the 1930s, the castle became the property of the city. The question was raised about the demolition of the building, whose maintenance was very expensive. But there was a way to use the castle to attract money to the city coffers: it was decided to turn the building into a tourist attraction.

The castle consists of 98 rooms, two floors are occupied by an organ. The owner of the building dreamed of creating a real fairy tale palace full of secrets and surprises, so several secret passages were made in the building. Construction of a huge swimming pool was also started, but it was never completed. 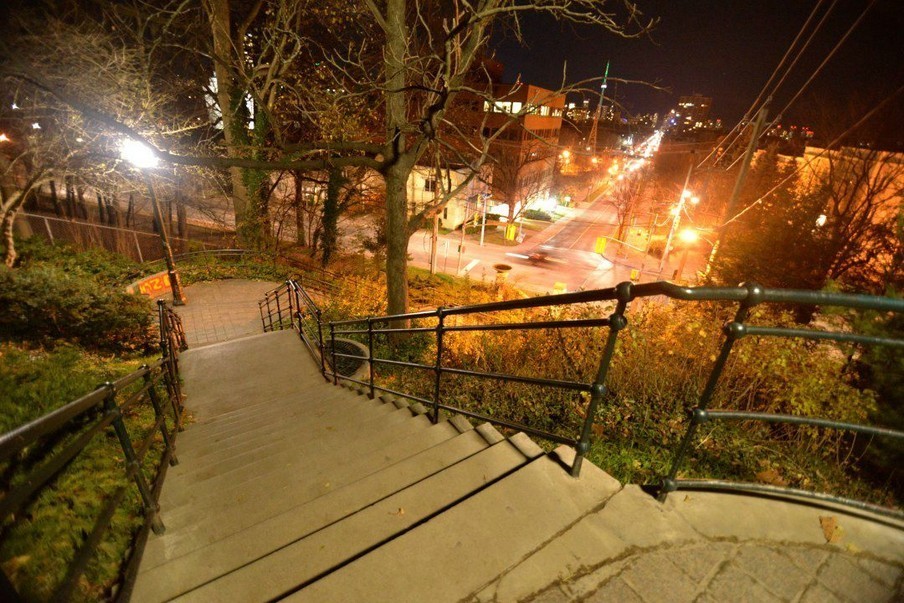 The city of Toronto is rich in attractions, one of which is a concrete staircase that leads to the top of a steep hill (some call it a mountain), a lakeside terrace at the end of the last ice age.

The staircase has over a hundred steps. It was originally made of wood, but fell into disrepair at the beginning of the 20th century and was replaced by a new staircase made of concrete. 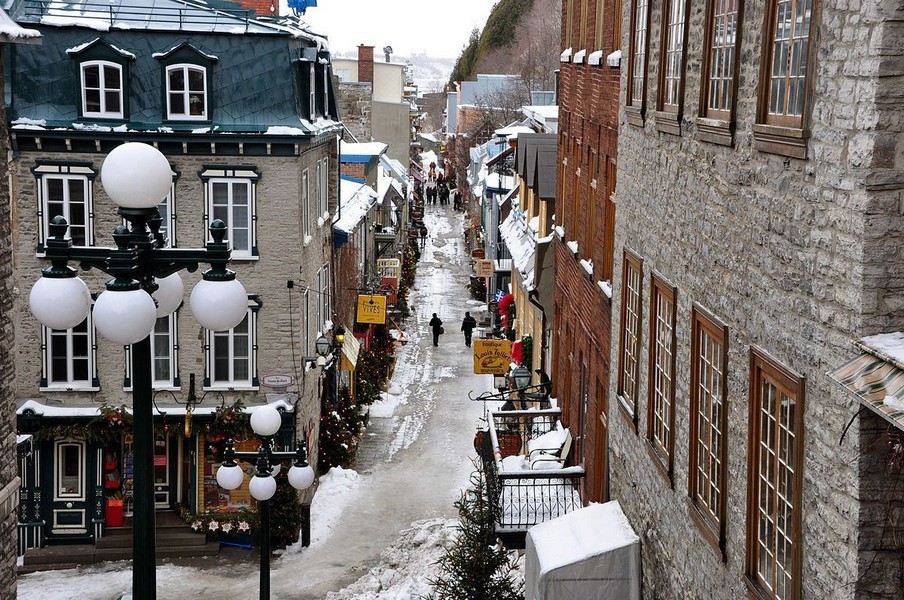 The oldest buildings have been preserved to this day thanks to Count Frederick Dufferin, who was the Governor General of Canada at the end of the 19th century. At that time, the people of Quebec decided that the old military fortifications were disrupting the development of the city. Their destruction had begun. When the Count heard about this, he was surprised and convinced the locals to stop. In this way, buildings of great historical value were preserved. Those of them, which were nevertheless partially destroyed, were ordered to be restored by the count.

One of the most interesting attractions of the historical part of the city is the hotel Chateau Frontenac. Built at the beginning of the 19th and 20th centuries, it was designed in the style of old French castles and is the most photographed hotel in the world. 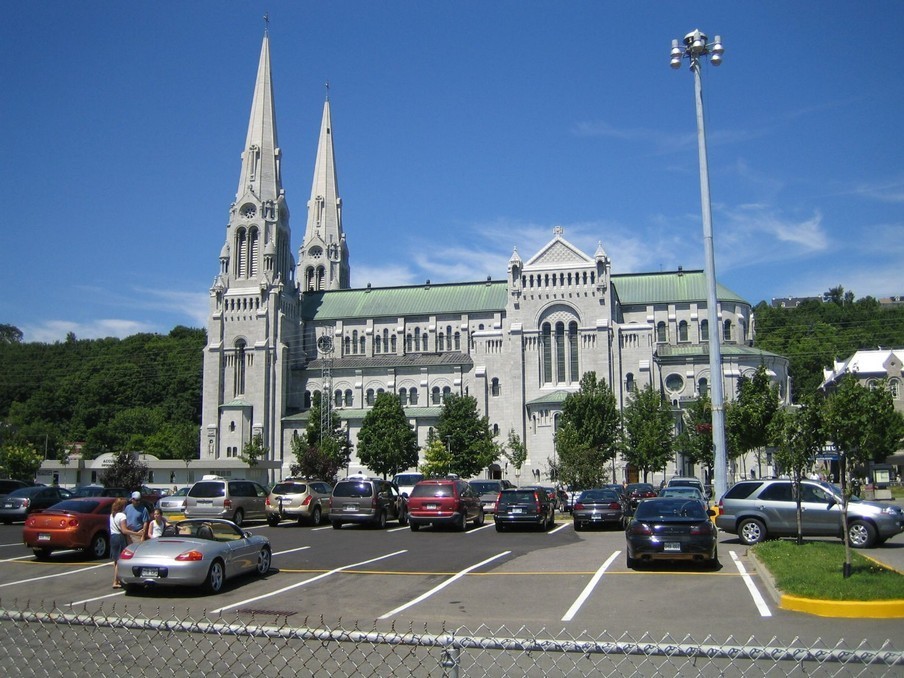 Located near Quebec. The basilica, founded in the 17th century, is known for the miracles that take place here. At its entrance there are crutches and walking sticks on special racks: these items were left by those who previously could not walk without their help, but were then cured in the basilica.

Over the past centuries, the temple has been expanded several times, as the number of pilgrims trying to enter it grows constantly. In the 1920s, the building was actually destroyed by fire, after which it was rebuilt. 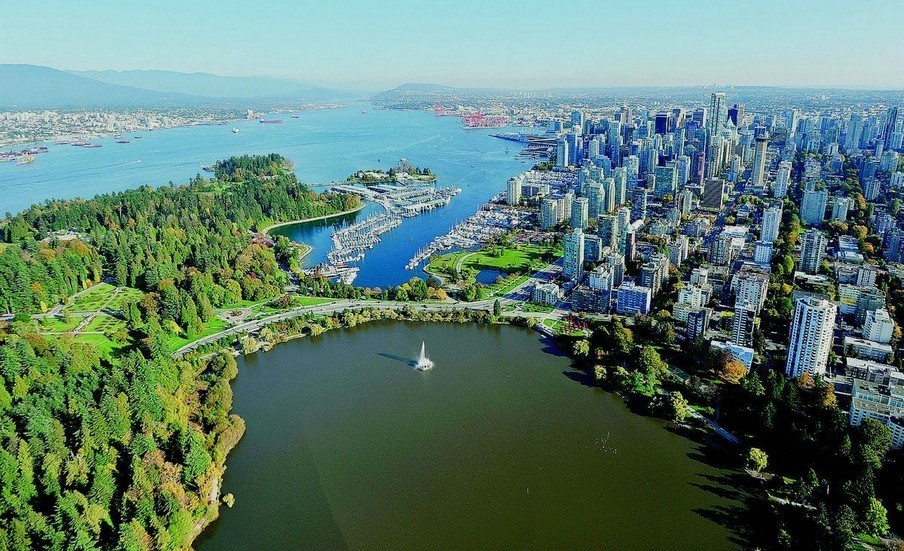 One of the main attractions of the city of Vancouver . The area of the park is over 400 acres. Here you can see artificial lakes and ponds, sports fields and long walking paths, huge trees for bicentennial trees … Millions of travelers visit the park every year.

There are several tourist attractions that are particularly popular. Among them:

It also houses the aquarium, which is not only a popular attraction but also a center for marine research. 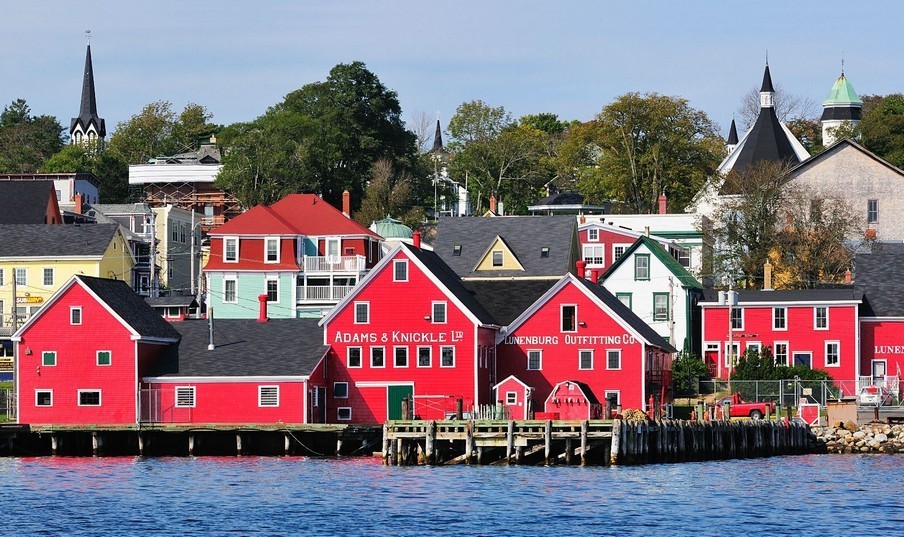 Founded in the mid-18th century as a British colonial settlement, today it is protected by UNESCO as one of humanity’s greatest values (it is listed as a World Heritage Site).

In ancient times, this area was inhabited by Native Americans. After the foundation of the city here, they often invaded the area. To protect themselves from the Indians (and also from the French, whose warships posed a danger to the city), local residents built small forts. Many of the buildings from that period are perfectly preserved to this day. Even some of the wooden buildings from the 18th century have been preserved. 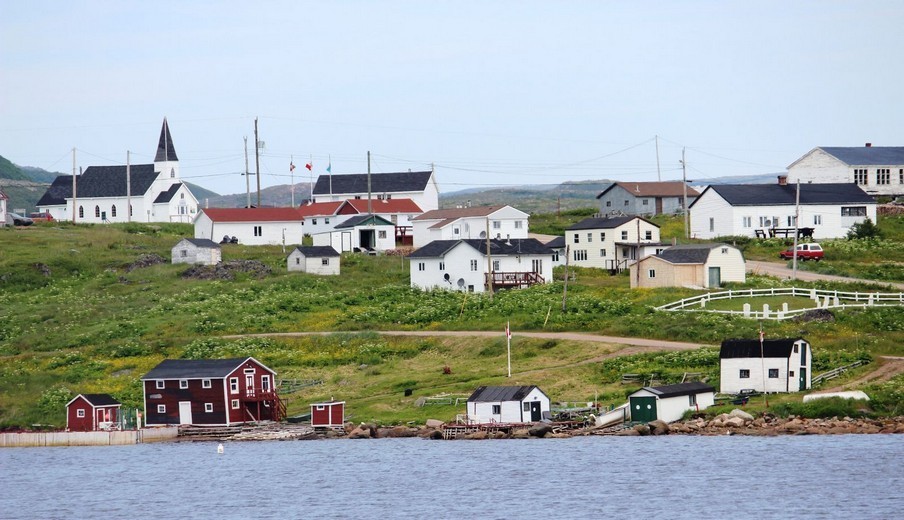 A village in the northeast of the country, known as the center of whaling in the 16th and 17th centuries. You can still see the bones of whales, old fishermen’s houses, devices for the extraction of whale oil, as well as the remains of ships that sank several centuries ago.

Recently, the historic site was recognized as part of the World Heritage Site and included in the corresponding list prepared by UNESCO. 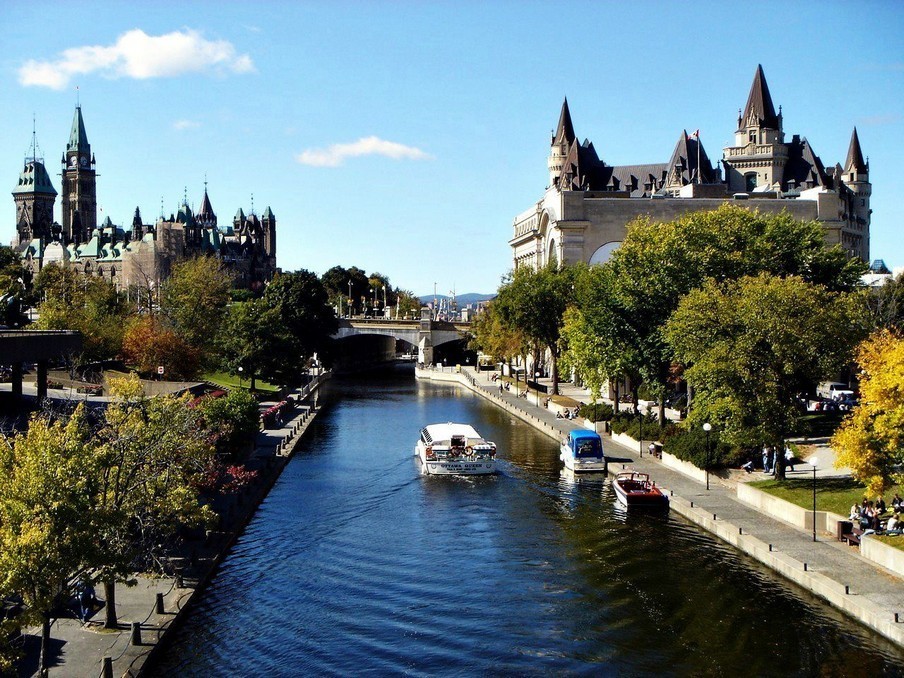 The canal, built in the 1930s, connects the country’s capital and the city of Kingston. The length of the structure is more than 200 km. Due to the fact that this oldest North American canal has been perfectly preserved to this day (it is still active!), The site was included in the list of World Heritage Sites in the 2000s.

In winter, the canal locks are closed and part of the territory turns into a skating rink with a length of almost 8 km! 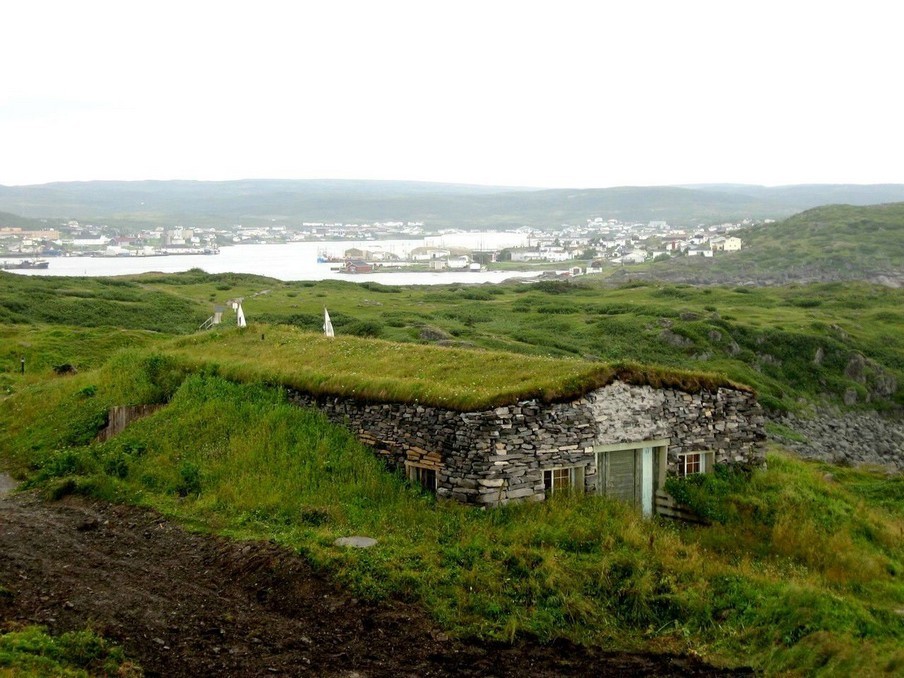 Famous monument of history and archaeology. In the 11th century, the first settlement of the Vikings (Scandinavian sailors) in the Western Hemisphere existed here. It was discovered by archaeologists in the middle of the 20th century and a few decades later it was brought under the protection of UNESCO.

It was the Vikings, not members of Christopher Columbus’ expedition, who became the discoverers of North America. But the Scandinavian sailors lived here for only a few decades and then left the continent. Today, at the site of their settlement, shelters and a smithy, iron and bronze objects have been found. 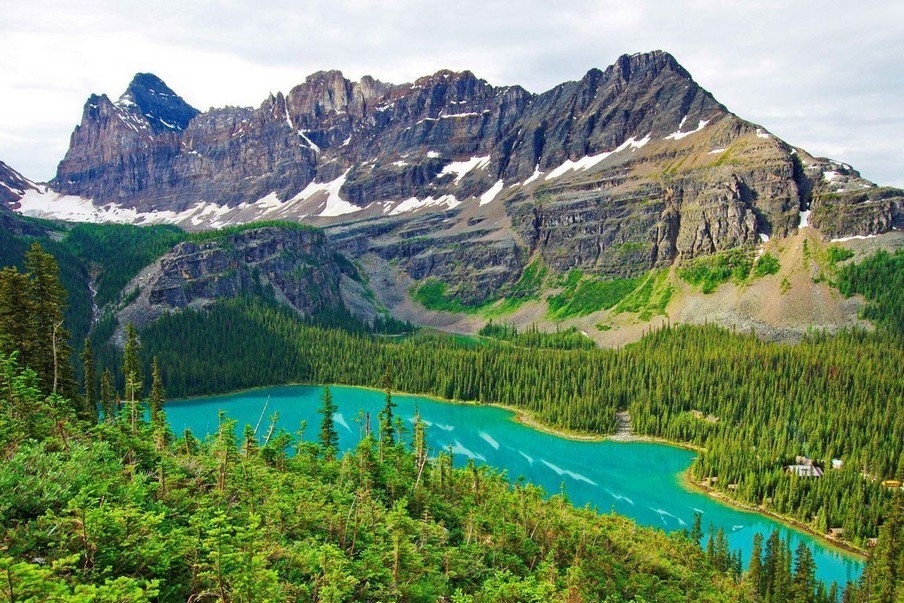 National Park, founded at the end of the 20th century. Thuja, pines and hemlock fir grow on its territory, beavers, raccoons, martens, squirrels, peregrine falcons, American bald eagles are found… Here is the Indian settlement of Ninstints, where a magnificent collection of totem poles is gathered. But you can only get there by air or water (from cities that are a relatively short distance away).

The national park is one of the country’s many monuments, protected by UNESCO. 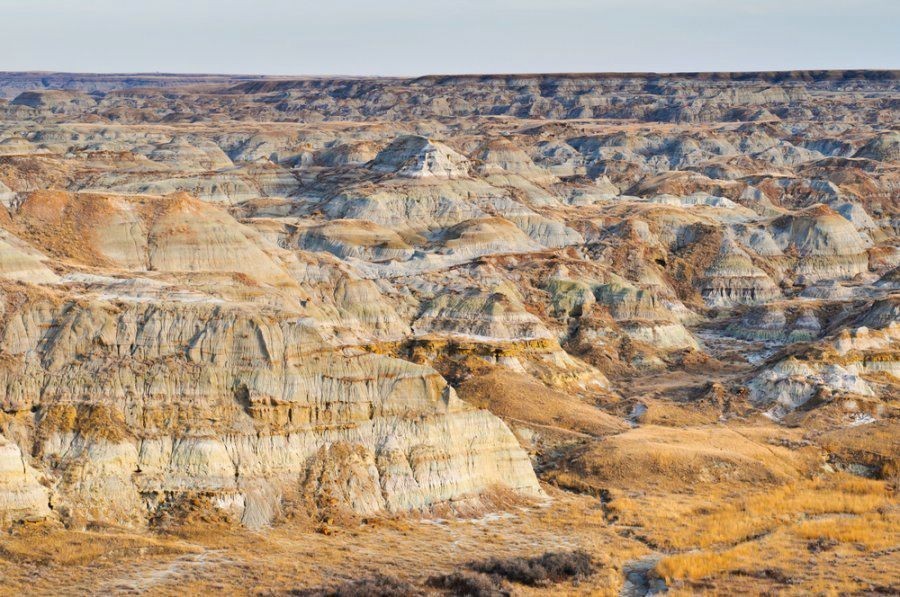 Provincial Park. Another Canadian monument protected by UNESCO. The park was created in the middle of the 20th century. During excavations in this area, the fossil remains of hundreds of dinosaurs were discovered. These fossil animals belong to 39 different species. Provincial Park is one of the largest repositories of dinosaur remains in the world.

Archaeologists have also found skeletons of amphibians, reptiles, bones of freshwater vertebrates and fossilized teeth of mammals that lived here in ancient times. 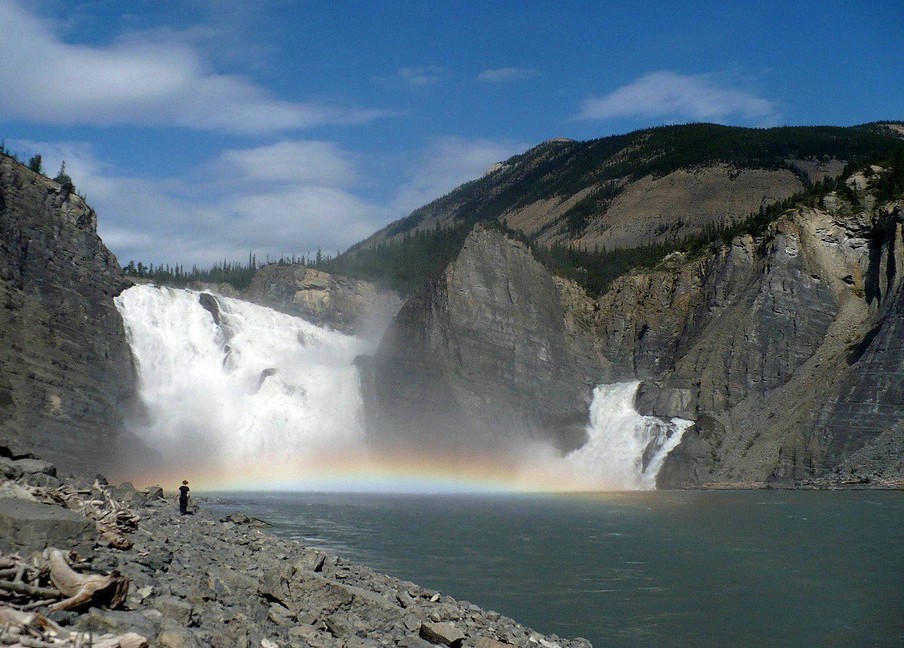 National Park. The main attraction is Virginia Falls, which is almost 100 meters high. It is twice as high as the famous Niagara Falls.

There are also four picturesque canyons and several sulfurous thermal springs in the park. There are forests where spruce and poplar grow, and at some distance from them the tundra begins.

In the 2000s, the state made the decision that the territory of the park would be expanded six times. In particular, it was decided to add to the park the habitat of several hundred grizzly bears and two herds of reindeer. 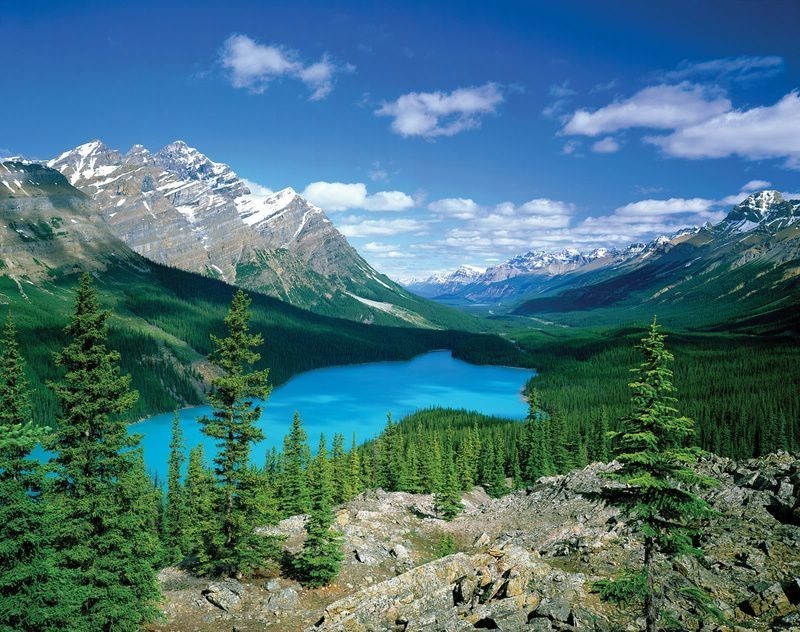 One of the largest national parks in the world. A unique natural monument protected by UNESCO.

It is home to a huge herd of wild bison (the largest on the continent). Also in the park you can see reindeer, moose, wolves, beavers, pelicans, American cranes, musk kangaroos. The park has the largest inland river delta in the world.