Things to Do in Brazil: 15 Top-Rated Attractions 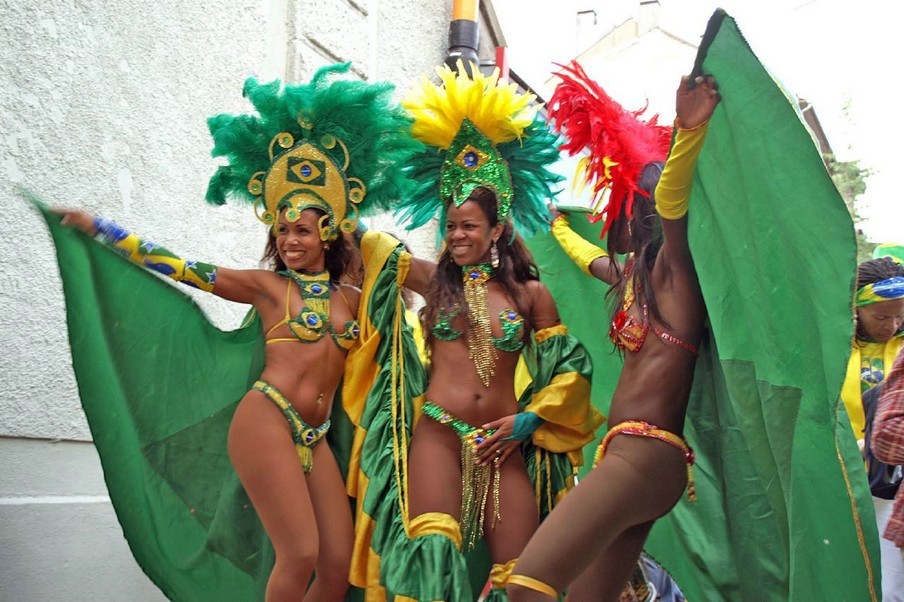 Brazil still beckons the traveler with its unsurpassed beauty. Curious about what to see in Brazil besides the Rio de Janeiro carnival? Believe me, the country of wild monkeys and burning mulattos has something to show the curious tourist at any time of the year and not only in Rio. The beaches alone are worth masses, and if you are also a football fan, life will sparkle with the brightest colors. Natural wonders in faraway Brazil are also countless, and therefore do not forget to throw comfortable shoes in your suitcase – you will have to walk a lot and for a long time! 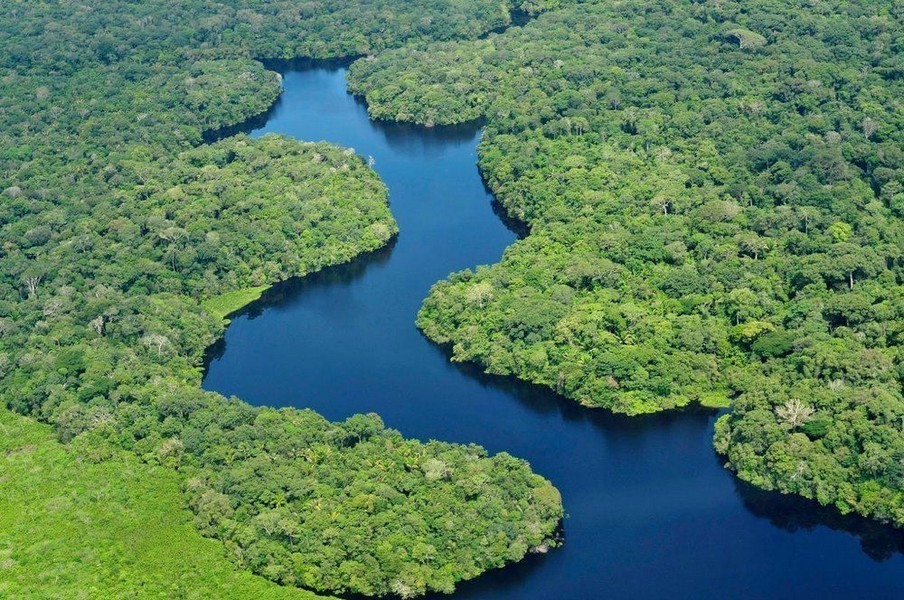 The ecosystem of the longest river on Earth is unique, and the Amazon becomes the object of dreams of hundreds of thousands of tourists every year who want to see the largest lungs of the planet with their own eyes. Here everything is “the very best”: the largest river island in the world’s largest river delta, huge water lilies, on the leaves of which a whole person can live, the largest freshwater fish on the planet and local tribes living according to special laws, like hundreds of years ago…

Statue of Christ the Redeemer 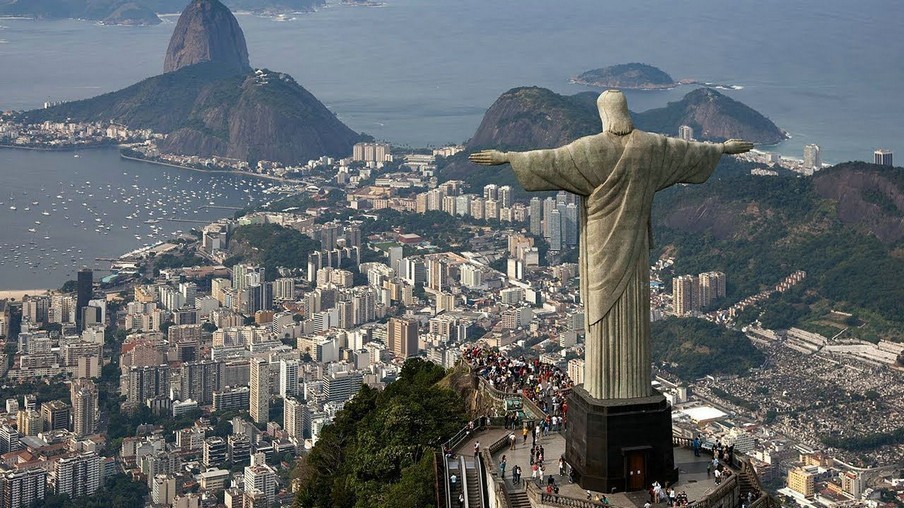 The sculpture at the top of Mount Corcovado has long become a hallmark of Rio. The 38-meter figure of Christ the Redeemer was installed over the city in 1931 to commemorate the anniversary of Brazil’s independence. Its frame and other components were brought from France, and the money was collected by local residents. The height of the monument is 46 m with a pedestal, the span of the arms is 28 m.
About 2 million people climb to the foot of the sculpture every year. Brazilian Christ the Redeemer was included in the list of the New Seven Wonders of the World.

The name of this mountain with the statue of Christ on top is translated from Portuguese as “hunchback”. The summit is located in the Tijuca National Park – the largest forest in the world, located within the city limits.
A special attraction in Corcavado is the miniature railway that takes tourists to the top. The length of the tracks is 3.8 km. Three trains, consisting of a pair of carriages, run every 20 minutes. The climb to the top takes the same amount of time.
There are 223 steps from the upper station to Corcovado. They can be overcome by lift or on foot.

Not only the image of the statue of Christ the Redeemer has been replicated on postcards and postage stamps from Brazil. You can also look at the Sugar Loaf, which invariably adorns panoramic photos of the Guanabara Bay in Rio de Janeiro. The 400-meter peak got its name because of its unusual shape. At its foot in 1565, a Portuguese settlement was founded, which later grew into the city of Rio de Janeiro, and in 1912 a cable car was built to the Sugar Loaf. 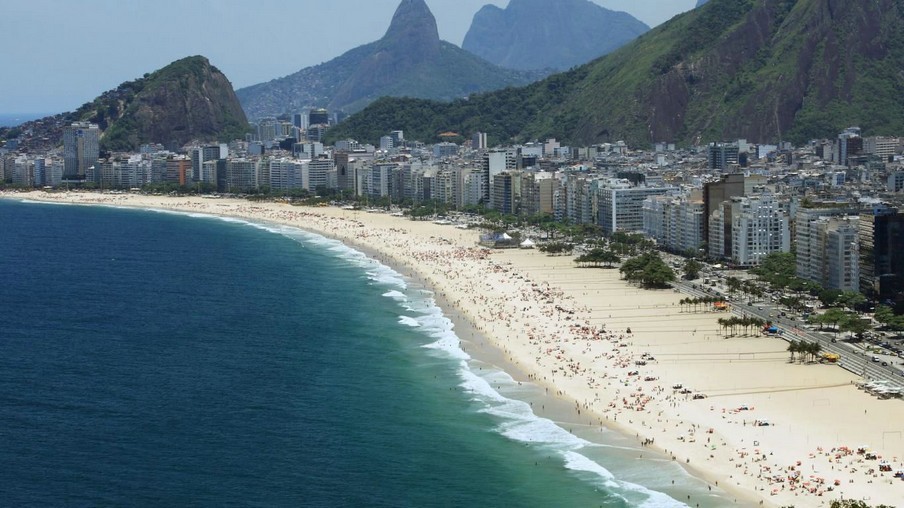 We say beach, we mean Copacabana. This is what more than one generation of Brazilians thinks. The four-kilometer coastal strip features lively parties, a variety of active sports opportunities, tanned mulatto women and muscular runners, as well as dozens of shops, hundreds of hotels and restaurants, casinos and nightclubs.
The beach receives the most visitors on New Year’s Eve. On the evening of December 31, hundreds of thousands of people in white robes gather here (hello, Ostap!) And honor the sea goddess Yemanji.

The second largest park of São Paulo is well known not only to its residents, but also to tourists. In addition to the usual walking paths, several buildings have been built in the park, where museums are located, exhibitions and conferences are held. A traveler’s attention is worthy of:

Address: Av. Pedro Álvares Cabral – Vila Mariana, São Paulo.
Open: 5 am – midnight on weekdays and around the clock on weekends.

Over 20 species of orchids, palms and pepper trees are protected in Goias State National Park, located on an ancient plateau. The fauna is represented by jaguars, armadillos, swamp deer and tapirs. Vultures can be seen in the sky, and outcrops of amethyst crystals are common in the rock. The park’s waterfalls are worthy of special attention. The largest of them falls from a height of 120 meters and is called Rio Preto Falls.
The park is listed as a UNESCO World Heritage Site. Its biosystem is unique, and the age of the plateau, located at an altitude of 600-1600 meters above sea level, is 1.8 billion years old. 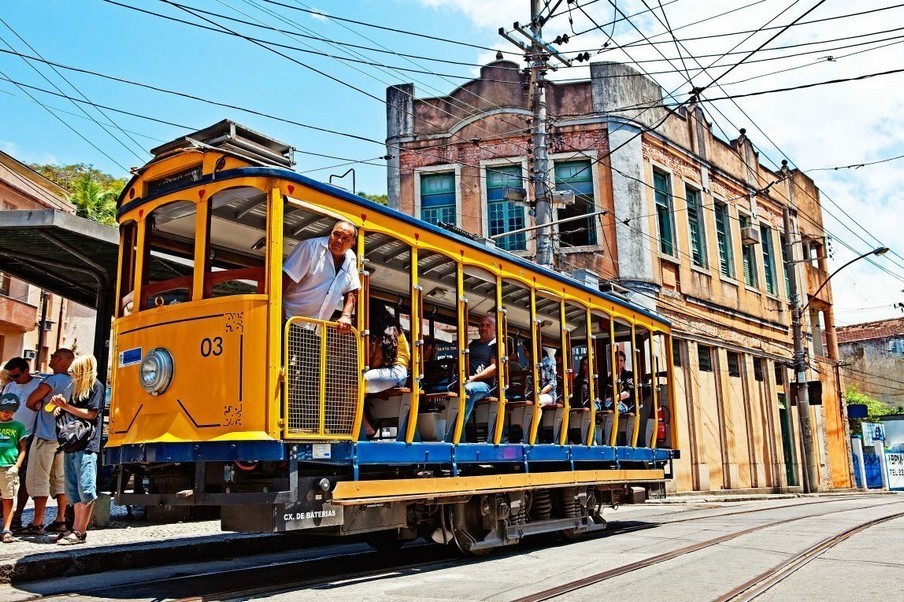 The old district in the center of Rio is called the local Montmartre. It is famous for its narrow, winding streets and bohemians living there – street artists and musicians.
The area originated and developed around the monastery of Santa Teresa, which was founded on the Desterro hill in the middle of the 18th century. The area was soon settled by the local wealthy, and the colonial mansions that have survived since then became the hallmark of Santa Teresa. An impressive example of colonial architecture is the Carioca Aqueduct, which supplies water from a local river. Today it has been remodeled into a tram bridge connecting the Santa Teresa area with the center of Rio. Riding in yellow carriages without windows and doors is a favorite pastime of tourists. It is the only tram line in the city that has been preserved as a local landmark. 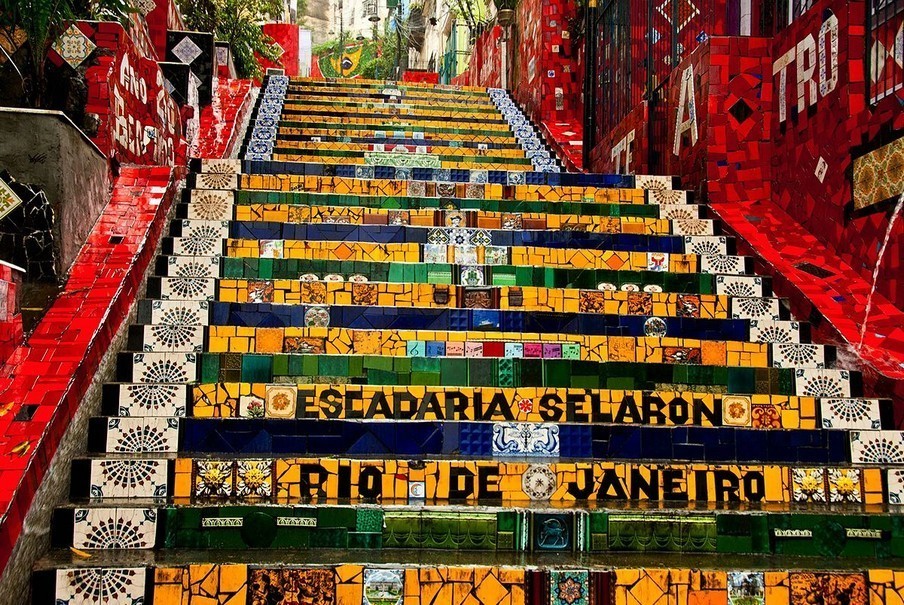 125 meters high and 215 steps – this is the Selaron Staircase in Rio de Janeiro. It bears the name of its creator, the Chilean artist Jorge Celarón. A staircase connects Santa Teresa with the Lapa area and is officially called st. Manuel Carneiro.
The Chilean decided to renovate the dilapidated staircase, which was located near his house. For more than 20 years, he has been selecting multi-colored tiles made using the azulejo technique, collecting fragments of mirrors and ceramics, and decorating the staircase with bright mosaics. He had to endure the ridicule of neighbors, sanctions from the authorities for non-payment of bills and other hardships, but Jorge did not give up. A few years later, his work has become one of the most popular attractions not only in Rio, but throughout Brazil. You can look at Selaron’s stairs and even honor the artist’s memory by taking a selfie with his beloved brainchild in the background. 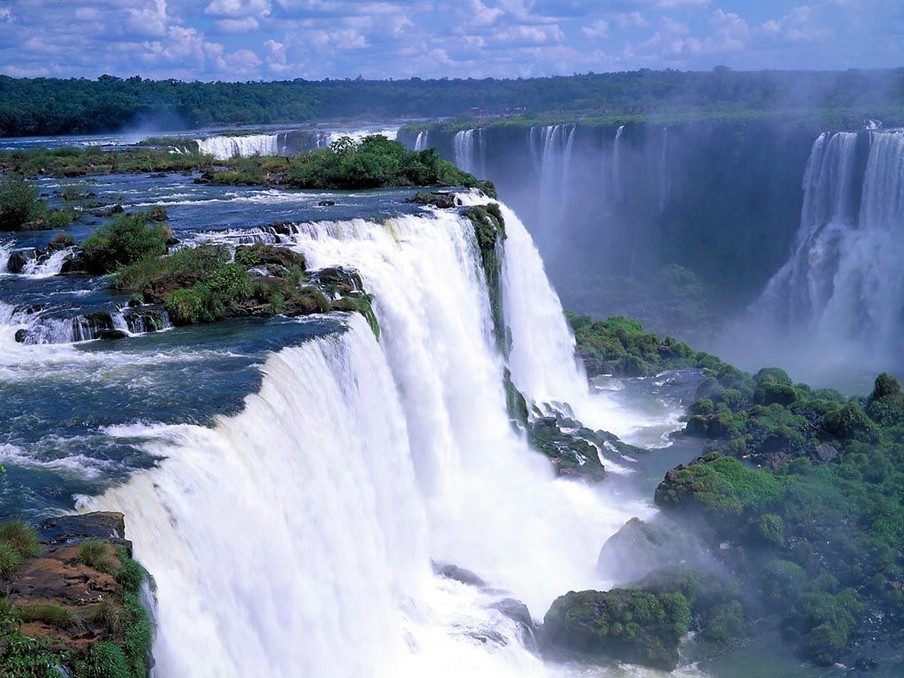 The world-famous Iguazu Falls complex has more than 270 water streams of varying heights and widths. They overwhelm 23 km from the place where the Iguazu River flows into Parana. The total width of the waterfalls, often included in the list of the Seven Natural Wonders of the World, is over 2.5 km. The height from which the streams fall reaches 82 meters in places. The largest of the Iguazu Falls is the Devil’s Throat. It is located right on the Brazilian-Argentina border.
For tourists in the Iguazu National Park there are observation platforms from where you can safely watch the falling streams. Walking and car routes are laid in the immediate vicinity of the waterfalls. You can stay in hotels, and an international airport has been built not far from the Brazilian-Argentine natural miracle.

Nearest town: Foz di Iguacu.
To get there: from Rio by bus or plane, then by taxi or rented car. 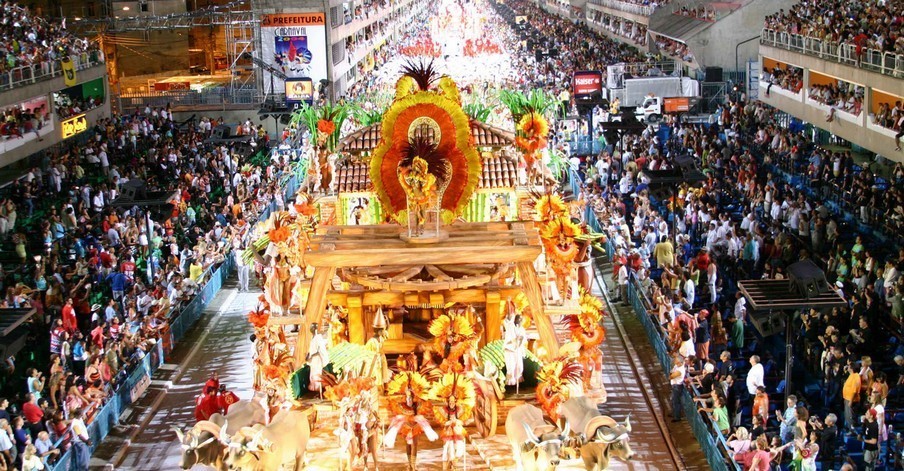 This address in Rio is well known to every resident of Brazil, because every year hundreds of thousands of people pass along the 700-meter street to participate in the Brazilian carnival.
The street is surrounded by stands for spectators. It is divided into sectors of three categories, and the price of tickets for the carnival depends on which part of the stands the spectator finds himself in.
The Carnival Parade of Champions kicks off at 9 pm on Ash Wednesday following the announcement of the qualifying round winners. 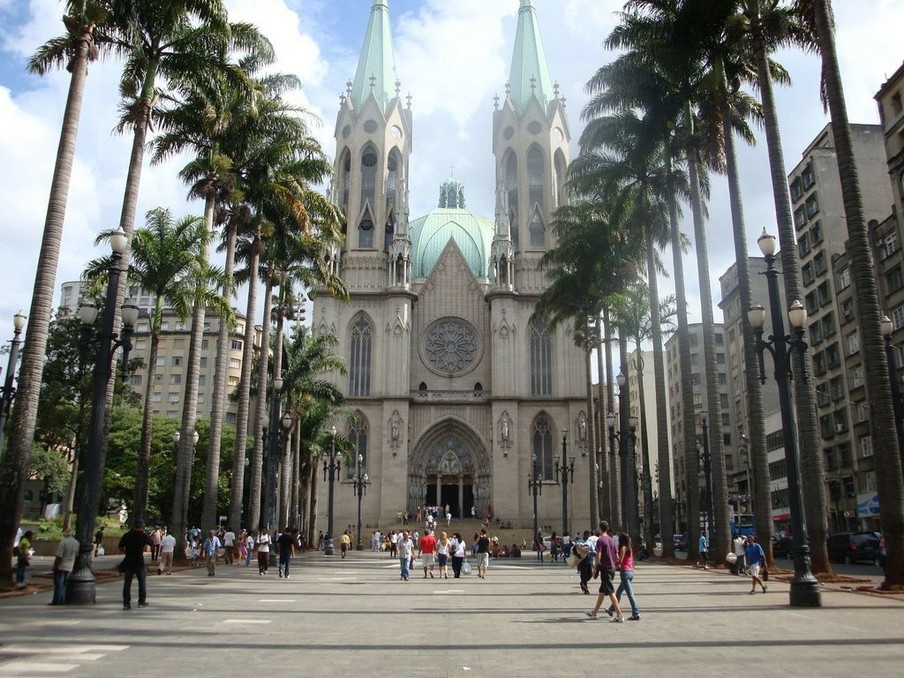 One of the most impressive in size neo-Gothic cathedrals on the planet was erected in São Paulo in 1913 on the site of an old church. The height of the temple is 111 m, the width is 48 m. The structure is crowned with a 30-meter dome, made according to the model of the Florentine. The cathedral can accommodate 8 thousand people at the same time.
The interior of the temple impresses with its splendor and luxury. It took 800 tons of marble to finish it. The windows are made in the form of classic Gothic roses and are covered with colored stained-glass windows, while the internal capitals adorn the figures of animals and traditional Brazilian coffee and pineapple. 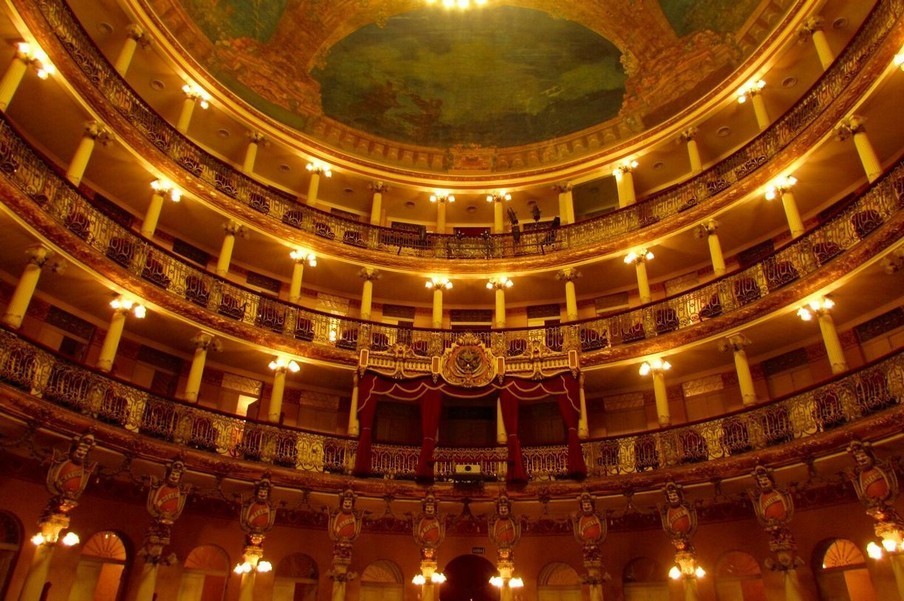 The most beautiful theater in the city of Manaus was opened at the end of the 19th century in the midst of the “rubber fever”. It is considered a symbol of luxurious life at a time when the economy flourished, thanks to the extraction of valuable raw materials from rubber plantations.
The theater building was built with the money of the planters. In order to create the atmosphere of the Old World, iron from Great Britain, Murano glass from Italy, copper for jewelry from Belgium, polished wood from France were imported for the interiors. The lobby was designed by an Italian.
The ruin of the planters in connection with the end of the rubber boom led to the desolation of the theater building. It was overgrown with vines, and the dome collapsed, unable to withstand the tropical downpours. “Amazonas” was restored in 1990, and today performances are staged on the stage of the theater again. 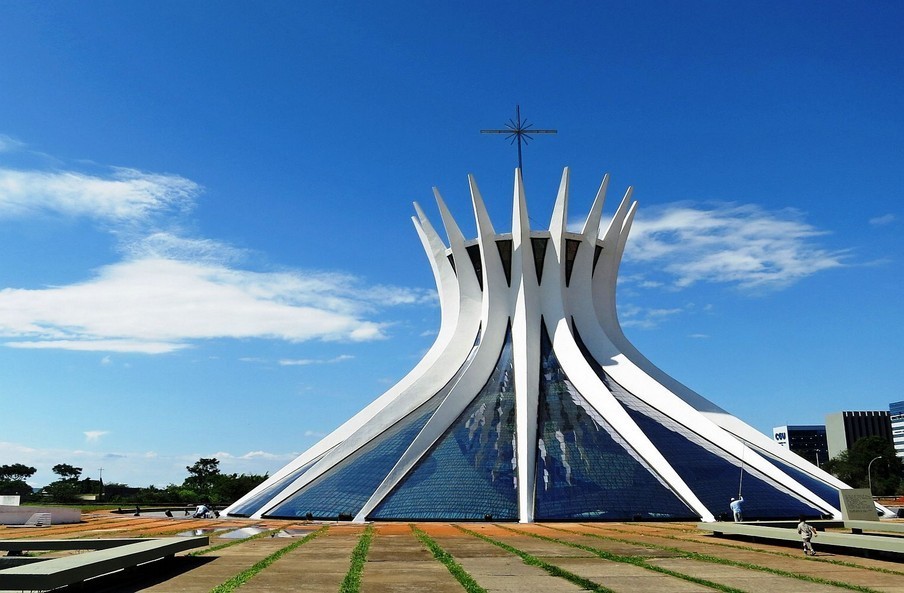 The most unusual cathedral in the country is the cathedral in the administrative capital of Brasilia. It was built in the second half of the 20th century in the modernist style. The building consists of 16 hyperboloid columns, symbolizing arms outstretched to the sky. Stained-glass windows fill the space between them, and a long dark corridor leads to the entrance to the huge bright room of the temple. 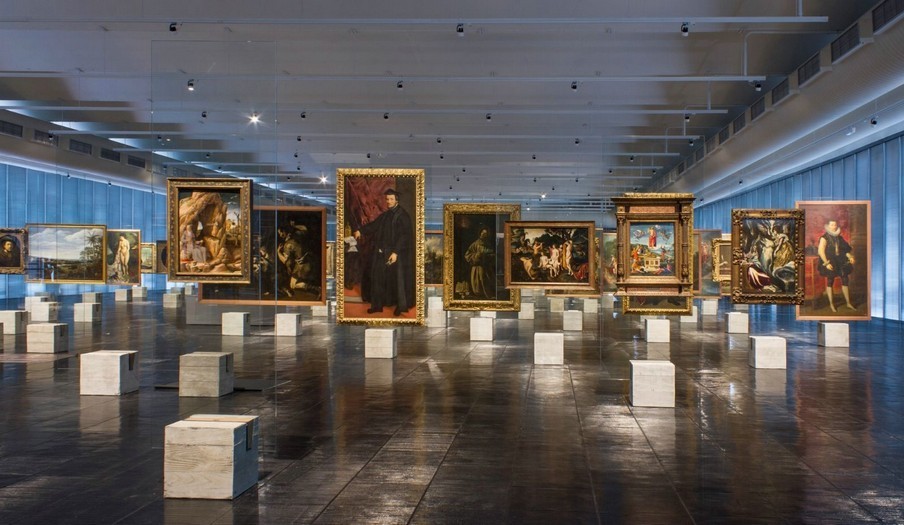 The most famous exposition in Latin America attracts more than half a million visitors annually. The Art Museum exhibits 8,000 paintings and sculptures; exhibitions of icon painting and photography are regularly held.