Things to Do in Bali: Top 10 Tourist Attractions 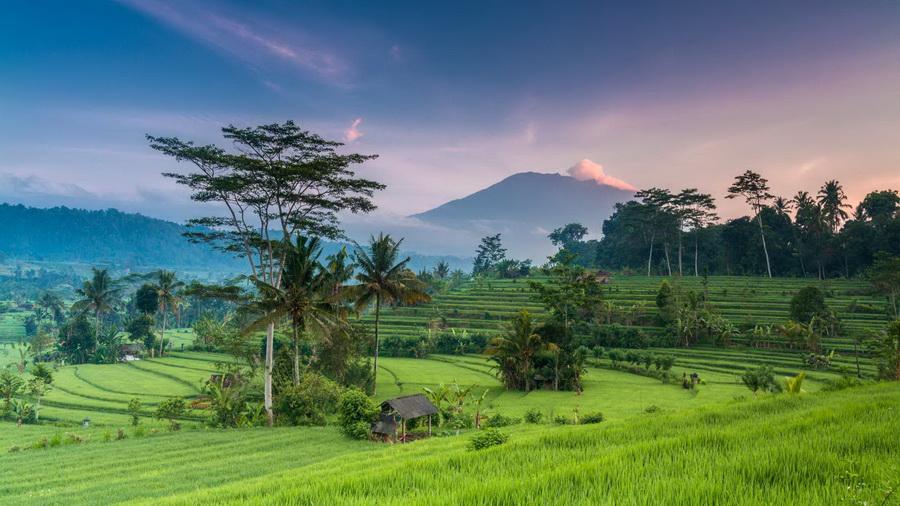 
Bali is the most beautiful and popular island in Indonesia with rich nature and interesting culture. There are two active volcanoes on it; the border of two natural zones passes along it: the Asian and Australian ones – the Wallace Line. It is always warm and humid here, and the fertility of the volcanic soils makes it possible to lay out numerous flowering gardens – the most beautiful parks are abundant here.

Since the end of the 20th century, the island’s leadership has been actively investing in the tourism industry: the local population has been developing traditional crafts, international sports competitions are held on popular beaches, ecological paths are laid along the slopes of volcanoes, and excursions are led to numerous temple buildings.

Gunung Batur is one of the two active volcanoes of the island, which were formed about 500 thousand years ago. They are not erupting right now – the last major eruption was about 60 years ago, but who knows when the eruption will start again? Seismologists are closely monitoring this. In 2000, there was a large release of volcanic ash, in 2011 – sulfur dioxide.

Gunung Batur is a mountain 1717 meters above sea level. At its top there are three craters and a lake below them. There are several tourist routes to the craters: climbing the volcano is one of the most popular entertainment in Bali. You can just climb to the highest point, or you can go around all three craters and relax by the lake. As an attraction and a snack at the same time, it is proposed to bake bananas and eggs right on the volcano: there are hot crevices, the heat of which is enough to cook eggs in 15 minutes. The approximate length of the route will be 8 kilometers, with rest and a snack, it will take about five hours. From the top, beautiful views open up – this is one of the most beautiful places on the island.

Lake Batur, located east of the craters, is considered the world’s largest volcanic lake. Its depth reaches 70 meters. In fact, this is also an ancient crater, formed by an eruption about 20 thousand years ago and eventually filled with water.

There are 7 villages along the shores of the lake, which now mainly work for tourists, one of them – Toya Bungka – has hot mineral springs. On the very shore of the lake, literally a few steps from the water, there are 4 thermal pools of different depths with water temperatures up to 40 degrees.

Another group of hot springs, with five pools and cooler water, is located closer to Mount Batur – they are called Toya Devasya. This complex is better known and prestigious. The springs are decorated with statues of elephants, there is a large area with sun loungers, a spa center and several restaurants. Usually, a visit to one of the groups of springs ends with an ascent to the Batur volcano. 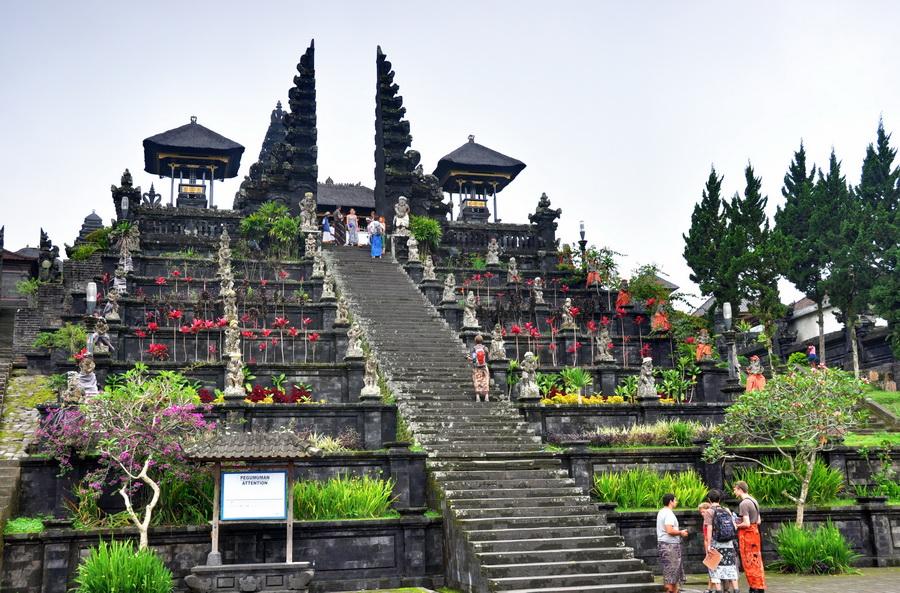 The religion of the island of Bali is a variant of Hinduism, in this the island is very different from the rest of Indonesia, where the majority are Muslims.

Historically, in the 15th century, many of the inhabitants of the island of Java – the Hindus – moved here in the 15th century. Their religion cannot be called a separate “confession” of Hinduism, but there are some peculiarities here: for example, in Bali there has never been such a pronounced caste system as in India. Local beliefs have absorbed traditional, even pre-Hindu beliefs. For example, the inhabitants of this island are not at all good sailors – the sea is considered here the abode of demons.

Bali has many colorful temple complexes that attract numerous tourists. The largest of these is Pura Besakih, “the mother of the temples.” It is located on the slope of the second volcano of the island – Agunga, which is considered a sacred mountain here. The temple complex is more than 1000 years old, although everything that tourists see here now was built recently. The fact is that the place was badly damaged during the 1917 eruption.

Bali’s Hindu temple complexes are an unusual and exotic sight: there are many high multi-tiered pagoda towers and open altars decorated with rich carvings under awnings. Three large temples (Shiva, Vishnu and Brahma) and 19 more small ones were built in this place. On holidays, many people gather here for the ceremony, the statues of the gods are dressed in festive clothes, sing and dance. 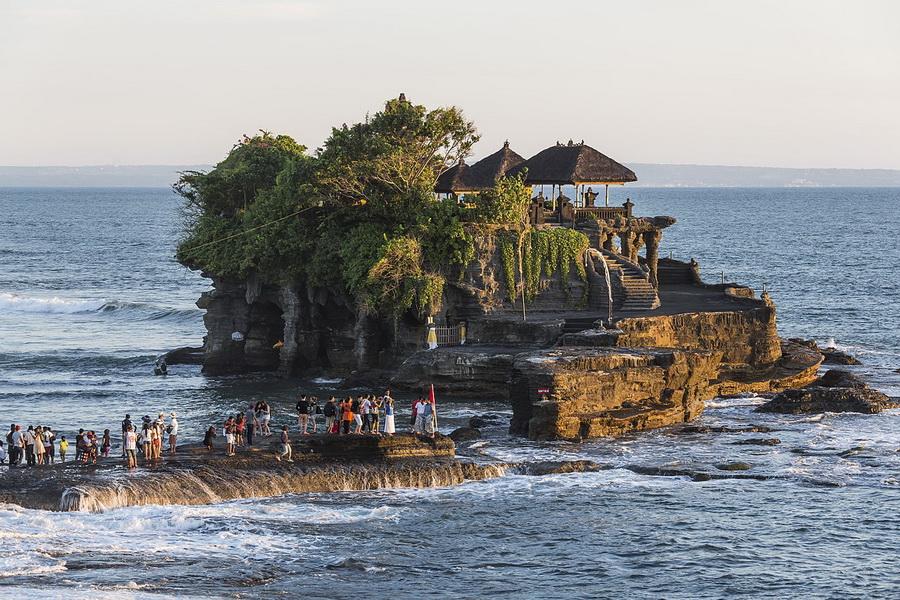 Another must-see temple is the Pura Tanah Lot temple. It is one of the generally accepted symbols of the island of Bali, and every Balinese must come here at least once in his life.

The temple is located on a rock, far out in the sea, so you can get to it only at low tide. It looks amazingly beautiful from the shore and from the inside. Sacred sea snakes live in the caves under the rock; you can just walk along the coast at low tide. In addition, several smaller temples are located on the steep cliffs on the coast – they are not so famous, but also very beautiful and romantic. The entire tourist infrastructure is located on the shore: a market, restaurants and hotels.

Of course, in any exotic country it is worth going to the local market to admire the exotic, taste the local cuisine and buy something interesting as a gift. The so-called “night markets” are popular in Indonesia and Malaysia. In essence, they are not night, but evening – trading begins at about sunset, at about five or six in the evening, and ends by midnight.

The largest and most popular in Bali is located in Gianyar. First of all, it is something like a food court: people come here to eat in the evening and buy food home, although, of course, souvenirs and any other goods are sold. Here you can try local pancakes with nuts and chocolate, traditional sweets based on sweet rice, and various tofu dishes, not to mention just meat and vegetables with local spices and sauces, which are the main specifics of Indonesian cuisine.

Another very interesting and considered sacred place in Bali, which is located in the heart of the most real rainforest near the village of Bedulu. There are no elephants in the cave – just above the entrance to it there is a terrible head carved out of stone, which is somewhat reminiscent of an elephant, so this name arose.

The cave was carved into the rock in the 11th century, and it is believed that this stone carving dates from about the same time. In fact, this terrible face is not a demon, but the god of the earth Bhoma: the entrance to the cave is shaped like his mouth. Local sacred relics are kept here: a statue of the god Ganesha and as many as three Shiva lingams. Next to this cave is an old bathing complex with two pools, male and female, and several temples with beautiful ponds in which carp swim. 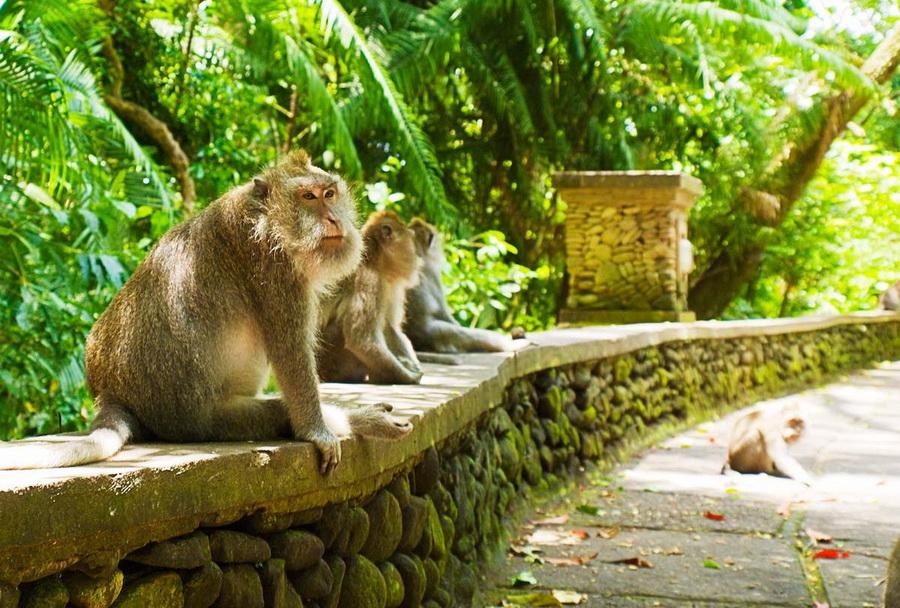 This is a park (and in fact – a landscaped area of ​​the forest) decorated with numerous statues, ladders, carved bridges. It’s cool in the heat, so it’s a good option for a day trip.

But the main attraction is not huge century-old banyan trees or statues, but numerous monkeys. They are not afraid of tourists, live their own lives, beg for tidbits, pose for photographs, can jump on a backpack or on their shoulders – some people like such entertainment, but some do not. Children are usually delighted, and adults should keep an eye on handbags and jewelry – they can rip them off and carry them to a tree. Here you can make many beautiful shots, because there are many exotic statues and the monkeys themselves.

The most exotic, man-made and natural attraction in Bali is the rice fields on the terraces. For the inhabitants of Indonesia, this is the same routine as for the Russians a field of potatoes or rye: rice is the basis of Asian cuisine and is synonymous with “food”, as is bread for us. They grow their own varieties of rice, Balinese. The fertile volcanic soils make them especially tasty.

And rice grows on ledged terraces, which change their appearance depending on the season. Rice should be planted in water, so that before planting and for a while after planting, until the plants have grown, these terraces look like an unusual system of mirrors. Over time, they turn green, and then turn golden – ripe rice resembles wheat in color. After the rice has been harvested, numerous ducks and geese arrive on the terraces to clear the fields and prepare them for the next sowing.

These fields are amazingly beautiful at any time of the year. In Jatiluwih, over the rice terraces, there are numerous observation platforms from where you can enjoy the spectacle and take beautiful pictures.

Bali is a mountainous island and, like any other mountain, there are many beautiful waterfalls. Large and small, cascading and simple, some you can swim in, and some are scary to even approach. The most grandiose and popular among them is Sekumpul waterfall in the north of the island.

In fact, this waterfall is not alone: ​​the water flows into the mountain lake in seven turbulent streams about 80 m high, two of them can be approached very close. 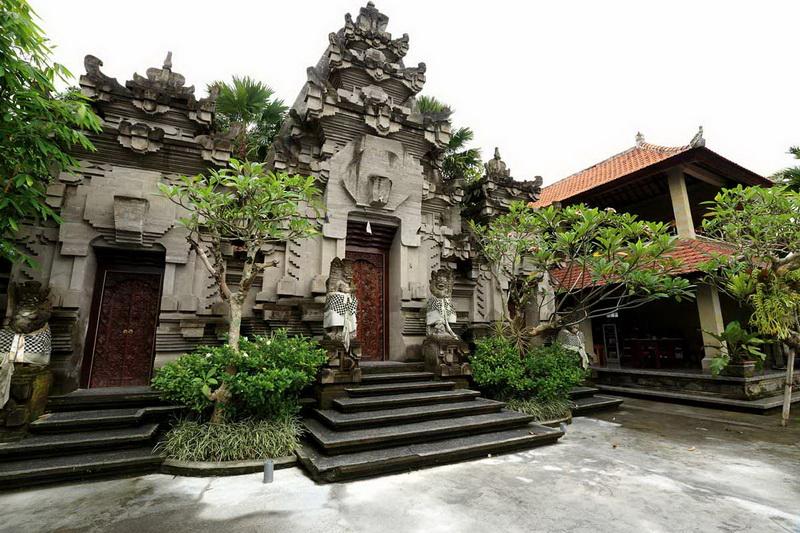 The Puri Lukisan Museum of Balinese Art is the oldest museum on the island. It occupies four buildings of traditional architecture in a very beautiful small park in the center of Ubud.

One of the buildings is occupied by a historical collection: this is Balinese painting from the 16th century, and the rest are art of the 20th and 21st centuries. and temporary exhibitions. A separate place is occupied by the collection of wood carvings of the most famous Balinese sculptor – Gusti Nyoman Lempada. In addition to oil painting, there are paintings on fabric, stone sculptures and much more.

The museum has a gallery where you can buy works of local artists.