Sporty through the Viroinval in the Ardennes

The Viroinval awaits in the south of Belgium. No crowded places, but quiet and intact natural stone villages. With the RAVeL and a nature park, this region is shaking off its unfamiliarity. It is recommended to bring inline skates and a mountain bike. In the unknown Viroinval you can get along fine with both.

The Viroinval nature park – ‘the valley of the Viroin’ – is located at the French border. The RAVeL 2, an asphalted old railway line, leads through this special valley. The route between Mariembourg and Hastière is completely reserved for fans of all things non-motorized. We start at the old station in Mariembourg, where the whistle of the station master sounds for the train to Treignes. Skating through wooded hills and flowery grasslands, we turn to Fagnolle, one of the ‘most beautiful villages in Wallonia’ thanks to its natural stone houses, covered with slate roofs. A castle and fortress are reminders of prosperous times. 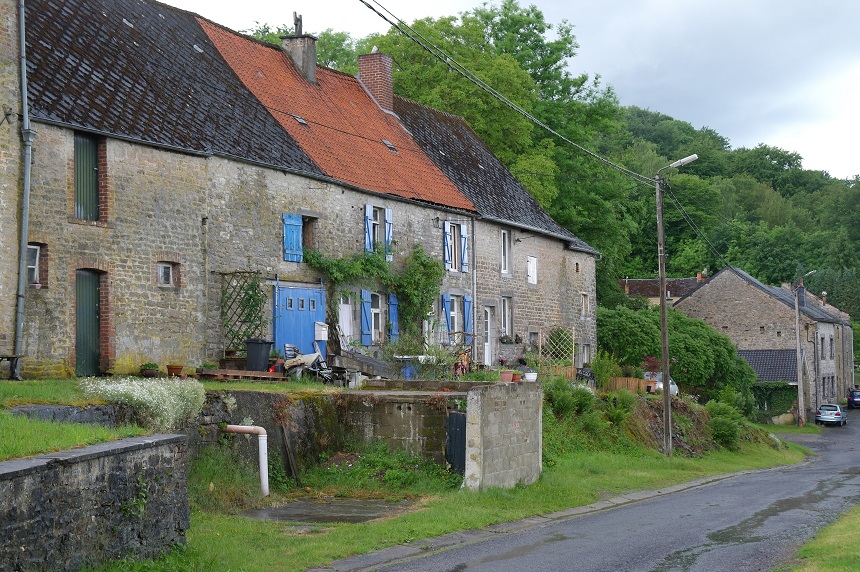 When a downpour breaks out, a farmer beckons us to take shelter in his barn. There he sells farm butter. While he cuts the butter with a spatula and wraps it in parchment paper, he talks about the regional products. You can buy sausage from his neighbor, snails from another. 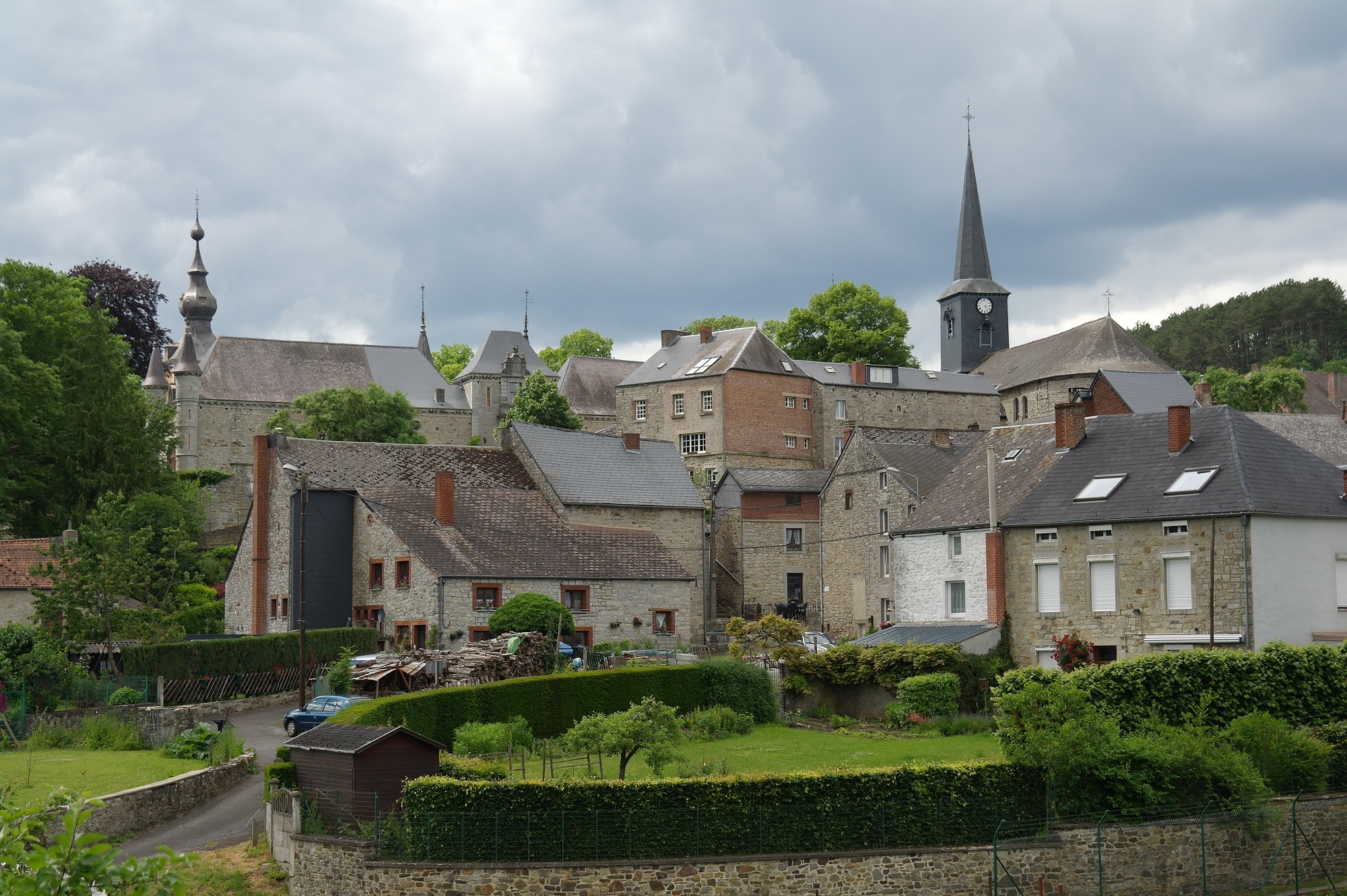 RAVeL is the abbreviation for R.éseau autonome de V.oies L.entes. Ravelroute’s are former railways and towpaths along major rivers, intended for slow traffic in Wallonia. The RAVel 2 is one long route that starts in Flanders, east of Brussels, and that – via Hoegaarden, Namur and Dinant – runs to the border beyond Mariembourg.

The RAVeL route to Hermeton-sur-Meuse passes rolling grain fields, standard orchards and grazing beef cows. There are no cafes along the route along line 156. As a ‘ravellist’ you are even more easily tempted to visit villages along the route. We end along the Maas, gliding past castles and country houses. 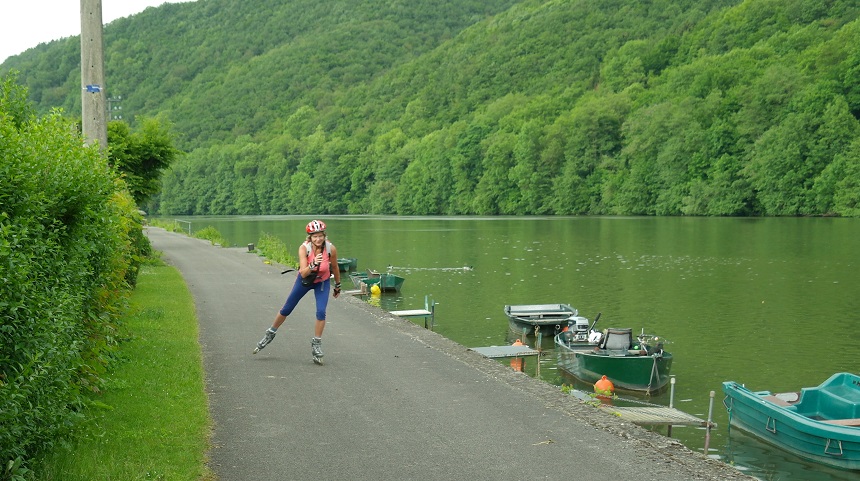 Rollerblading on the RAVeL, along the Maas

After the smooth RAVeL course, we explore the landscape on rugged trails on a mountain bike. A deer passes by while cycling through a dense forest full of chirping birds. The animal has just drunk from the fish-rich l’Eau Noire, named after the dark schist rocks in its bed. 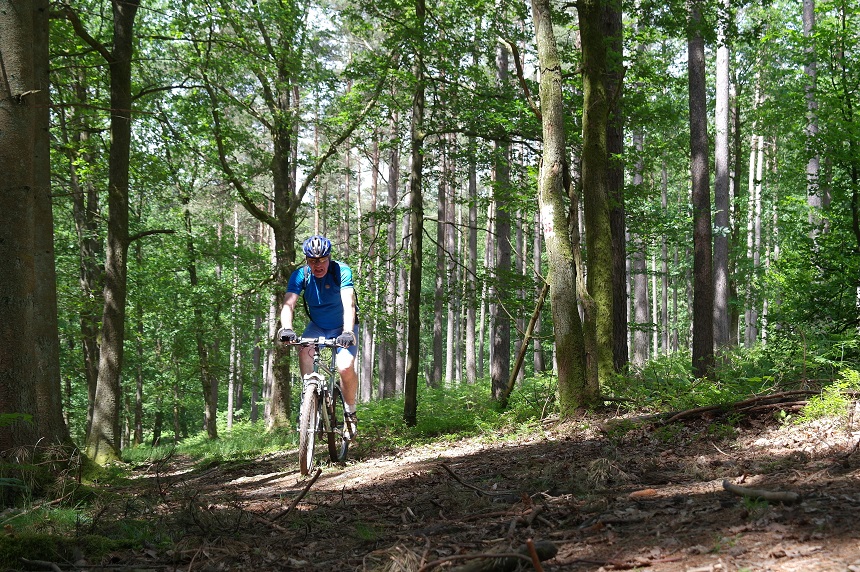 Not much further, the l’Eau Noire goes underground to emerge as the Viroin in Nismes. There we cycle up to the canyon-like landscape of Fondry des Chiens. 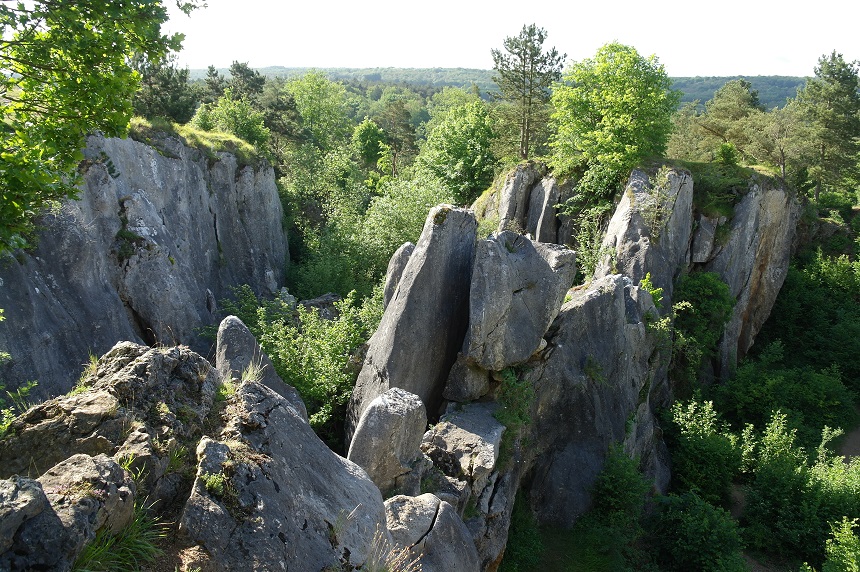 A limestone layer, which is unique in Belgium, runs right through the Viroinval. Over time, the rainwater has dissolved this rock and formed it into today’s rock formations. Its sharpness contrasts sharply with the surrounding gently sloping limestone grasslands with blue spheres, gentian, orchids and fluttering butterflies. 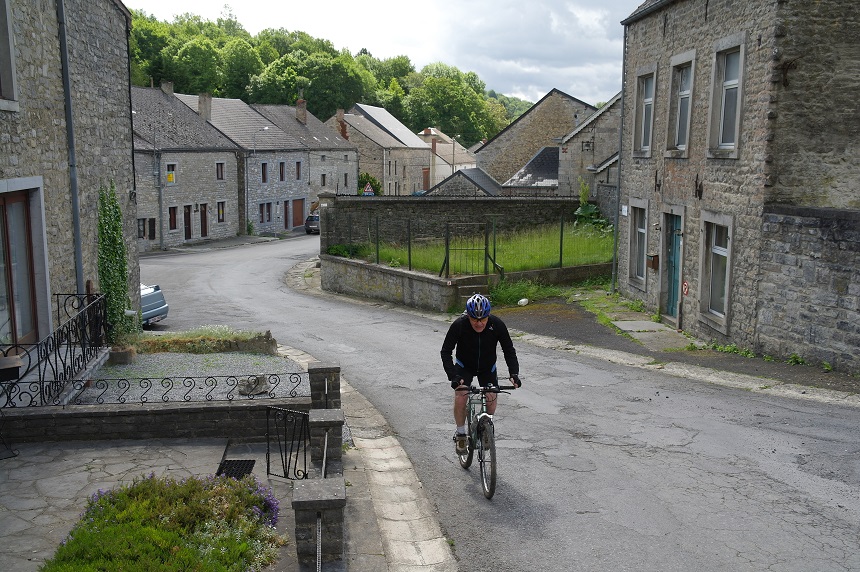 Again we cycle into the woods, where an oncoming group of friends talk enthusiastically about the orchids they have already spotted. The mtb route derives its appeal mainly from the stringing together of charming villages, built from the traditionally quarried limestone and quarry stone. In Dourbes you can also climb and kayak, under the top of the ruins of the 15th century castle Hauteroche. 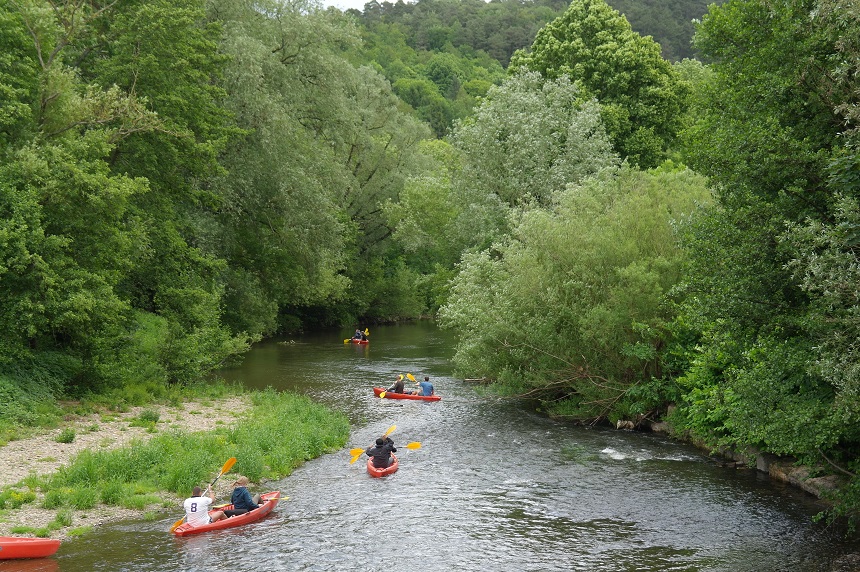 There is a railway museum in the old station of Treignes and you can take a steam locomotive to Mariembourg. Vierves-sur-Viroin was in the 16th and 17the century famous for the witch trials, but nowadays for its folkloric carnival and old hooves. There is one for the coming weekends in many villages vide grenier or flea market announced. Finally, when we brake in Olloy-sur-Viroin for a conductor who holds up his stop sign to let a whistling train pass, it is as if we have entered the sound world of a bygone era. Especially when you consider that this village once had one of the largest stations in Belgium. 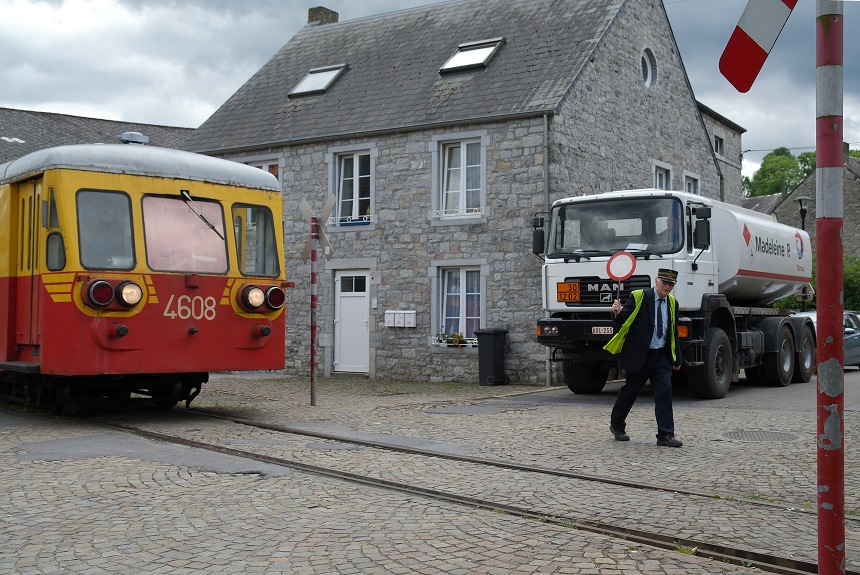 On the Ravel2: Fagnolle architecture; Matagne-la-Grande; Matagne-la-Petite; Romerée and Gimnée.
Beautiful, signposted MTB route: Ronde du Viroin (51 km). There are various cut-off routes for those who want to cut the route in two.

Schiermonnikoog – the other island

Trains across Europe – a serious alternative

The unknown places of Pomerania