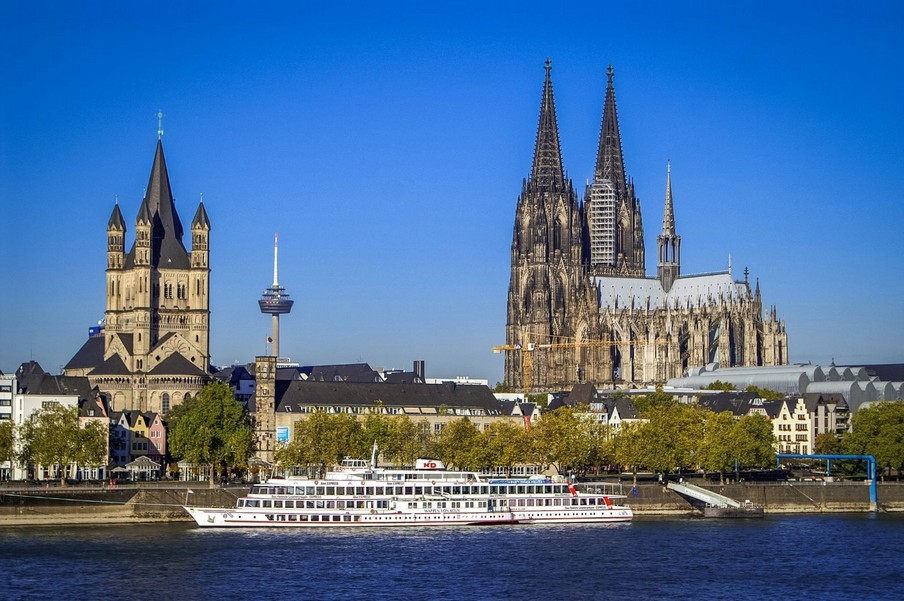 
Most tourists who annually spend their holidays in Germany primarily pay attention to Cologne, Berlin, Munich, Frankfurt am Main, Lubeck, Hamburg and other cities … Those who are interested in the answer to the question “what to see in Germany?”, offer to visit the Rhine and Moselle valleys, castles of Bavaria, Romanesque cathedrals.

Interest in Germany does not subside throughout the year, but the largest influx of travelers to this country is observed in May-October and December-March (these months are the ski season in the Bavarian Alps). If someone is interested in the German Baltic, then you can swim there not earlier than the end of July, when the water warms up to + 20-21˚C.

The samba carnival is worth a visit in February, the jazz festival in May, and the opera festival, short film festival and Opernplatzfest in June.

Top 15 places of interest in Germany 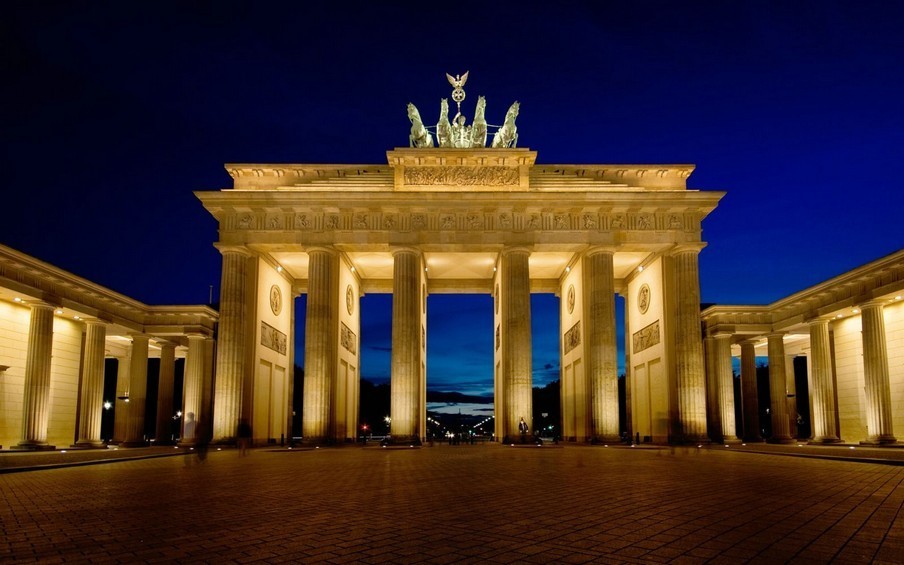 The Brandenburg Gate is a landmark in the Mitte district of Berlin. The gate in the form of a 26-meter triumphal arch is decorated with allegorical, as well as the figure of Victoria (the goddess of victory), who rides in an antique chariot (she is harnessed by 4 horses) and holds a cross in her hands (before she was the goddess of peace and in her hands was olive branch). There are transitions between the gate supports (there are 5 of them in total): the side is intended for the townspeople, and the middle one is for solemn corteges. It is worth noting that the northern wing of the gate is interesting for the Hall of Silence (here you can think about the fate of those who fell at the Brandenburg Gate). At sunset, thanks to the illumination, the gate appears to the guests of the German capital in a different light.

Neuschwanstein Castle is located near the city of Füssen, and to get to it, it makes sense to purchase a Bayern Ticket for two at the Munich railway station for 28 euros. There is no direct route to the castle, so you will have to change to a bus in the city of Buchloe. Arriving at the place, you need to find an office where they sell tickets for an excursion to the castle. Tours are strictly timed.

Upon entering Neuschwanstein Castle, tourists receive an audio guide in their own language. The royal bedroom, a small grotto, festive and song halls (the interior is created in the likeness of the Legends of Parsifal), as well as walls (in their painting there are excerpts from the Saga of Lohengrin) are subject to inspection.

The German shore of Lake Constance stretches for 173 km and can be reached from Munich and Stuttgart in less than 2 hours by car. Since the lake belongs to three countries with a common visa regime, tourists can easily navigate it by ferry. You can also go around the shores of Lake Constance on a two-wheeled friend thanks to the paved cycle route (bike paths stretch for 200 km).

Constance is interesting for its houses, partly located in Germany, and partly in Switzerland, beaches, boarding houses, spa-hotels, a cathedral, Roman fortifications and magnificent views of the Alps opening from here; the beautiful island of Mainau – with a butterfly pavilion and a park with 400 varieties of tulips growing there; Reichenau Island – a Benedictine monastery and the Church of St. George with paintings from the 10th century. 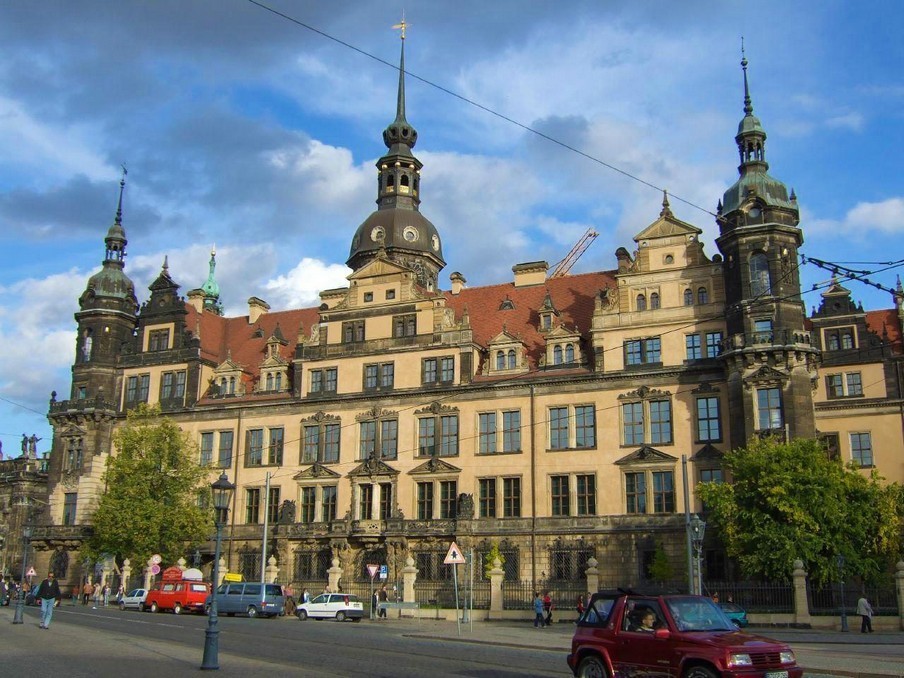 Until 1918, the Saxon princes lived in the Dresden Castle (features of both Romanesque and eclectic styles can be found in the architecture). In the 21st century, the castle destroyed during World War II was restored. Now guests are interested in the Housmann Tower, where many climb for the sake of an impressive view of Dresden . As for thematic exhibitions, their exhibits are works of art by contemporary authors and masters of the past. The price of a ticket is 10 euros.

The picturesque stone bridge Bastei is located in the park Saxon Switzerland (distance from Dresden – 30 km). The spans are located at a height of 195 meters between sandstone cliffs. The local cliffs are interesting for mountain climbers and photographers. There is a restaurant for all those who are hungry, and for the curious there is a viewing platform where they can enjoy a fantastic view. The modern Bastei Bridge, 40 m high, is equipped with 7 arches and stone plaques (they mention the pioneers who described this area in their travel notes, and the photographer Hermann Krone, who took landscape photos on the Bastei Bridge in 1853).

The Berlin Wall is the GDR’s 155-kilometer state border with West Berlin. It was torn down in October 1990, but it was decided to keep some parts of it (today it is a 1.3 kilometer long stretch of Bernauer Strasse). So in May 2010 the first part of the memorial complex, called the “Window of Remembrance,” was opened (a monument with black and white photos of the victims who tried to move from the western part to the eastern part of Berlin is subject to inspection). The completion of work on the creation of the complex, of which the Reconciliation Chapel is a part, was completed in 2012. 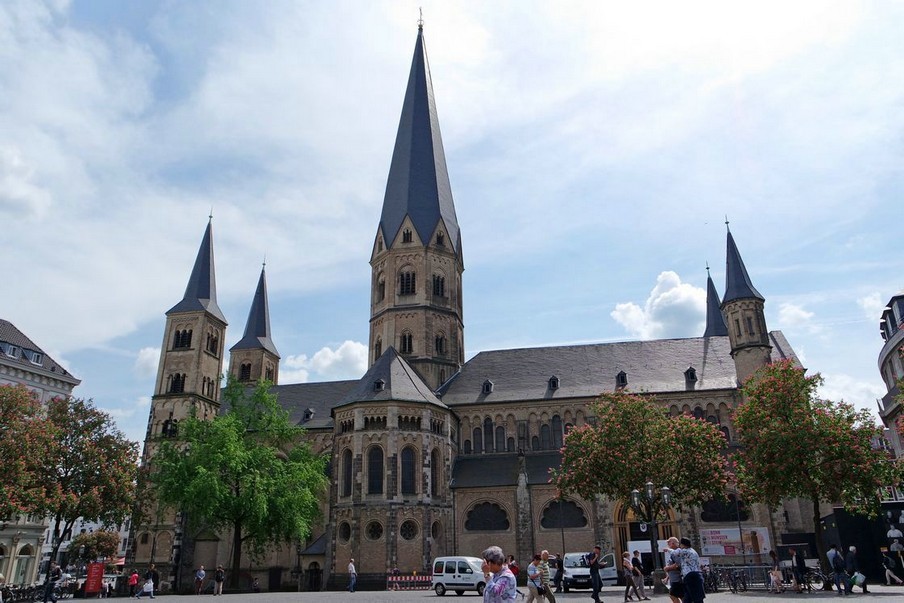 A walk through Bonn should start with a visit to the Bonn Cathedral, one of whose towers is 96 meters high (there are 5 in total). It is located in the cemetery of Roman soldiers who refused to renounce the Christian faith (the busts of Florence and Cassius are installed in the cathedral). Bonn Cathedral is an example of the Gothic style of the 13th century, here you can see a fresco from 1400 with the three wise men, stained glass windows, the altar of St. John (it is decorated with a relief image of the scene of the Baptism of Christ), an equestrian statue of Martin of Tours, statues of the devil and an angel (Romanesque style). Near the cathedral, the Baroque palace, now a post office, and Beethoven’s sculpture deserve attention. 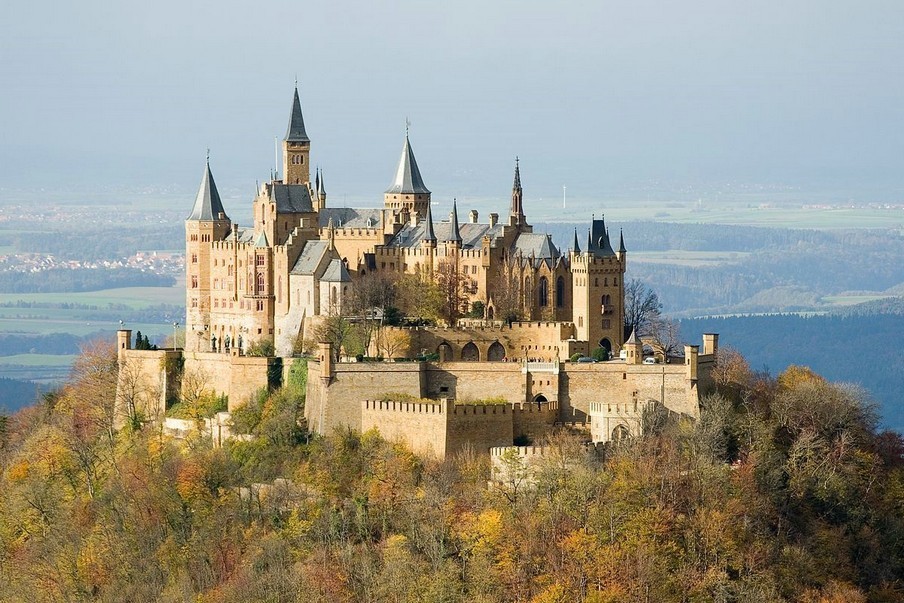 Hohenzollern Castle is located 50 km from Stuttgart. It is called the “castle in the clouds” because of its location high in the mountains. To get to Hohenzollern Castle, you have to climb the steps of a steep staircase. There are 140 rooms inside: visitors can admire the royal military uniform, tapestries, paintings, royal weapons (there is an armory). The castle is known for its summer theater (guests are invited to performances based on Shakespeare’s works) and a beer courtyard (those who want it are treated to German beer), as well as interesting events (in August there is an evening of fireworks).

The cost of a ticket with hall visit is 12 euros (excluding hall visit – 7 euros). 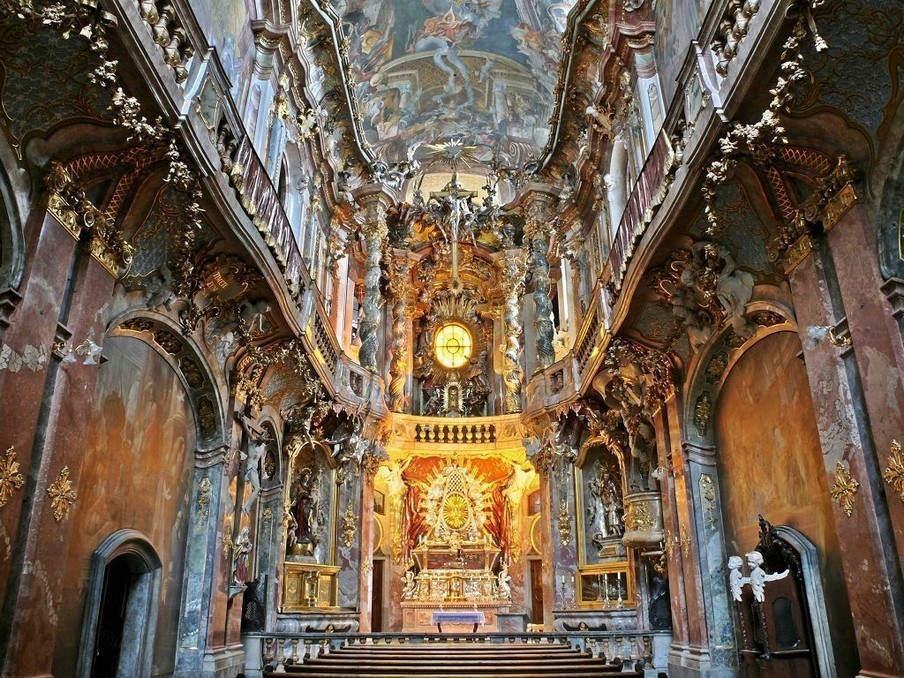 Azamkirche Church (Baroque style) in Munich is distinguished by a white and gold facade and a rich interior decorated with stucco, pilasters and gilding. In the Azamkirche church with 7 confessionals (they are decorated with allegorical images), marble sculptures of saints, carved doors made of dark wood, frescoes based on the deeds of St. John of Nepomuk, altar sculptures of the Holy Trinity are subject to inspection . The church is open from 9:00 am to 6:00 pm and on Fridays from 1:00 pm to 6:00 pm. Admission free.

The medieval castle of Marienburg stands on the top of the hill of the same name, 20 km from Hanover . There is a museum (exhibitions are held regularly), an observation deck (the main tower of the castle), a souvenir store, a restaurant (here used to be stables), a courtyard (used for concerts and other events). Those who wish, will be offered to rent part of the castle for events (for example, on Saturdays it is not possible to visit the castle chapel – weddings are held there).

The tour of the castle lasts about 60 minutes and those who decide to climb the observation deck will pay 4 euros for it. The entrance to the castle costs 8 euros.

The Dammerstock complex is located near the center of Karlsruhe , accessible by local train (get off at Dammerstock station) or walking from the Central Station. It is an ensemble of nearly 300 Neuen Bauens-style apartments (some of these avant-garde buildings look like sci-fi movie sets). Although it will not be possible to go inside, since the apartments are residential, they can be viewed from the outside, as well as several pavilions, a laundry room and a church. 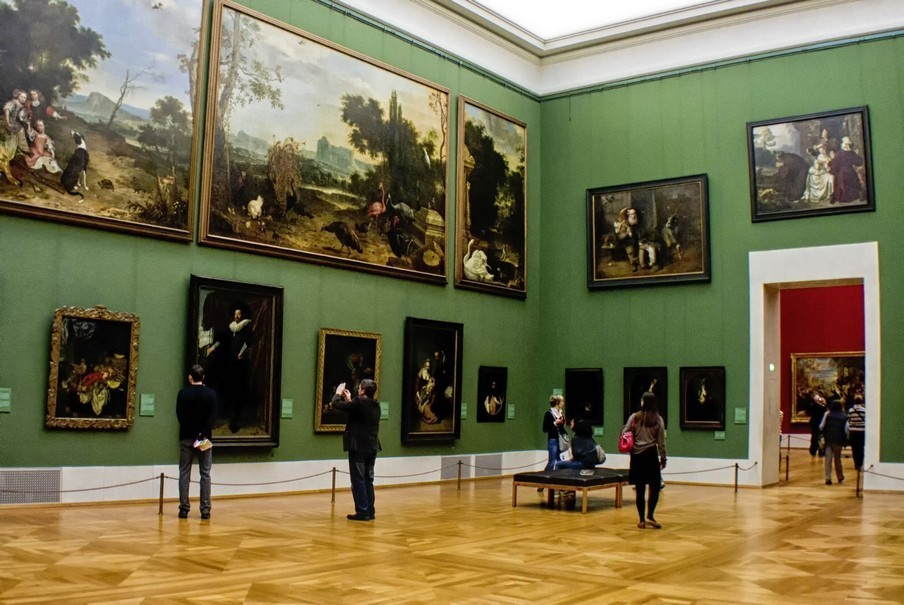 The Old Pinakothek in Munich attracts interest thanks to the works of artists who lived from the Middle Ages to the 18th century. A large collection of paintings for the Old Pinakothek was collected by the Wittelsbach dynasty. Guests are shown in 19 rooms and 49 rooms with 700 paintings displayed there (Bosch, Durer, Raphael, Rubens, Rembrandt). On the first floor there are paintings by Flemish and German artists of the 16-17 century, on the second floor – by artists from the Netherlands and Germany, in halls 5 and 4 – by painters from Italy of the 15-16 century, in halls 6-8 – by Flemish masters of the 17th century.

The entrance ticket costs 4 euros on weekdays and 1 euro on weekends (the Pinakothek is closed on Mondays).

The Citadel of Spandau is a 12-sided fortress in northwest Berlin on the banks of the Havel River. It includes the round Julius Tower, gas laboratories (no visitors allowed there) and triangular bastions (4). Guests will be offered to see the exhibition of the citadel, which tells its history and about the city of Spandau itself (here German engravings, armor, weapons, a model of the fortress in the form in which it looked in the Middle Ages are exhibited) ), and visit the art studios where they forge and make glass products. On the eve of Christmas and Easter, a festive market opens here. 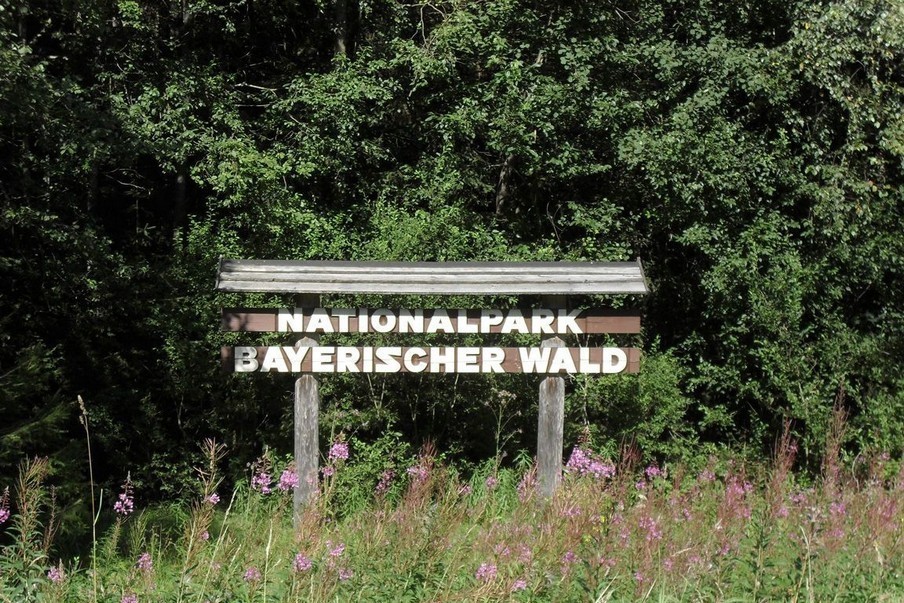 The Bavarian Forest National Park has many miles of hiking trails, bike paths, artificial reservoirs, the natural Rachelsee Lake (located at 1070 meters above sea level, and the water in it is very acidic) and a 1300 meter long hanging road in the form of wooden bridges connected on the tops trees at a height of 25 meters. In the Bavarian Forest, you can see beech, linden, ash, maple, otter, marten, deer, hawk, owl, woodpecker, hazel grouse, beaver, stork, wasp eater, moose.

Previous article
Where to stay in Berlin
Next article
Berlin Nightlife