Places to visit in Austria 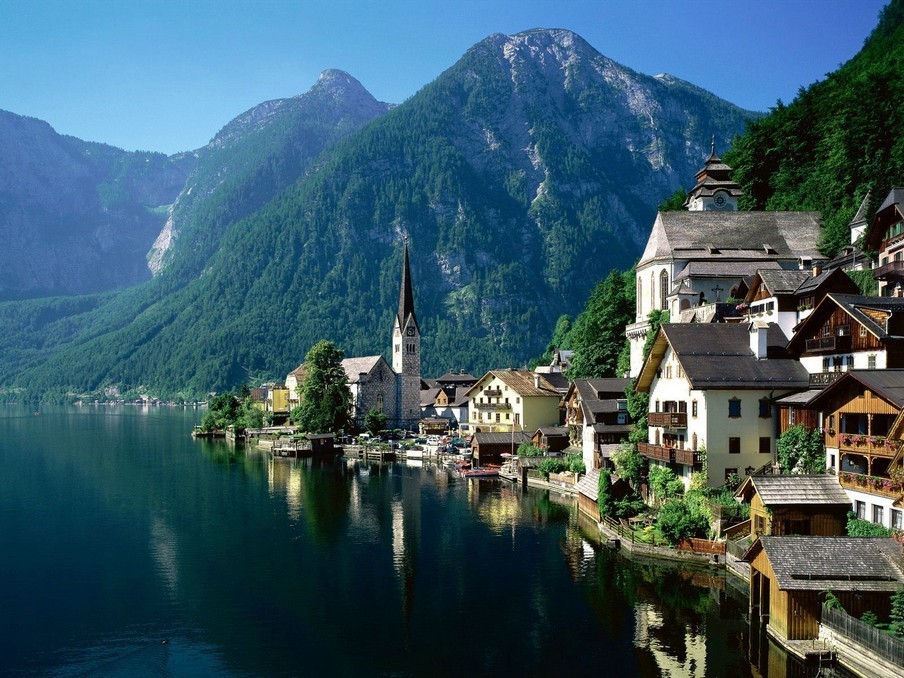 Every year about 25 million people travel to Austria for medical, cultural, activity and ecological tours. Do you want to know what to see in Austria? Pay attention to the sights of Vienna, Salzburg, Innsbruck, Linz, Graz.

Holidays in Austria are at their best in May and July, December and March and September. Carinthia (where the water temperature during the whole summer is +24-26 ˚C) and the Salzkammergut region (in July and August, the water gets as warm as +22-23 ˚C) offer good conditions for swimming.

The ski season (at the service of skiers – Arlberg mountain range, Ötztal and Zillertal valleys) in the country is from December to March, but in some places you can ski until May, and in February Westendorf invites everyone to visit the winter festival Jump and Freeze.

It is important not to miss the ball season, which starts on New Year’s Eve and lasts until Easter.

St. Stephen’s Cathedral in Vienna is famous for its impressive stained glass windows, 136-meter spire, lancet vaults and mosaic roof, North and South towers (both towers are equipped with platforms for viewing scenic views of the Austrian capital). The cathedral houses icons, world-famous works of art, church utensils, as well as catacombs and the Habsburg family tomb.

There is 40 km between Salzburg and the castle Hohenwerfen, which is more than 900 years old. Tourists entering the castle through any of the 4 gates can admire the lifting bridges, stone walls, Clock Tower and Falturm Tower, the 15th-century statue of Virgin Mary with the Child, the ancient chapel, the 17th-century underground chapel, exhibits in the Armory and the Museum of Falconry, and see the mountains, valley and the Salzach River from here.

From Salzburg to the castle Hohenwerfen (the ticket costs 12 euros) by train S-Bahn (travel time is 45 minutes), and then have to overcome the height of 155 meters on foot in 15 minutes (alternatively – the elevator, which will cost 15.50 euros).

Mirabel Palace in Salzburg is famous for its grand staircase decorated with figures of angels, the church and the Marble Hall (now used for marriage ceremonies), gardens with a fountain (its decoration is the sculpture of Susanna), stone lions, flowerbeds of unusual shape, garden theater. Today Mirabel Palace is a venue for congresses, concerts and award ceremonies.

Castle Leopoldskron (Rococo style) in Salzburg was the residence of the archbishop and is now a hotel. The castle is equipped with parks, lawns, a small lake. Despite the fact that the castle Leopoldskron is owned by a private person, you can visit it at the open house (last Saturday in November), or book a room at the hotel (its location – one of the wings; standard single room will cost at least 127 euros). In this case, guests will be able to visit all the castle rooms (there they will see stucco, paintings, 19th-century paintings), including the ancient Max Reinhardt Library. In May and June, plays are staged here, mostly based on Shakespearean dramas.

Of the 1,441 rooms of Schoenbrunn Palace in Vienna, only 40 are accessible to tourists. In the Hall of Mirrors one can admire the altar with the image of the Virgin Mary and crystal mirrors, in the Small Gallery – marble busts of Marie Caroline and Marie Antoinette, in the Great Hall of the Rose – the clock, a portrait of Marie Therese, Asian floor vases in white and blue, in the Roesselzimmer – paintings hunting scenes in the Ceremonial Room with battle scenes and 18th century paintings, a gilded wooden chandelier in the Nussholz-Zimmer, a portrait of the Kaiser on the eve of his death and Franz Joseph’s bedding in the Franz Joseph Bedroom. The local cafe is interesting with its daily strudel show with a tasting of this dessert.

The three cascades of the Krimml Falls, with a total height of 380 meters, are “fed” by the Krimler-Ache River (springing from a three-kilometer-long glacier) and are located in the High Tauern National Park (admission to the park costs 15 euros). The area surrounding the waterfall is interesting because of the luminous moss that grows here (it reflects the light that falls on it). Rare moss grows here due to the high humidity. It is worth noting that in winter, the waterfall stream freezes.

Ice Cave Eissrizenvelt, 407 m deep and 42 km long, is located near the village of Werfen. The nearest mountain shelter is Dr. Friedrich-Oedl-Haus. Tourists reach it by cable car (every day its services are used by 2500 people). In the cave (for the exploration of visitors are provided with carbide lamps), everyone can admire the ice figures, which illuminates the magnesium light. Access to the cave is open from the beginning of May to the end of October (ticket price €22).

Heiligenkreuz Abbey is a couple of kilometers from Baden. The abbey has a church from the 12th and 13th centuries (its architecture combines Gothic and Romanesque styles, and its bell tower reflects the Baroque style; the main church relics are the relics of Otton of Freisingen and a piece of the Holy Cross), the Holy Trinity column (its carving is the work of Giuliani from Venice), the Assembly Hall (the resting place of famous figures from Lower Austria) and the monastery library (it is the storehouse of 50,000 volumes).

You can visit the abbey for free, but it is better to join an organized group of sightseers.

The castle is located in Graz next to the cathedral of St. Egidius. The castle is interesting with its Gothic gates, sgraffito decorations on the facade, Renaissance arcades, spiral staircase (characterized by fan steps with the inscription Aeiou), some preserved inner rooms, two courtyards (north courtyard famous for the “gallery of fame” with busts of artists and scientists from Styria).

Villa Lehar is located in Bad Ischl. The three storey Villa Lehar is a classicist example and as the composer Franz Lehar himself bequeathed it was converted into a museum where everything is preserved as it was during his lifetime. You can admire the paintings, clocks, antique furniture, sculptures.

The villa is open to tourists from 10 am to 5 pm (Monday is a day off in May and September, and Tuesday in July and August). They charge 4.90 euros for admission.

The Dachstein mountain range is famous for its fossils and caves, as well as for its skiing trails (a ski pass in the region costs 50 euros/day). The 3000-meter peak is conquered by rock climbers and lovers of beautiful natural sights (from the observation deck Sky Walk, equipped with a glass floor, you can admire the Austrian Alps).

Particular attention should be paid to:

From Salzburg to the gorge of Liechtenstein, a length of 4 km – 50 km. This gorge can not be called safe, so for tourists it was opened only in the late 19th century, and nowadays access to it is possible only during the day. In the Lihtenschein Gorge (at the entrance there are restaurants and souvenir shops) there is a stone path for travelers, so they can walk along it and see the 300-meter rocks and a 150-meter waterfall.

There used to be a Roman camp of the same name from the 1st century A.D. at the site of the Carnuntum Archaeological Park. Some of the finds are in the museum in Bad Deutsch-Alteburg and can be seen in the villas and foundations of houses, canals, cellars, thermal baths, ruins of gladiatorial halls, etc. (the ticket price of 17€ includes the museum itself).

Park Karnuntum is 43 km from Vienna. There is a direct train (get off at the station Petronell Karnuntum).

The five-storey house with the golden roof and the upper balcony, decorated with old frescos, balustrade and stucco, is a landmark of Innsbruck. Today there is a museum there, where anyone can view the exhibits, which give an idea of how Emperor Maximilian I and the entire Habsburg dynasty lived. It is also the place where marriages are registered (an institution has been opened) and where the Secretariat of the International Alpine Convention is located.

The Minimundus Park is located in Klagenfurt on the shore of Lake Wörthersee. Visitors to Minimundus become part of a peculiar circumnavigation of the globe in a day, as they can admire scaled-down replicas (150 1:25 scale miniatures are displayed here) of the Sydney Theater, the Taj Mahal, the Statue of Liberty, and the Eiffel Tower. You can also see technical models, in particular, trains that travel 5,000 kilometers a day in the park. Younger guests can spend time in the playground, and adults – to visit the summer evening concerts.

Next article
Things to do in Hong Kong