Places to Visit in Australia 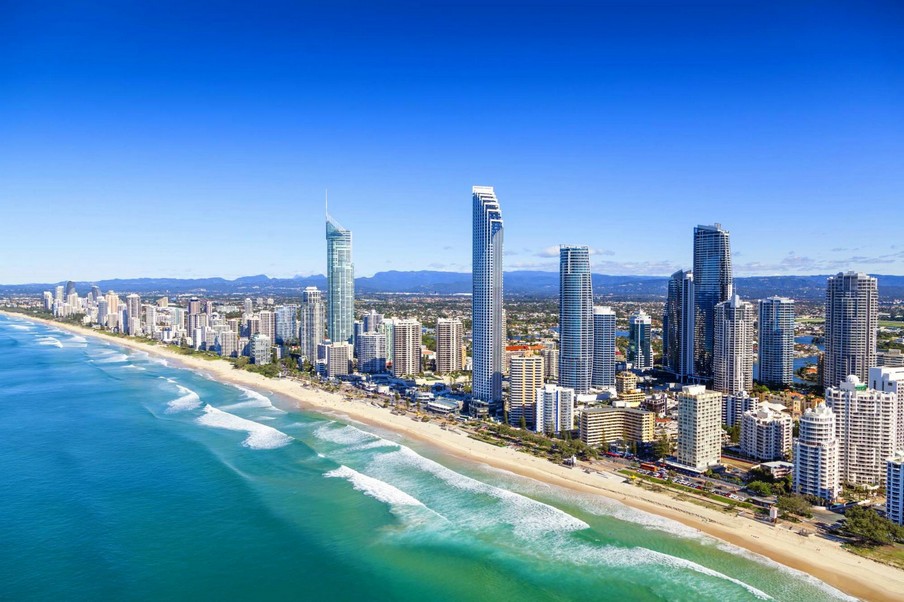 Australia is a unique country where natural wonders are almost at every step: breathtaking landscapes, the amazing Great Barrier Reef, an incredible variety of fauna and flora …

But the historical and architectural sights of this country are no less impressive! Australia has nineteen World Heritage Sites (from the UNESCO list). Among them, both natural and cultural attractions are included in this list and several objects of a mixed type. Here are some of Australia’s UNESCO World Heritage Sites:

It is impossible to give a description of all the attractions of Australia that a traveler needs to see. There are too many of these natural and man-made beauties. But you can talk about what to see in Australia in the first place (although it is extremely difficult to choose the best among the incredible variety of wonders this country is famous for). 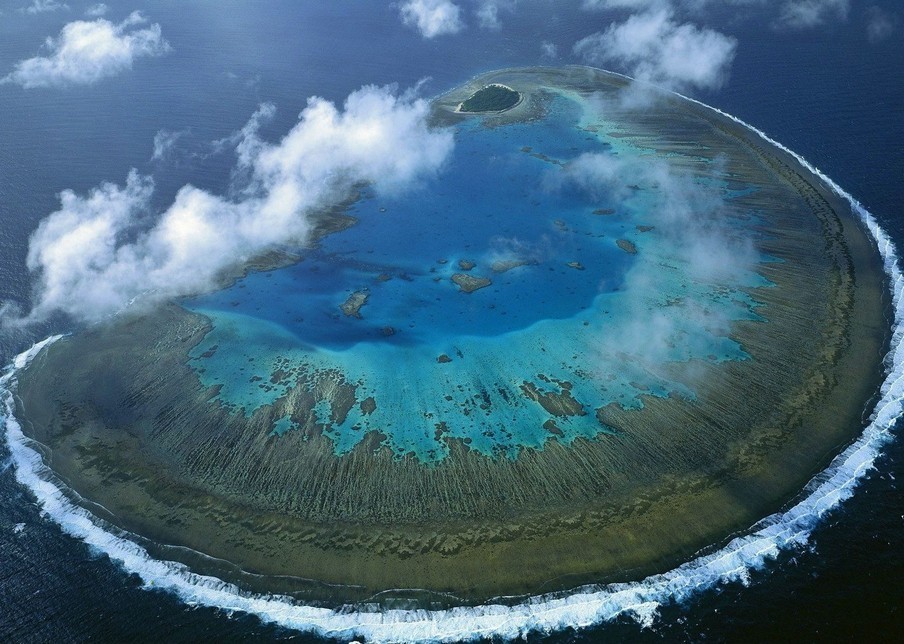 The world’s largest coral reef. One of the natural wonders of the world (according to CNN). The reef is a unique ecosystem, it is home to about one and a half thousand species of fish and more than two hundred species of birds. The reef covers an area that is larger than the UK.

The Great Barrier Reef is formed by many smaller reefs and coral islands. Some of these islands are tourist attractions. The cost of staying on them depends on the degree of “comfort” of one or another island. Some are equated to five-star hotels, and therefore the cost of rest is appropriate here. On other islands, you can pitch a tent for a very reasonable price.

This unique place is located in the city of Kuranda. The most beautiful species of tropical butterflies live here. Among them are a glass bowl (a butterfly with transparent, like glass, wings), a sky-blue sailing butterfly and a huge peacock-eye hercules. When sailing butterflies fly over the river, sapphire reflections fall on the water.

Tours to the reserve start every fifteen minutes. The duration of one excursion is half an hour. 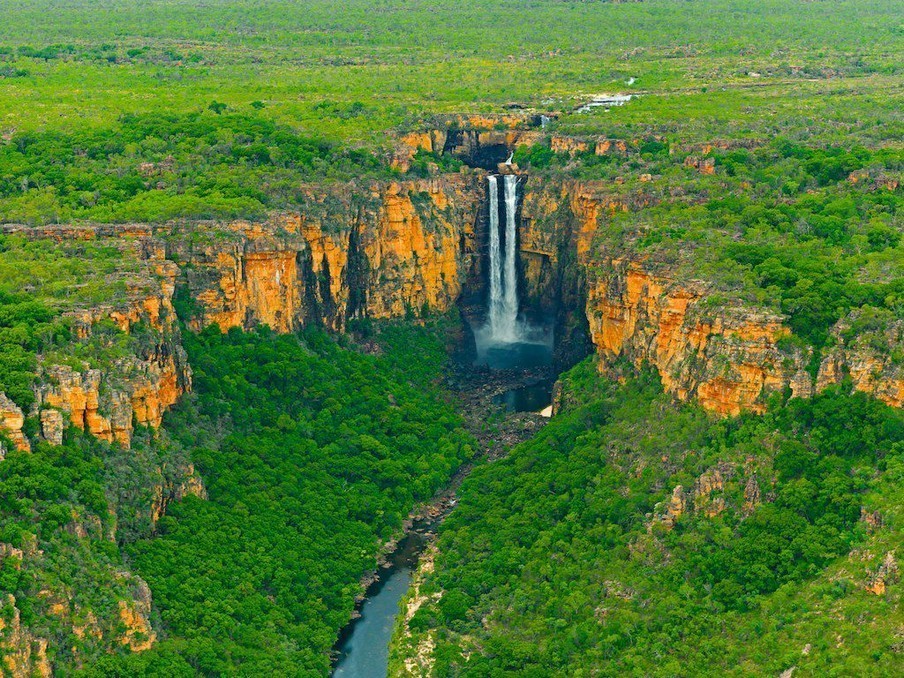 Another attraction of Australia, protected by UNESCO. The word “Kakadu” in this case does not mean a species of birds, but is a distorted name of one of the local tribes.

In the park, there are caves with rock paintings, which are about eighteen thousand years old. These are the so-called “X-ray” drawings of the aborigines: they depict the internal structure of animals and people, which speaks of knowledge of anatomy. According to representatives of local tribes, the drawings were made in the so-called “time of dreams” – this is the era when, according to Australian mythology, everything that exists was created.

This famous skyscraper is located in Melbourne. It is one of the tallest buildings in Australia. Several lower floors are occupied by parking, the remaining eighty-four floors are residential. There is an observation deck almost at the top of the skyscraper. The tower is named after the gold mine where an uprising took place in the middle of the 19th century. The upper floors of the building are covered with gilding. 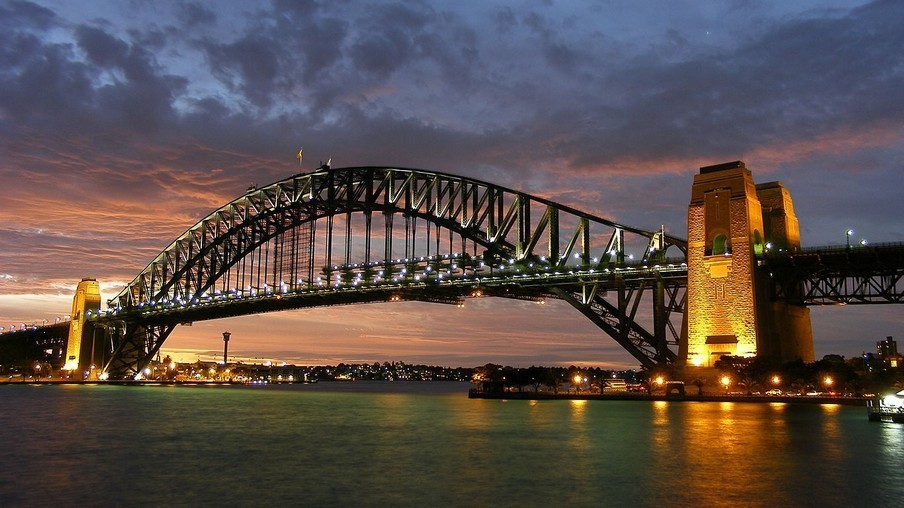 Steel Bridge in Sydney. One of the largest arched bridges in the world. It was discovered in the first half of the 20th century. Locals gave this attraction a playful name – “hanger”. The view from the bridge is amazing.

Guided tours are regularly held on the bridge. Children under ten years old cannot take part in them. All participants are provided with rubber-soled shoes and safety clothing. The cost of the excursion is from 200 to 300 dollars. Travel across the bridge is also paid ($ 3).

This attraction is located near Sydney. Here the traveler will see many types of reptiles, including snakes, lizards, crocodiles, and turtles. Park employees are working on compiling a collection of spider and snake venoms, which are then used to make antidotes. Thanks to this, more than fifteen thousand human lives have been saved.

Not so long ago, the world famous crocodile Eric lived in the park, which was distinguished by a difficult character and a bright personality. He died at the age of almost sixty, by that time his weight had reached seven hundred kilograms, and his length exceeded five and a half meters. 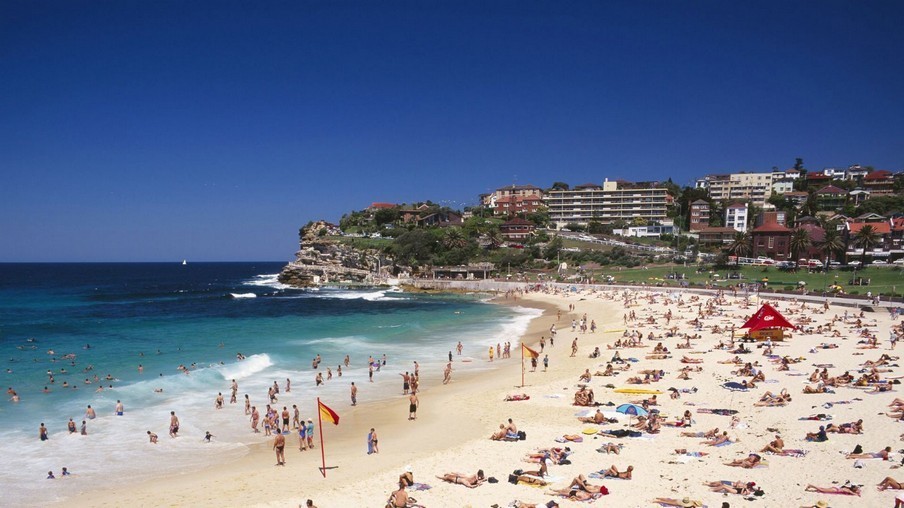 Beautiful beach about ten kilometers lot of Sydney city center. Part of the beach is only accessible to surfers who simply adore this place. Red and yellow flags mark areas that are safe for swimming.

Sometimes you can see whales and dolphins swimming by the beach, occasionally penguins also appear here (yes, there are penguins in Australia!). And in the summer, you need to be careful: a meeting with a shark is not excluded.

There are numerous shops, hotels and restaurants near the beach. There is also a cultural center where various interesting events take place.

This unique landmark is located near the town of Heiden. More than a hundred thousand tourists come to see the huge granite wave every year. Its height is fifteen meters, its length is more than a hundred meters, and its age is sixty million years.

This amazing granite formation arose as a result of natural processes: rains and winds affected the granite until it took the form that now surprises and delights travelers. The stone wave has another impressive property: it changes color during the day.

The Stone Wave is not only one of Australia’s top landmarks, but also the venue for the annual worldwide underground music festival. 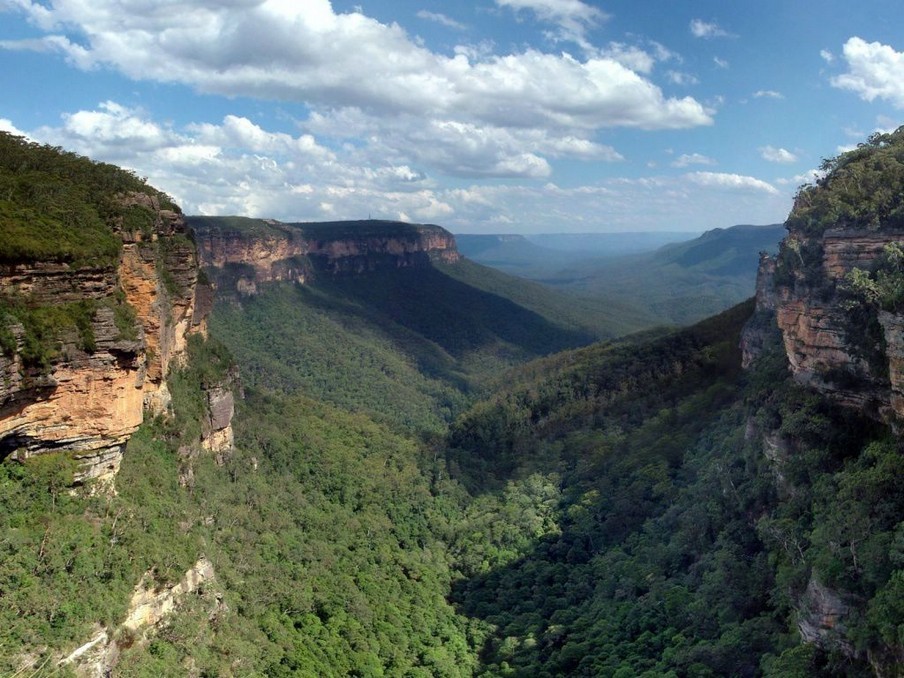 Mountain area near Sydney. One of the sites protected by UNESCO. The mountains got their name because of the bluish vapors of eucalyptus trees (suspension of essential oil). Tourist sites in this area are mountains, waterfalls, caves. In some specially protected areas, tourist access is limited.

The Blue Mountains has the steepest railroad in the world. It was built to transport oil shale and coal, but now it is used only for tourism purposes.

These picturesque “hives”, known to the aborigines of Australia for many millennia, were discovered by the white population of the country only in the 80s of the XX century. It happened like this: an airplane flew over the “hives”, in which there were several filmmakers; the colorful rock formations below have been spotted by some of the passengers or crew.

Australian village where one of the ancient local tribes lives. Tourists can hear songs and legends here, see the dances of the aborigines, and take part in their rituals. Here you can also buy souvenirs and various drugs.

There are other interesting sights in this area. Among them is a rehabilitation center for bats, where wounded animals of this species are nursed, mice are fed, for whatever reasons, left without parents. 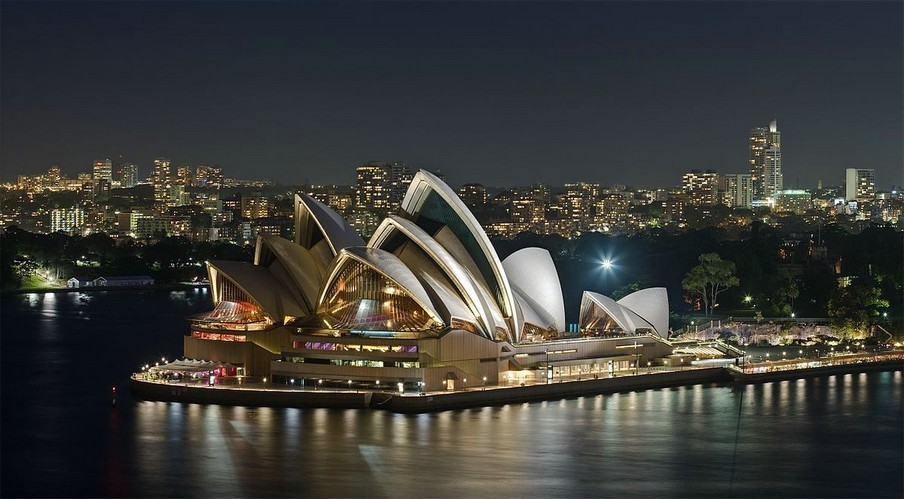 A unique architectural landmark, one of the cultural centers of Australia, a visiting card of Sydney. The roof of this building has a very unusual shape and has an impressive feature: its color changes depending on the lighting. Opening hours of the theater: from 9-00 to 17-00.

They were founded in the 18th and 19th centuries. Here lived criminals exiled to Australia from the British Empire. Settlements are located in the cities of Sydney and Fremantle, as well as on Norfolk Island and in the state of Tasmania. One such settlement is the Hyde Park barracks in Sydney. They were erected by the architect F. Greenway, who was sentenced to hard labor in Australia.

This national memorial located in Canberra is dedicated to all the participants in the wars waged by Australia. It is considered one of the most significant war memorials in the world. The stained glass windows and mosaics of the Memorial Hall were created by N. Waller. He lost his right hand during the First World War and later learned to draw and work with his left hand. The memorial is open from 10-00 to 17-00, its only day off is Christmas.

This open market is the largest of all markets of this type in the Southern Hemisphere. It is located in Melbourne and is considered one of the landmarks of this city. The market originated in the 19th century and is a historical landmark.

The Vic Market (as the Australians call the market) will be appreciated not only by connoisseurs of history, but also by shoppers. The range of products offered here is almost limitless:

Previous article
7 Convenient Bites at Pike Place Market in Seattle
Next article
Things to Do in Barbados: Top 15 Attractions