On a tulip tour through the Bollenstreek with a Twizy

Fancy a cool outing? Go on a tulip tour through the Bollenstreek with a Twizy! It is a joy to visit the beautiful flower fields in this open and contemporary car. Get in and enjoy!

We have had a few warm days so that the daffodils and hyacinths are in full bloom. And the first early tulip fields are now also in bloom. For most tulip fields, however, we still have to wait until probably mid-April. Another week, maybe two, then all those tulips will show up again! Dahlias bloom in late summer, in many colors and shapes. Enjoy these beautiful flowers with Renzy’s tulip tour. 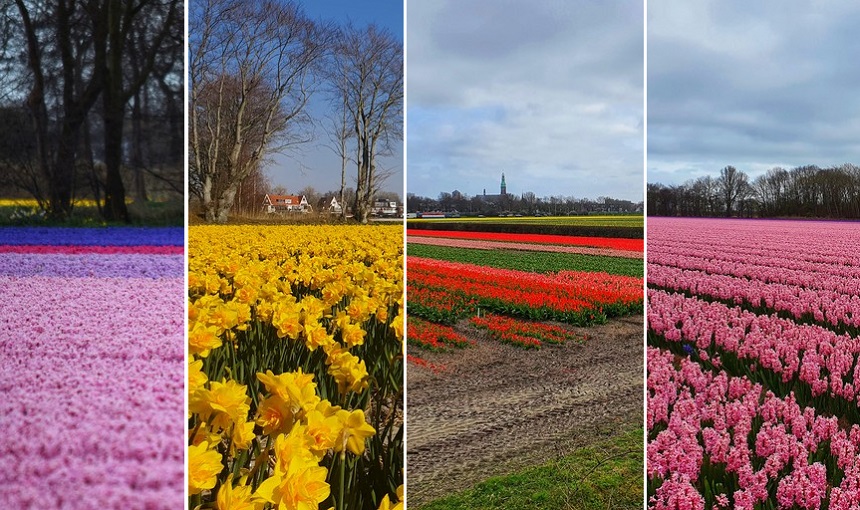 At the end of March, beginning of April you will see daffodil and hyacinth fields anyway, also very worthwhile

Experience the tulips up close

Renzy.nl GPS offers audio tours through the typically Dutch landscape. In a tough Renault Twizy you will discover the highlights of South Holland as much as possible off the beaten track. The tulip fields tour can be booked from the beginning of April to mid-May. To experience the famous Bollenstreek as intensely as possible, you are sent out with an electric, environmentally friendly Twizy for two people. An audio tour is played in the car, which tells you everything about the area and shares fun tulip facts. There are several routes, including stops at show gardens and growers. Get out as often as you like for a selfie, a picnic or a short walk. A unique experience with guaranteed attention along the way. 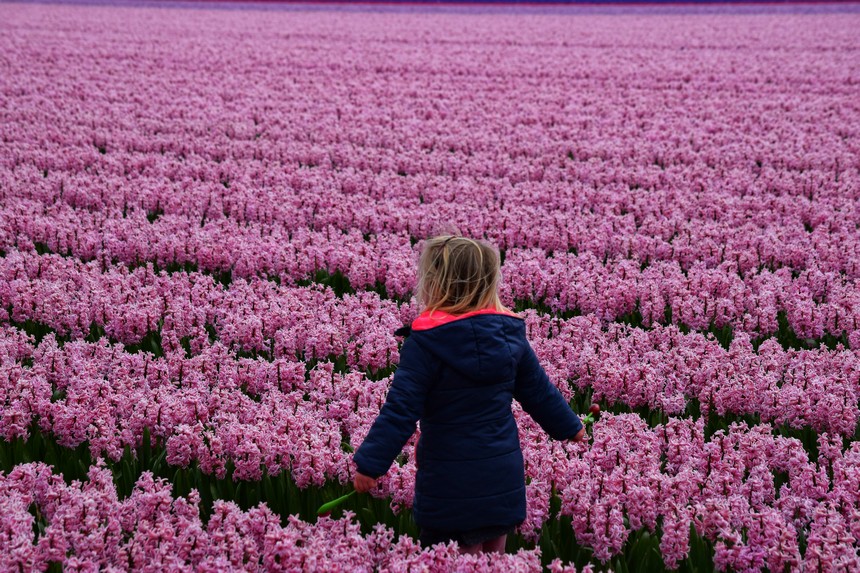 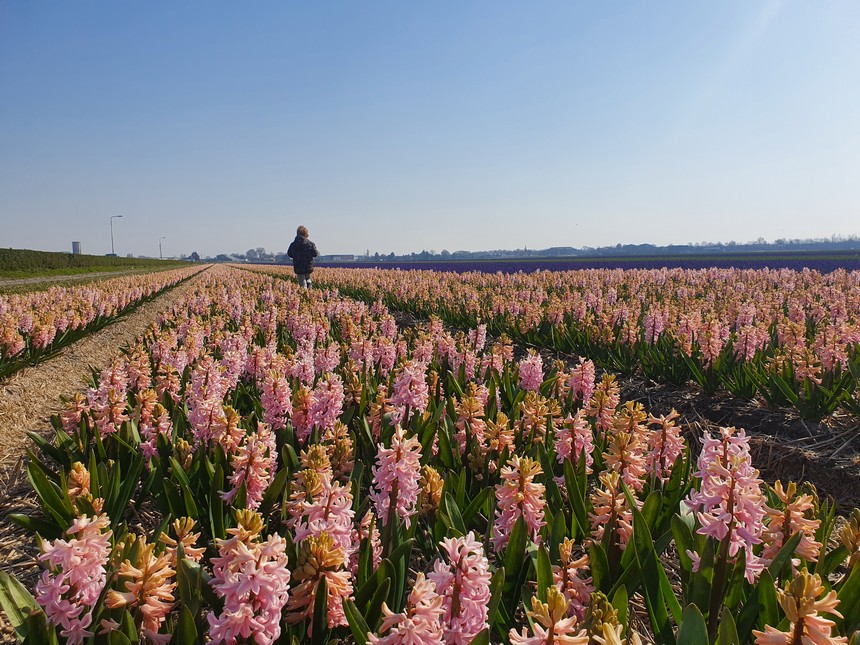 The route is pre-programmed on the navigation in the front of the car, so driving the wrong way is almost impossible. All nice back roads along cool places, so no tour bus routes. You can drive the route of about 20 to 25 kilometers, without stopping, in half an hour. But you have two hours, so it’s nice to get out every now and then. A must is a stop at the Tulperij, the authentic tulip bulb nursery of the Jansze family in Voorhout. The Tulip Barn, a bit more at the end of the route, has recently opened and guarantees the best Instagram-worthy photos among the tulips. The tulip growers are open seven days a week for the Renzy tours, including evenings. 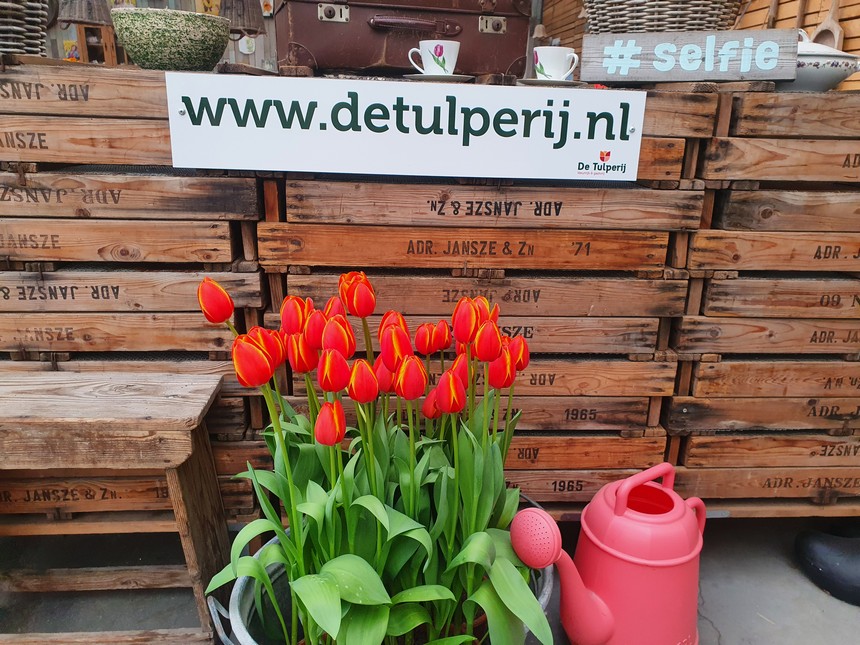 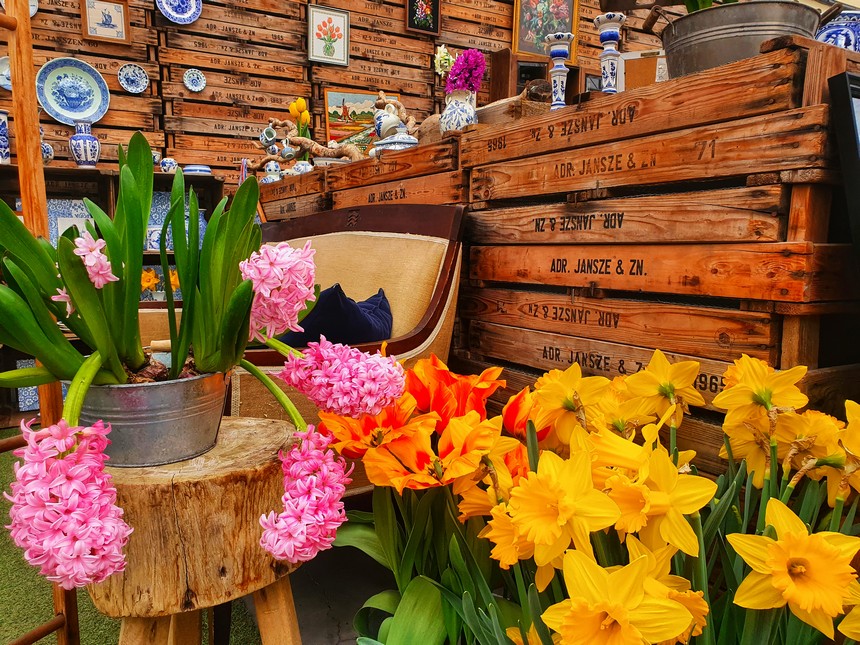 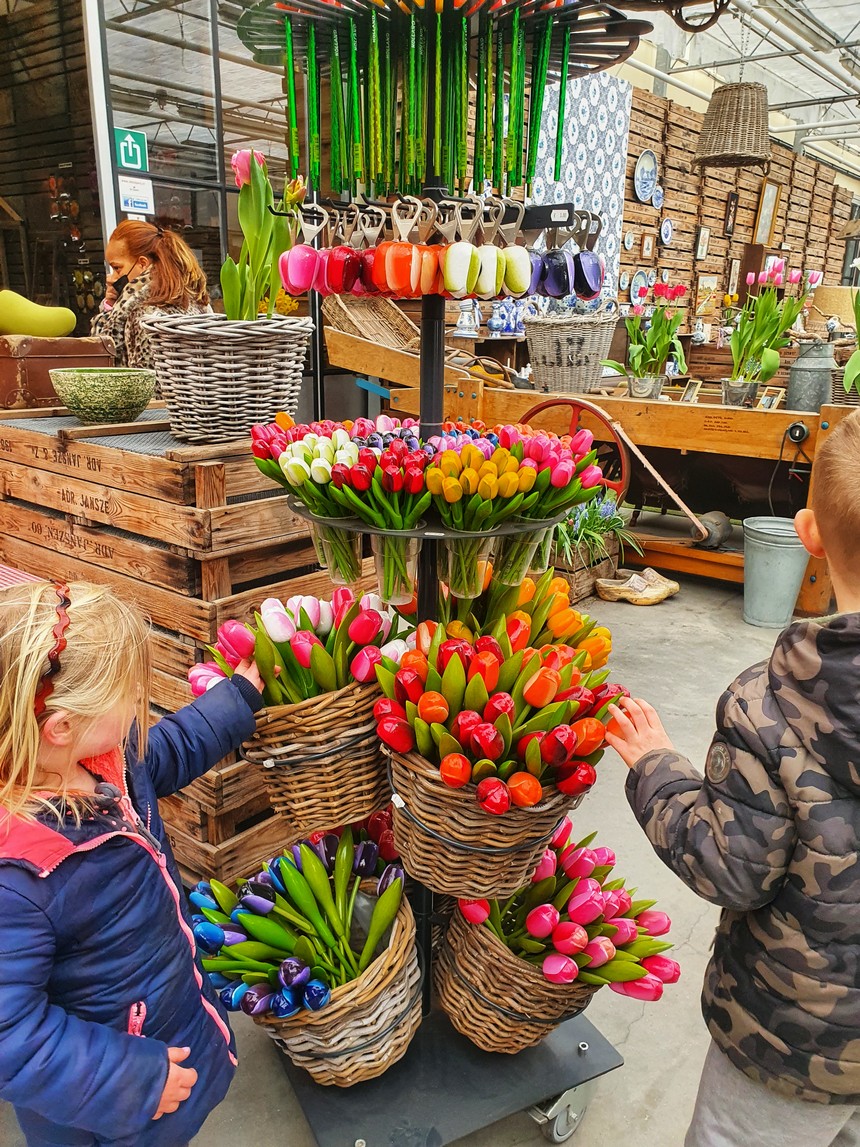 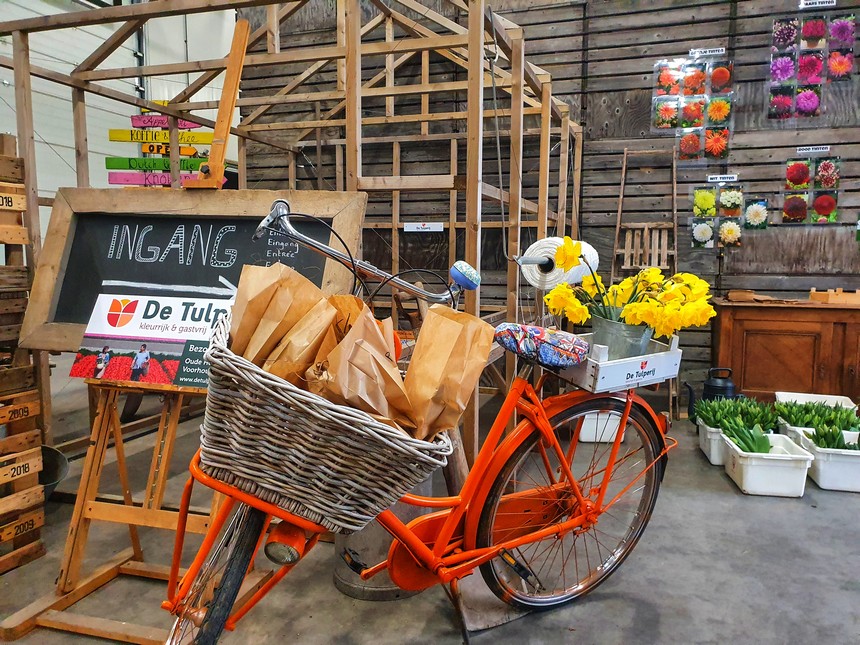 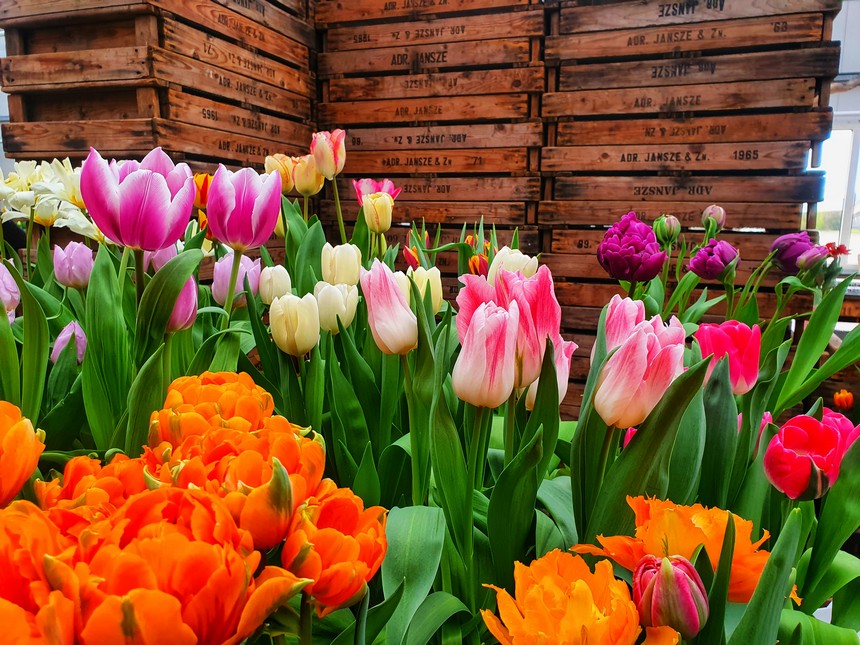 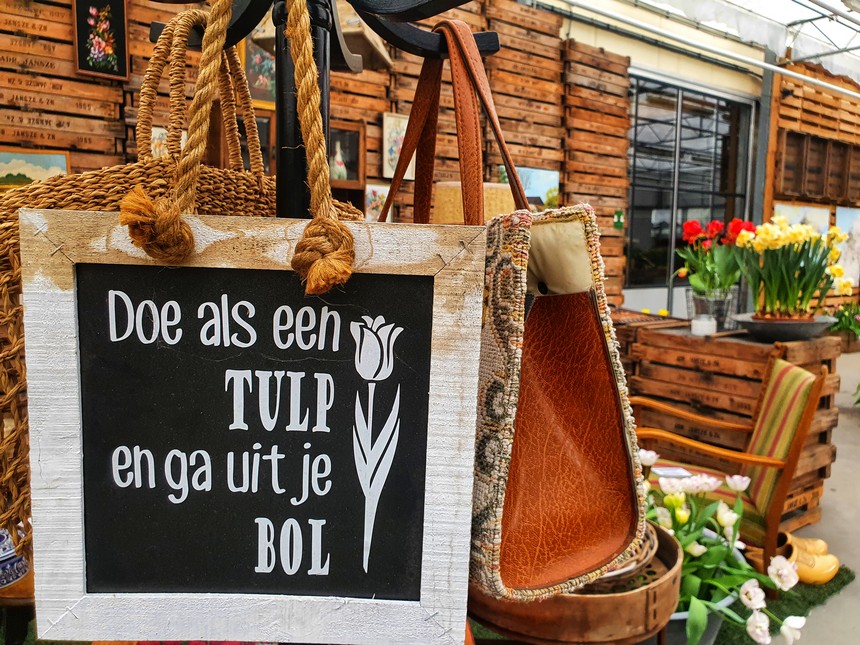 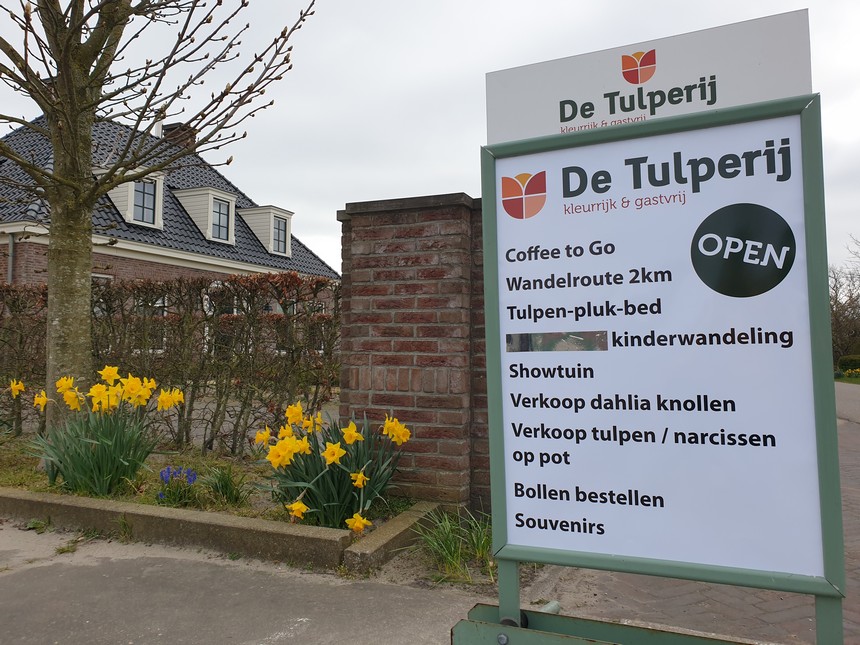 The tour follows a fixed route through the Bollenstreek. Thanks to the pre-programmed GPS route, and the audio guide that shares fun facts about this typical Dutch flower, you can explore the colorful flower fields at your own pace. You will learn how Europe fell in love with tulips. That they were so popular in the Golden Age that tulip bulbs suddenly became speculative commodities, worth more than some houses. Tulips became the symbol of wealth. A hype arose that is now known as ‘tulip fever’, or ‘tulip mania’, ‘tulip craze’ or ‘bulb madness’. The film Tulip Fever was made about this in 2017.

Tulips were grown in all kinds of colors. Only blue and black never quite worked out. Each color has its own meaning. Red stands for perfect love, yellow symbolizes happiness. Would you like to apologize? Then go for white tulips. Orange stands for energy and enthusiasm, it always works well. The Netherlands is unique. About 80 to 85 percent of all tulips come from our country. Every year in Ottawa, the Tulip Festival takes place in which the Dutch royal family sends 10,000 tulip bulbs to the city in gratitude for the hospitality enjoyed by the royal family in Ottawa during World War II, as well as for the prominent role that Canada played in the liberation of the Netherlands. 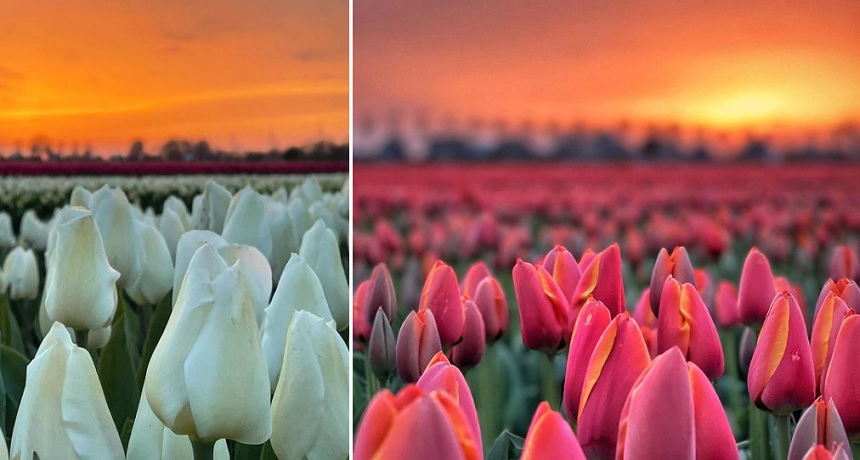 Tulips were grown in all kinds of colors

Kidstour with Renzy: crack the code

Four families can ride the kids tour with two Twizies. The parents send, the children crawl in the back. Child seats and boosters are available for children from 1 to 12 years old. Although the kids are in the back, they have plenty to do on the family tour. They are given a scavenger hunt, tailored to their own age. For the younger children, Renzy has a challenging photo scavenger hunt during the route to be able to crack the code of the treasure chest. Children who can already read get a real GPS treasure hunt through the Bollenstreek, where they search for the secret code along the way. This allows them to open the safe on their return for a nice surprise. The children do not let themselves be told twice and the booklet is frantically leafed through immediately.

The passengers also receive a walkie-talkie, which is great fun for the children of course. Also useful for the parents who drive, because you can also agree when you want to stop for a while. And handy if you miss a turn… over and out 😉 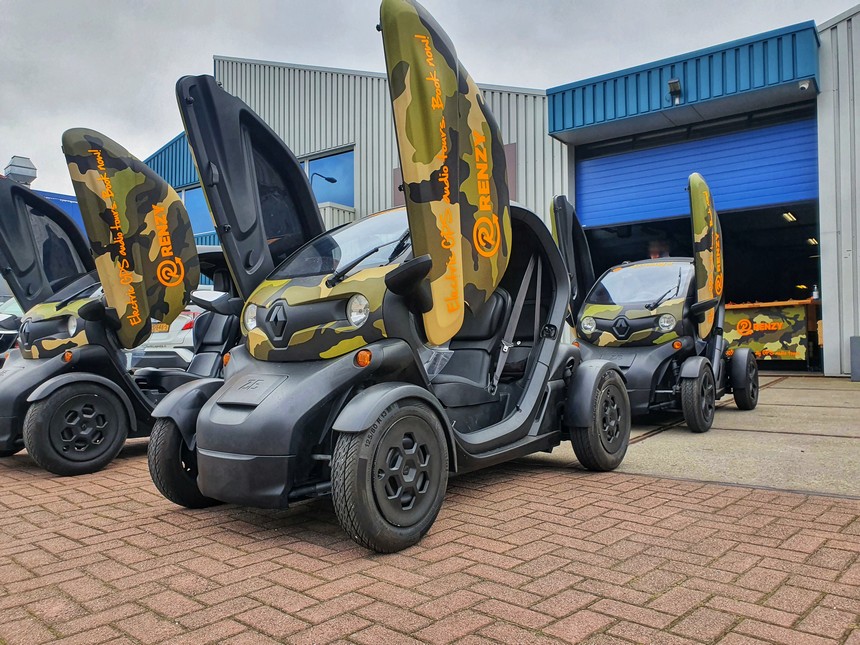 The eldest sees the cars from far outside: “look, with army print!”, He is immediately enthusiastic 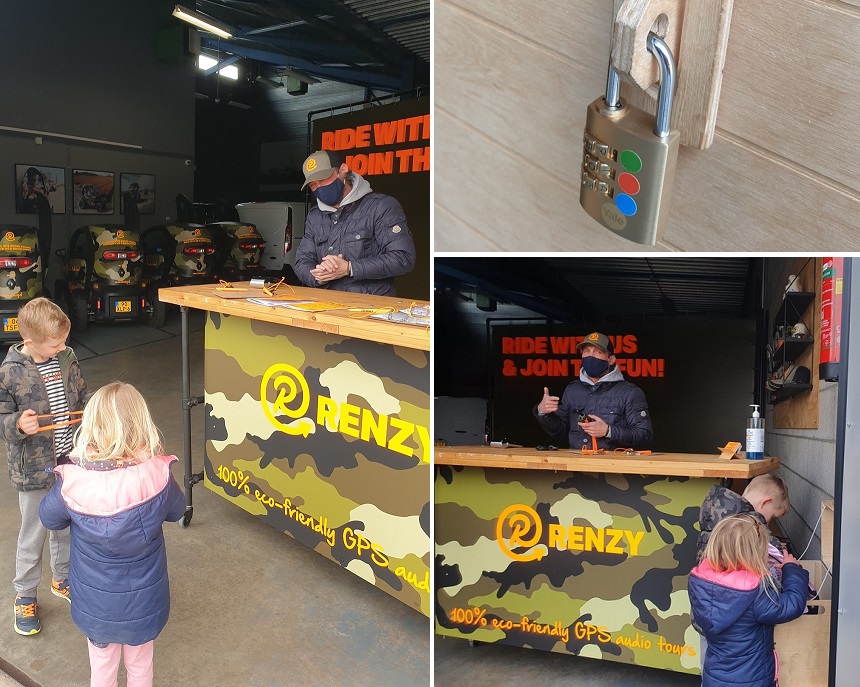 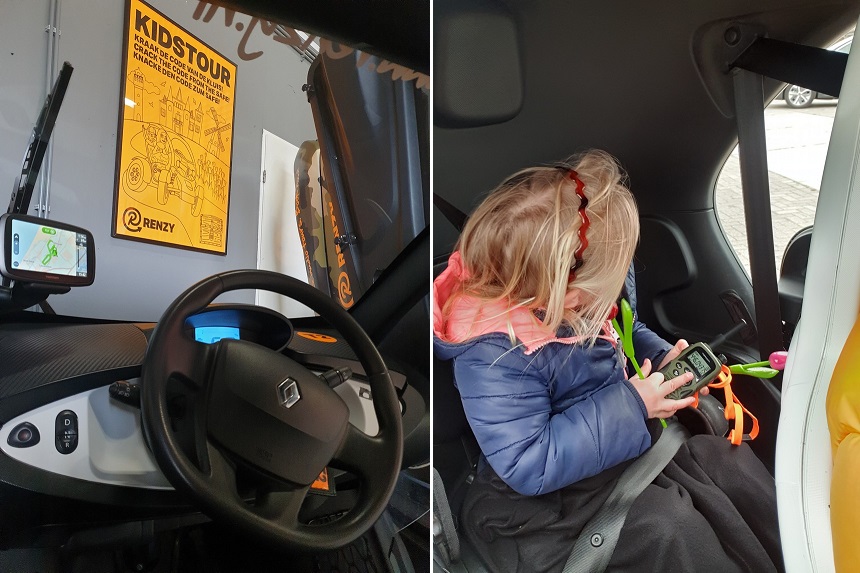 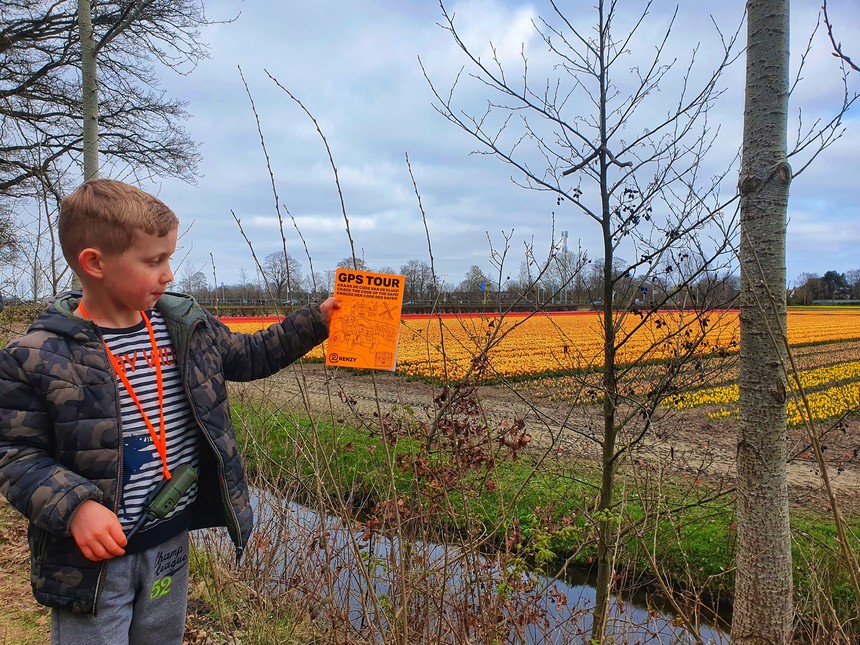 Relaxed cruising through the Bollenstreek

Driving the Twizies is super easy and fun. Make sure you are there half an hour before the start of the tour to check in. The instruction takes place outside the business premises. It is not difficult. The main button on the dashboard is used to determine whether the Twizy is moving forwards or backwards. The Twizy is an automatic, shorter than a Smart ForTwo and hardly wider than a motorcycle. You can only get in with the two of you and you are not sitting next to, but behind each other. Crawling in the back does require some dexterity.

The Twizy does have gull-wing doors, but no side windows. Thanks to the open construction, the experience is very different from that in a traditional car. To be fair, they are far from standard. The sensation, and therefore the fun content, is therefore great. What the Twizy excels at is maneuverability. The turning circle is small and thanks to the minimal dimensions you can place the Twizy anywhere. This way you can also admire the imaginative flower fields up close. It runs silently and is 100% electric, so your tour is environmentally friendly too.

Since the Twizy has no windows, heating or air conditioning is pointless and therefore not available. It is advisable to dress warm and in layers, as it can be cold and windy in the open Renault Twizy. There is an extra blanket available for the passenger in the back. Although the Twizy is small, there is also enough space to take a backpack or bag with you. This can easily be next to the driver. 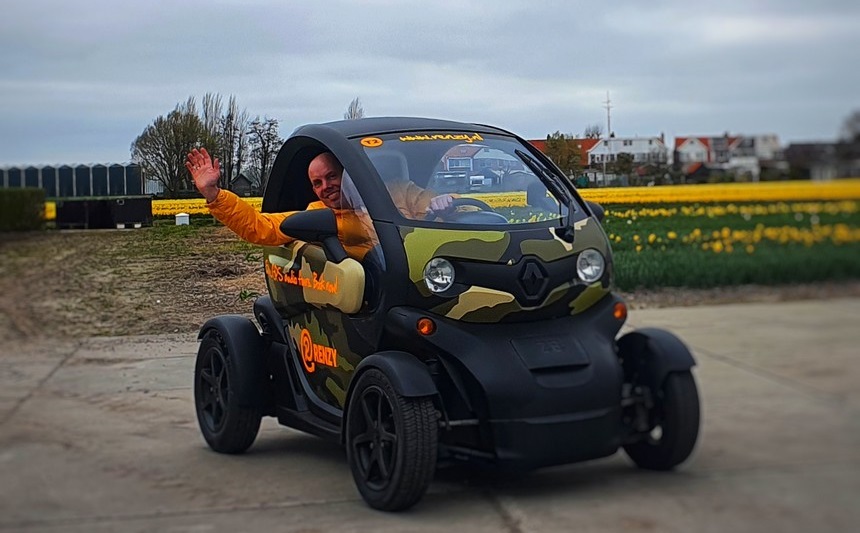 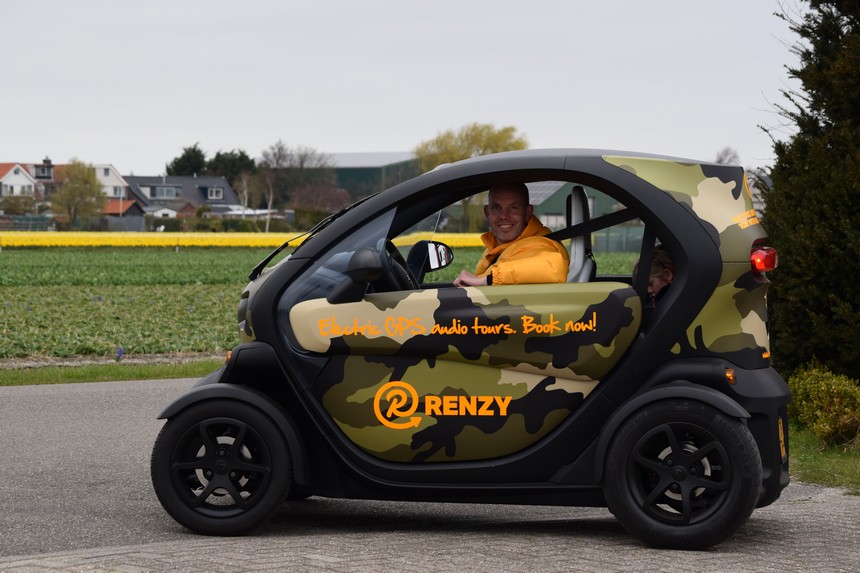 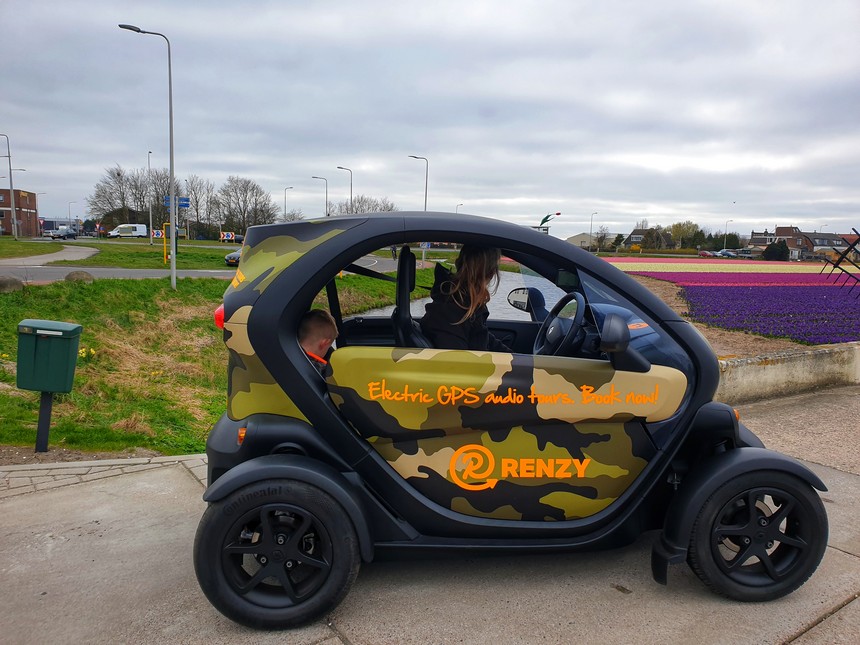 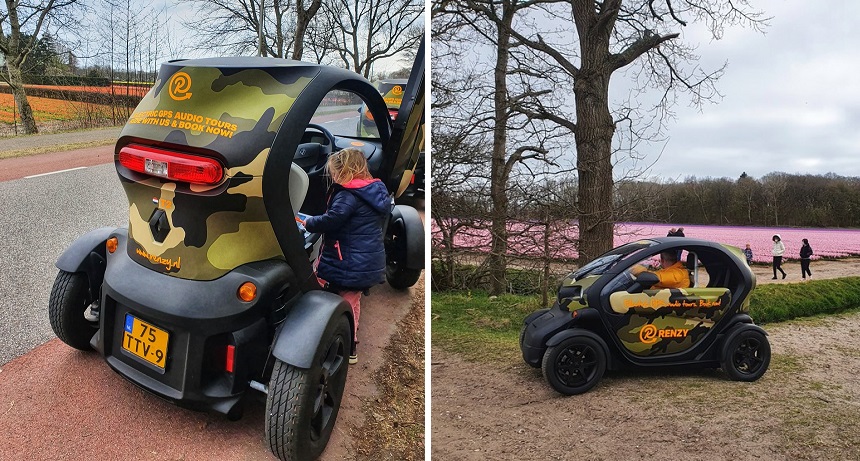 Cool outing: with a Twizy on a tulip tour via Renzy.nl!

Until the tulip time! 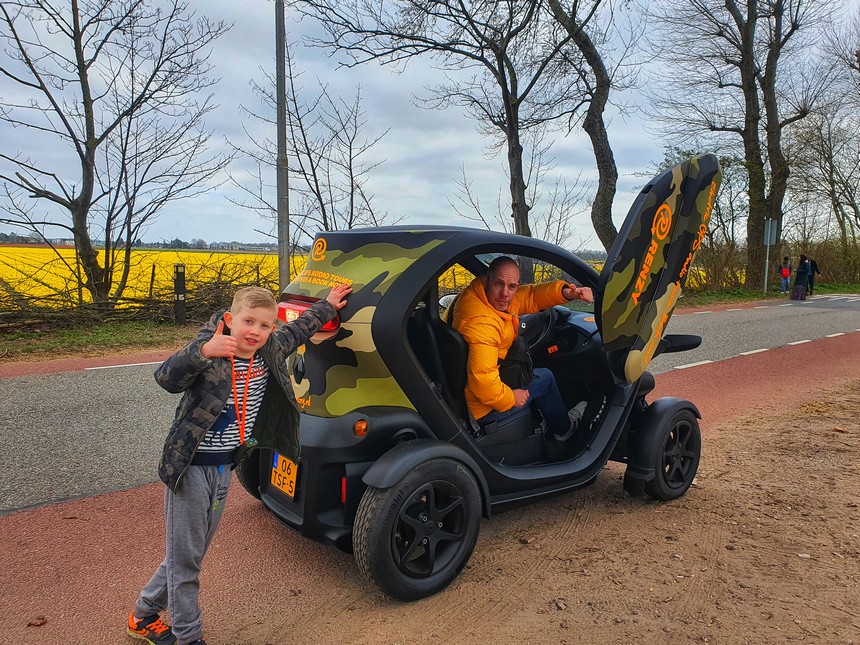 You can count on it that you will attract a lot of attention along the way!

Previous articleIs it safe to visit New York City now?
Next articleRussia is open to tourists from 25 countries without quarantine