Cyprus Weather: When is the Best Time to Relax in Cyprus? 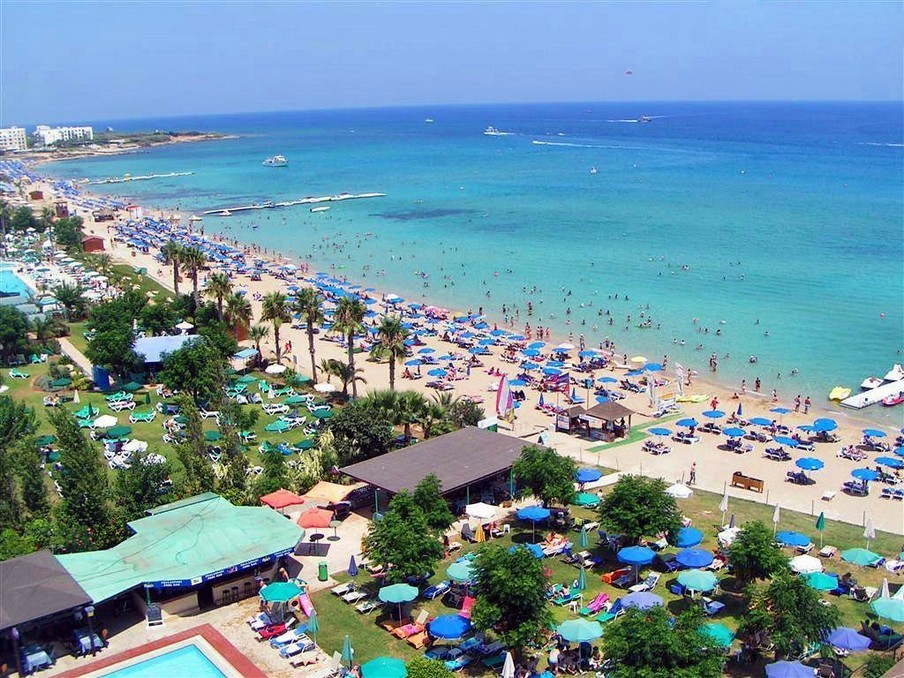 
Cyprus is known to for its developed infrastructure, optimal weather conditions almost all year round, as well as its democratic pricing policy. Despite this fact, not all vacationers know when it is better to go to Cyprus in order to spend their vacation as comfortable as possible.

Climatic features of the island

The ability to engage in certain types of tourism directly depends on the weather. If we talk about Cyprus, forecasters observe about 280-300 sunny days a year on its territory. At the same time, climatic conditions have a favorable effect on the general state of health and allow tourists to enjoy their beach holidays for a very long time. In the hot season, the scorching rays of the sun are not felt so strongly due to the fact that the island is located in a subtropical zone, which is characterized by a humid sea breeze.

During all winter months, predominantly warm weather sets in Cyprus, compared to Russian temperatures during this period. In December, in the area from Paphos to Ayia Napa, the thermometer does not drop below +13 degrees, and the water temperature is about + 14-16 degrees. In January, the weather becomes more humid and intermittent rain is possible. Frosts in winter in Cyprus are extremely rare, so in February the meadows of the island are covered with blossoming flowers and green grass.

The only place where precipitation in the form of snow is possible is in the mountainous regions of Troodos. This creates excellent conditions for skiing and snowboarding. The combination of snowy peaks with freezing temperatures in many resorts attracts many tourists to the island.

Truly spring weather is felt already at the end of winter. This is evidenced by the blossoming orchids and flowering almond trees. In April, the air gradually warms up to + 20-25 degrees, and the sea water also becomes warmer. However, it is too early to swim due to the fact that the water temperature ranges from +16 to +20 degrees. A trip to Cyprus in the spring has several advantages:

At the beginning of May, the beach season officially opens, which lasts for several more months. The average water temperature in May is + 23-25 ​​degrees, and the air heats up to + 25-28 degrees. Tourists are happy to come to the island in the second half of May, as this is a great chance to combine relaxation on the beach with the study of the peculiarities of the local culture.

Warm weather, established at the end of May, is gradually gaining momentum and becomes stable at the beginning of June. Sharp temperature changes are not observed throughout June. The thermometer reaches + 28-30 degrees and remains at this level until the first weeks of July, when the heat begins to intensify.

Midsummer is considered the warmest month, as the air warms up to + 35-40 degrees, which is very critical for those who cannot stand long exposure to the sun. On the other hand, the sea wind softens the heat if it is located directly on the coast. In August, the sun becomes so intense that it is better not to go outside without protective creams.

The coolest summers are typical for Paphos and the Troodos mountains, where in August the temperature is about +28 degrees.

September and October are the velvet season when temperatures are still warm and swimming is possible everywhere. With the arrival of autumn, the vegetation of the island begins to change, filling with new colors, turning into picturesque landscapes. During the day, the air temperature is kept at around + 25-28 degrees, and at night it drops to +22.

The main attractions of tourists until mid-October are beach procedures, evening walks along the embankment, tasting delicious wines and dishes of national cuisine in cozy restaurants and getting to know the traditions of the island.

Starting in November, the resort areas of Cyprus are emptying, and the flow of tourists is significantly reduced. This situation is connected, first of all, with changing weather conditions, bringing with it rains and cold winds.

If you are going to the island not only to swim, then keep in mind that air baths can be taken already at the end of April. This is facilitated by warm weather and hot sand. The high beach season is mid-June and early July. During this time, each hotel offers tourists a variety of water activities, including boating and catamarans, sports games, and professional diving courses.

In August and September, the beaches are filled with tourists to overflowing, so you should first worry about buying vouchers in order to comfortably spend your vacation. At the same time, be prepared for the fact that the cost of your trip may be more expensive than in winter or late autumn. The sea in Cyprus cools down by only a couple of degrees per month, which is one of the main reasons why the beach season here lasts until the end of October.

As in any other country located near the sea, the island has a period when it starts to rain. It cannot be said that the climate of Cyprus is characterized by a sharp drop from one temperature regime to another, but in December the amount of precipitation increases and is 70-80 mm. This is the wettest month.

In January and February, the number of sunny days increases by 1.5 times. It rains less frequently and the cold wind starts to get warmer. The sea is still restless and small waves periodically appear on it.

After winter, there is a seasonal lull, which is expressed in a decrease in precipitation and an increase in warm days with dry weather. In summer, the heat is established throughout the island, and the rains stop altogether.

Diving enthusiasts come to the island most often from May to October. Ideal conditions for diving have been created especially for tourists in all resort areas of the island. Paphos, Polis, Limassol, Protaras and Larnaca annually invite those who appreciate a high level of service and a professional approach to underwater sports. In order to attract Russian tourists, the management of some dive centers offers to use the help of Russian-speaking instructors, which is quite convenient.

Cyprus attracts both professional and novice divers who want to dive to the bottom of the sea and see the ruins of sunken ships, as well as the inhabitants of the underwater world. The most popular diving sites are Green bay, Chapel and Tunnels & Caves.

The holiday season in Cyprus

Going to the island at any time of the year, you will have a unique opportunity to feel the atmosphere of national celebrations, which are often celebrated here. Over a thousand-year history, the Cypriot calendar has accumulated a lot of important events, in memory of which magnificent holidays, processions and celebrations are arranged.

Participating in the festivities will allow you to get to know the customs of Cyprus, which combines different types of cultures with local flavor. Cypriots are happy to invite tourists to festive events and prepare a separate entertainment program for visitors.

When to travel to Cyprus with children

Couples strive to get to Cyprus between May and early October, when the weather conditions are optimal. In general, air and water temperatures remain unchanged throughout the summer months. However, it is worth remembering that, for example, in August and July it can be very hot and precautions must be taken in the event of a child being exposed to the sun. Recently, the management of most hotels has been installing sun loungers on the beaches, saving from the scorching sun.

June and September are perhaps ideal for a vacation with young children. In the morning and in the afternoon you can swim and sunbathe, and in the evening go to the water park or local taverns to taste delicious dishes. The snow-white coast of Larnaca and Protaras rightfully takes the lead among the favorite places for family vacations.