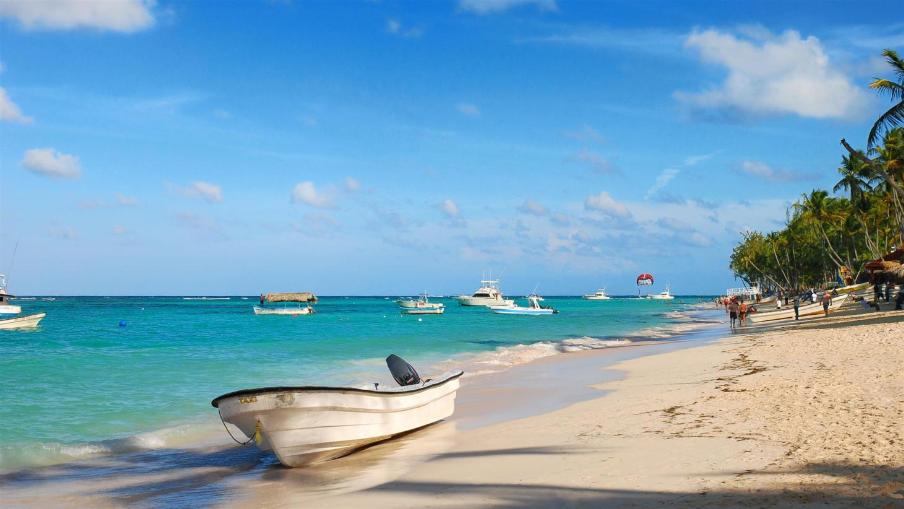 Punta Cana is the most popular resort located on the east coast of the Dominican Republic by the Atlantic Ocean.

It is always warm here: you can relax and swim all year round. But the best time to visit the Dominican Republic is the winter months. Many people specifically prefer January-February, when it is relatively cool here (but not lower than 25-26 degrees Celsius): this is the best time for sightseeing. However, there is always a breeze on the coast, so there is simply no sweltering heat here.

Punta Cana stretches for almost 50 km along the coast, and here you can find places for any, the most demanding taste. There are coral reefs and beaches with huge ocean waves ideal for surfing. There are noisy city beaches, where life and fun do not subside until late at night, and there are completely semi-wild places where you can be alone with nature. There are five-star hotels with a huge territory – and modest bungalows by the water. There are several water and amusement parks: you can swim with dolphins and sharks, go down into the depths of caves, feed parrots and iguanas. There are shopping malls and nightclubs. Wherever you stay in Punta Cana, there is something interesting everywhere. 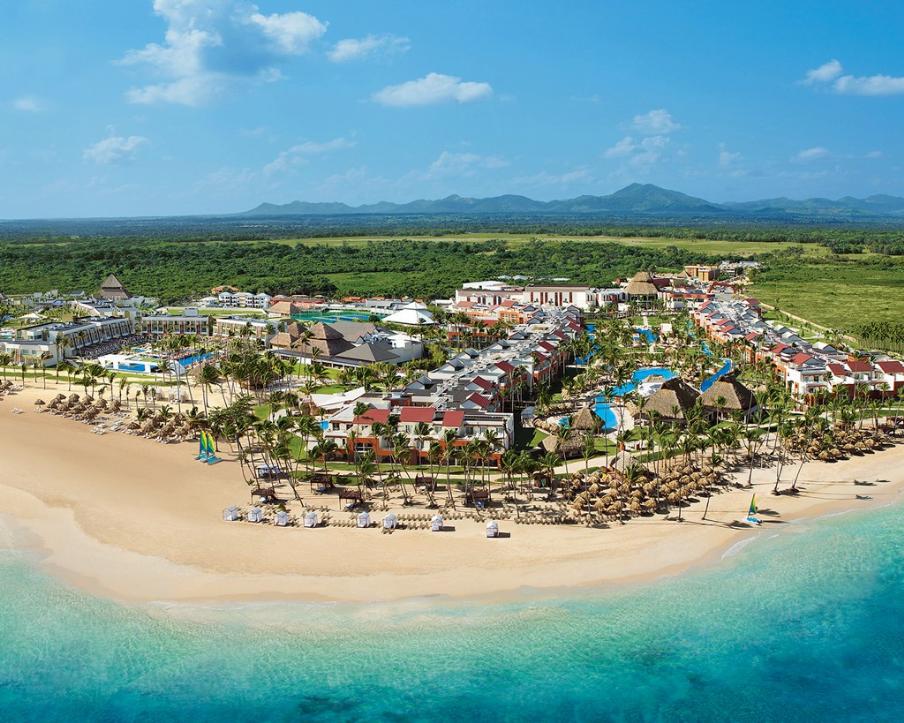 Most often, the province is not divided into municipal areas – tourists are not interested in this, but along the most popular and interesting beaches that are located along the resort area. If you look from north to south, then these will be:

The cost of living in Punta Cana can vary greatly depending on the location of the hotel: 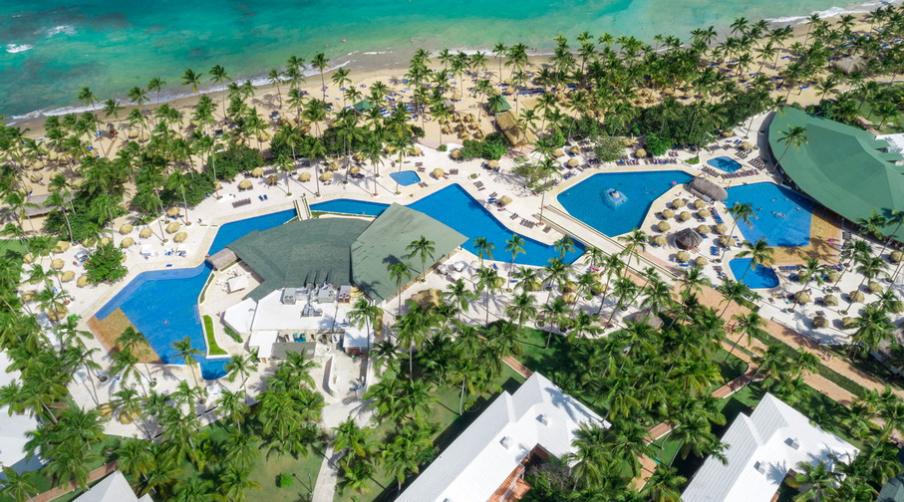 Uvero Alto is the northernmost beach in the province, characterized by its deep yellow, bronze sand – and huge waves. This is a center for surfing and kiting, where you can learn and rent any equipment. The Grand Sirenis Punta Cana Resort Casino & Aquagames has a water park and casino. A little to the north is Rancho Caribeno, an equestrian center with well-groomed and beautiful horses suitable for both beginners and experienced riders. This is a real mini-ranch with goats, chickens, pigs: a mini-zoo that will be interesting for children. The attraction of this beach is the Taino Shop – an art gallery with items in the style of the Taino Indians, the pre-Columbian population of the Dominican Republic.

Perhaps the only drawback of the resort is that the infrastructure here is almost completely exhausted by hotels. No city life, large supermarkets, noisy embankments – there is where to walk, but it will be a walk in nature almost alone, and not around the city. There is also nightlife – but these are also night and evening bars, casinos and show programs at hotels. 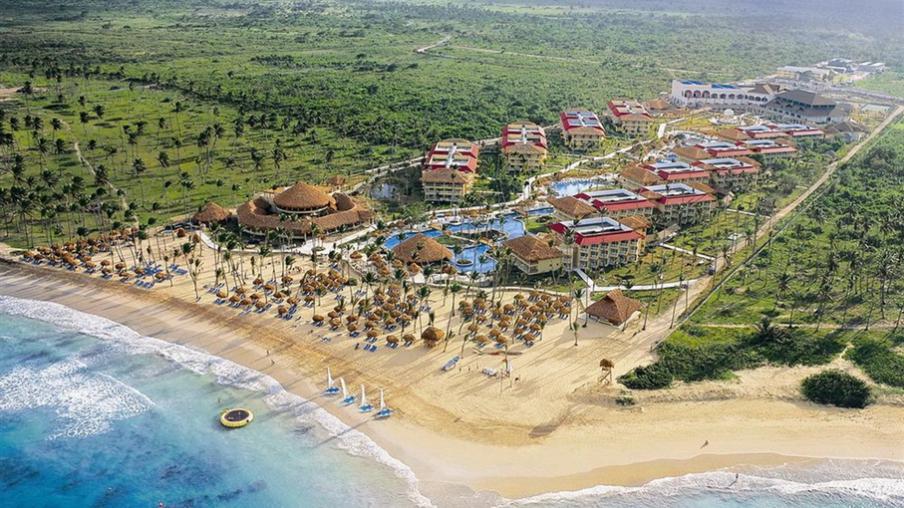 A five-kilometer beach located in a lagoon near the village of El Macao. It is very curved, so there are areas with and without waves. The northern part of the beach, which houses the Macao Surf Camp sports club, is very popular with surfers. Macau Beach is often marketed as “wild”, but in reality this is not entirely true. It’s just that until recently there really were no large hotels on the coast, but only small hostels in the village. Now the area is changing rapidly: construction of large hotels is underway. But the beach is really still almost completely public, and closer to the eastern part, where the sea is quieter, the local population likes to relax. There are sun loungers and restaurants on the shore (although the toilets are still only at restaurants), the beach is regularly cleaned of algae.

In the village of El Macao itself, there are no attractions, only a few shops. There are no evening entertainment either, so in a sense this is really the wildest, but also the most budgetary vacation spot in Punta Cana. 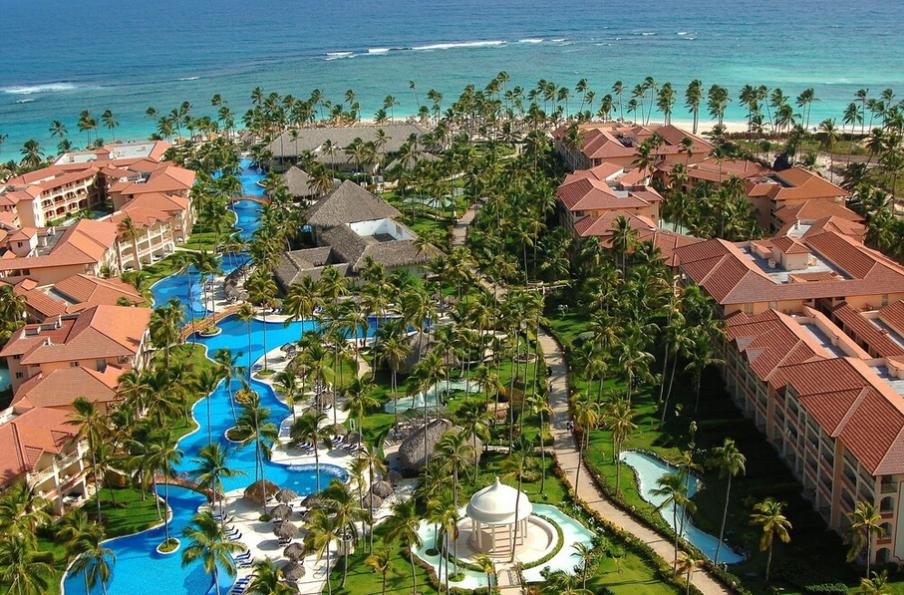 The next beach is Punta Cana. It is considered the widest in the province, and its sand is the whitest in the Dominican Republic. It is almost entirely divided between hotels. At the same time, of the civilized and well-equipped beaches, it is the quietest: the main fun begins to the south. The further south, the more people are, and the higher the prices for souvenirs and food in coastal restaurants. The Gorda Arena is much cleaner than Macau, the algae are removed more quickly. There are high waves here, so it is great for surfing.

In this area there is Splash Water Park at the RUI Resort complex. The complex includes five hotels, for the visitors of which admission to the water park is free. The water park has a children’s area with slides and a shallow pool, and there are several adult speed slides, such as the classic Kamikaze slide.

It also houses one of the most popular nightlife spots in Punta Cana – ORO Nightclub. This is a huge club with several dance floors, professional show lighting, LED screens and the most popular music. 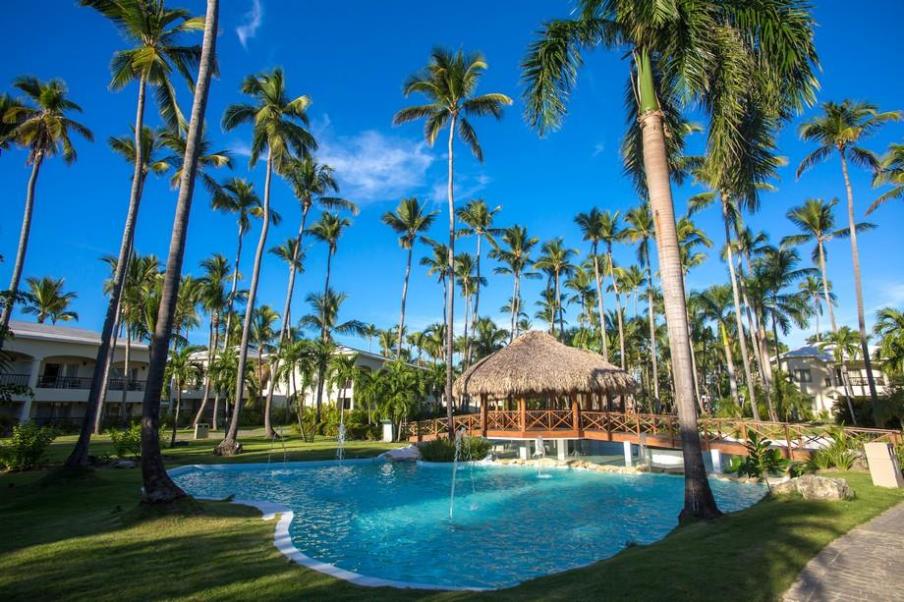 Municipal beach in the center of the village of El Cortesito. This beach is for those who prefer noisy fun, constant entertainment and crowds of people – both tourists and locals. There are hotels here both on the first line and on the second or third. Near the embankment there are many green areas, ponds in which swans and ducks live, so it is pleasant to walk here.

This is a great place for shopping. There are even “Russian shops”, the main advantage of which is that the staff there speaks Russian, but the prices are usually very high. The main shopping center here is El Cortecito Flea Market. This is the local flea market where you can buy anything. There are several full-fledged shopping complexes with supermarkets and food courts: Plaza San Juan Shopping, Center Palma Real Shopping Village. 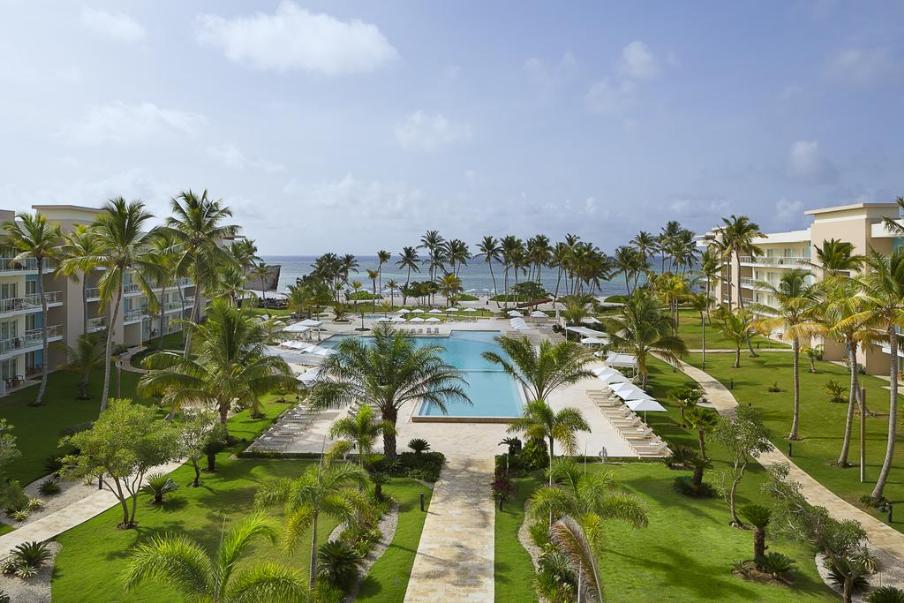 The most popular beach in Punta Cana and also the closest to Punta Cana airport. If you do not like long transfers, then Bavaro will be the best choice. Bavaro is the center of snorkeling: there is a coral reef just opposite the beach. The reef protects the beach from strong waves, that is, it is very comfortable to swim with children here, and for surfing, it is enough to drive a couple of kilometers to the south or north. Bavaro has a Blue Flag.

On the shore there is a water amusement park – Ocean Adventures Punta Cana. Here you can dive with sharks, swim with dolphins, learn to dive, rent any sports equipment, travel on pirate ships. To the south is the Laguna Bavaro Nature Reserve. Rare birds nest here, you can fish with a rod and see the real, untouched by man, nature of the Dominican Republic.

Another natural park is located a little further from the coast, but also very close to the Bavaro beach – this is Monati Park. There is a free shuttle service from most major hotels. It is rather a huge zoo: here you can see birds, turtles, feed parrots, chat with iguanas. One of the locations is the Taino Indian theme park. The ticket price includes shows with animals that are regularly shown in different parts of the park: shows of horses, parrots, dolphins and fur seals.

On the promontory that borders the Bavaro beach from the south, there is another entertainment water center of Punta Cana – Seaquarium Punta Cana. There are also shark diving, catamarans and water slides. This park offers special diving technology that is safe and affordable for those who do not have diving certificates.

The city of Punta Cana, the capital of the province, actually grew up next to and serves a huge airport. If you wish, you can also stay here: in the city itself there are five-star hotels near the coast, and there are budget accommodation in the depths of the quarters. If you use a car, it is easy to get from there to the beaches, which are located north or south of the city itself. There is nothing to see in the city itself, and even all large shopping centers are located closer to the beach areas.

There are waves on this coast, so there is a kiting center on the coast, there are golf courses – in a word, the beach here is quite equipped, but there are no crowds of tourists like on Bavaro. 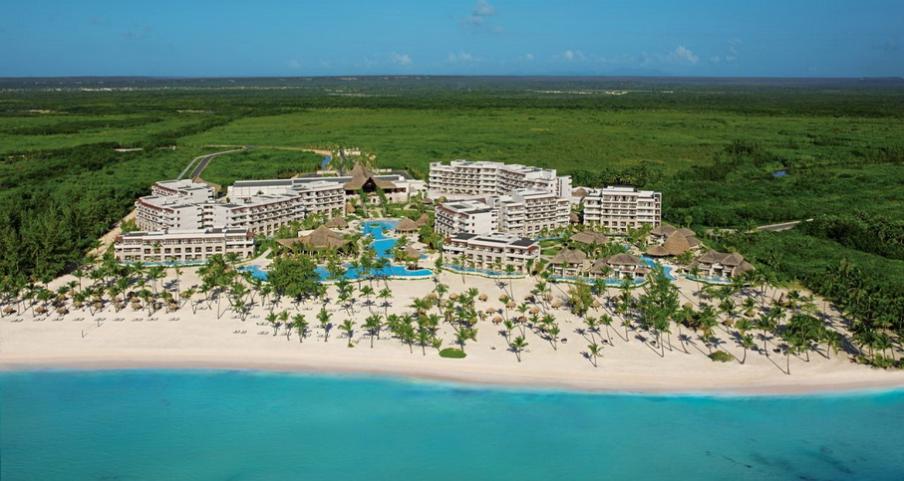 South of Punta Cana is the closed and most expensive area of ​​the resort – Cap Cana, with its round yacht harbor. It has a reputation as a “millionaire beach”. Its beach is called Juanillo. This is the southernmost beach in the province, practically on the border of the Atlantic Ocean and the Caribbean Sea. As a rule, they are taken here with excursions as to the most beautiful beach in all the surroundings. He is really very nice and well-groomed.

There are several interesting places next to it – in fact, they all represent one complex. This is the small beach of Cabo Engano next to Marta Linda Ranch, another equestrian center in Punta Cana. And the center of overland entertainment – Scape Park. It offers excursions to two nearby caves, as well as walks over the jungle on the Zip Line cable car.