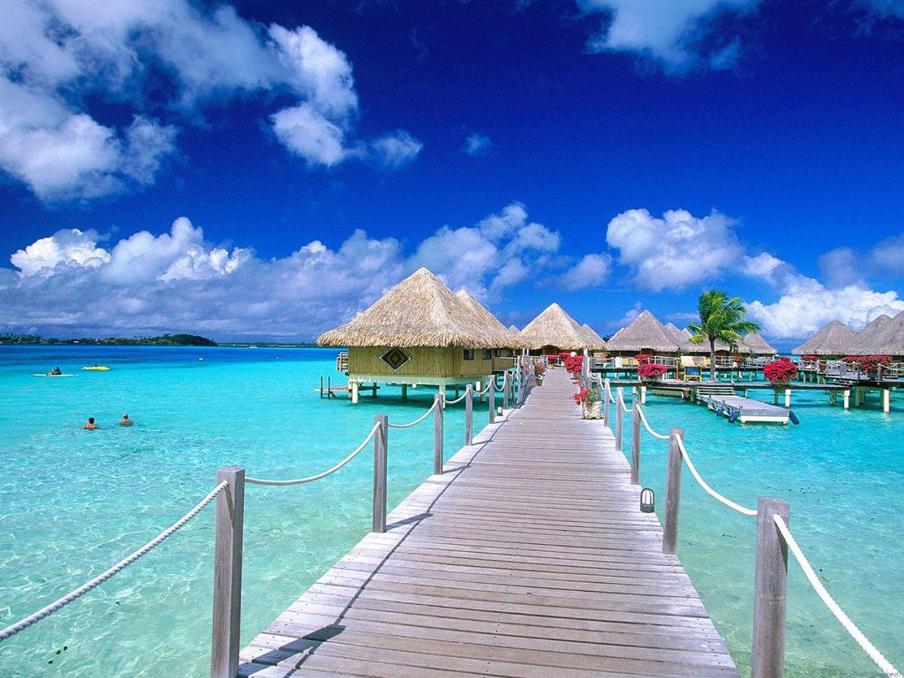 Bali is one of the Indonesian islands, which many travel agencies position as a paradise on Earth. To be convinced of this, book a hotel in trendy Seminyak, where fashionable beauties from Jakarta, writers from the United States, athletes from Australia, businessmen from Hong Kong and other interesting audience rest.

First of all, go to the Drop Bar, where you can find out everything about everyone, dine at the pretentious Metis restaurant, buy a trendy outfit at the Horn and dance until the morning on the beach at La Barca, decorated as an old one broken by pirates. ship. In the morning, the sun awaits you, tanned surfers on azure waves, world famous beaches.

For two days it is sacred to believe that you are in paradise. And then it gets boring. Where to go in Bali, how to spend your time? What entertainment does this island offer? 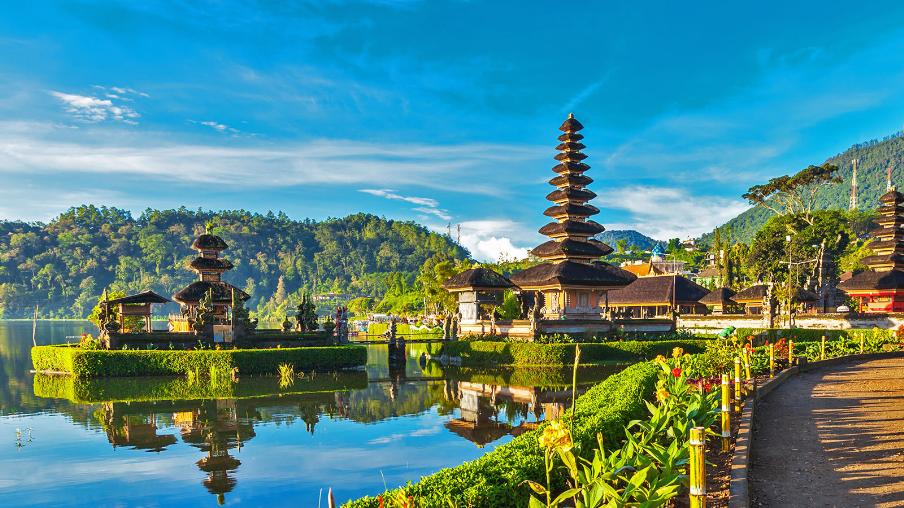 Bali Island stretches from west to east for 150 km. This means that from one of its coasts you can easily get to the opposite one during the day, and then come back again. You don’t need to take any special steps to get to know the local architecture. Temples, small sanctuaries, altars with bizarre roofs and stone carvings are everywhere: near hotels and restaurants, on deserted beaches, noisy markets, on the shores of lakes, in the jungle, on the slopes of volcanoes. Even the Balinese themselves cannot count how many temples there are on their island. Huge numbers are named – 20 thousand.

The most popular shrines stand out from the crowd of standard temples. For example, near the western coast of Bali there is a small island, which is surrounded by water on all sides at high tides. It is completely occupied by the Tanah Lot temple, which is called the Serpent, since poisonous snakes act as guards here. The enterprising Balinese allow tourists for a few dollars to look at the hole-pits where the snakes are kept. Wide stone stairs lead to the sanctuaries. Foreigners are not allowed to enter the territory of the temple, but some couples manage to negotiate with the caretakers of the sanctuary and visit the middle. They say that the patroness of the Tanakh Lot is the sea goddess, who loves to separate lovers. Couples who ventured to visit the temple experience their feelings this way. The island on which the temple is located was once part of Bali. According to legend, he broke away from the “mainland” by order of the brahman Nirarthe, against whom the local residents took up arms. Seeing the breakaway island, the Balinese paid tribute to the brahmana and built Tanah Lot on a small piece of land. According to many travelers, this is the place to see the best sunsets in Bali. It gets dark early on the island – from 5:30 pm to 6:30 pm, so don’t be late.

No less famous is the temple of monkeys – Pura Luhur Uluwatu near the resort of Uluwatu. Hundreds of macaques live here permanently, who feel like masters and consider it their duty to steal from gape of tourists what is bad. It is impossible to return the lost things, none of the locals will take prey from the tailed beasts.

Once in Bali, you should definitely see the main local temple, Pura Besakih. A huge temple complex is located in the center of the eastern part of the island. A reference point can be the Agung volcano – the most revered place in Bali, where, according to local beliefs, the navel of the earth is located. 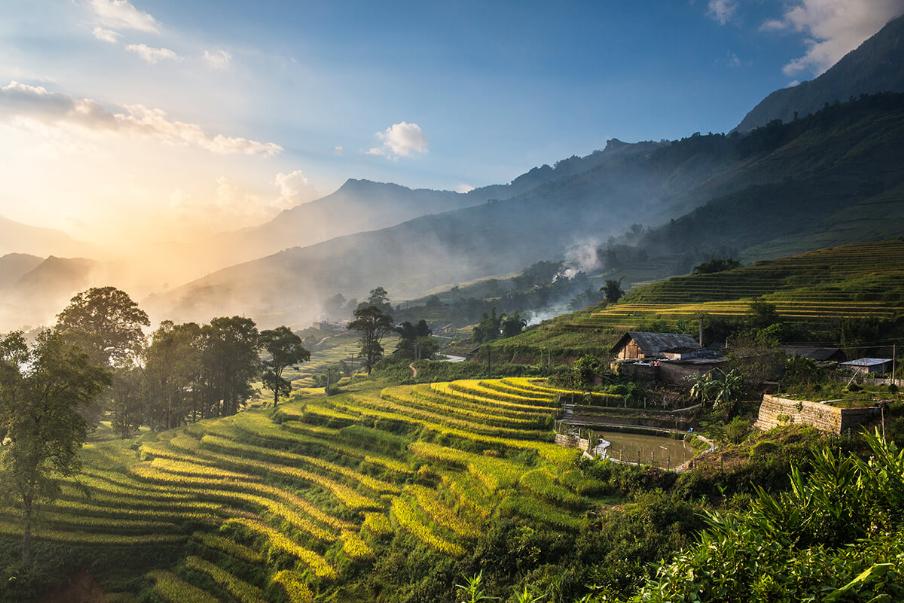 Bali is not only about temple architecture, sea and beaches. You just need to open your heart to the island, and he himself will show all his secrets. Where else can you go to Bali? 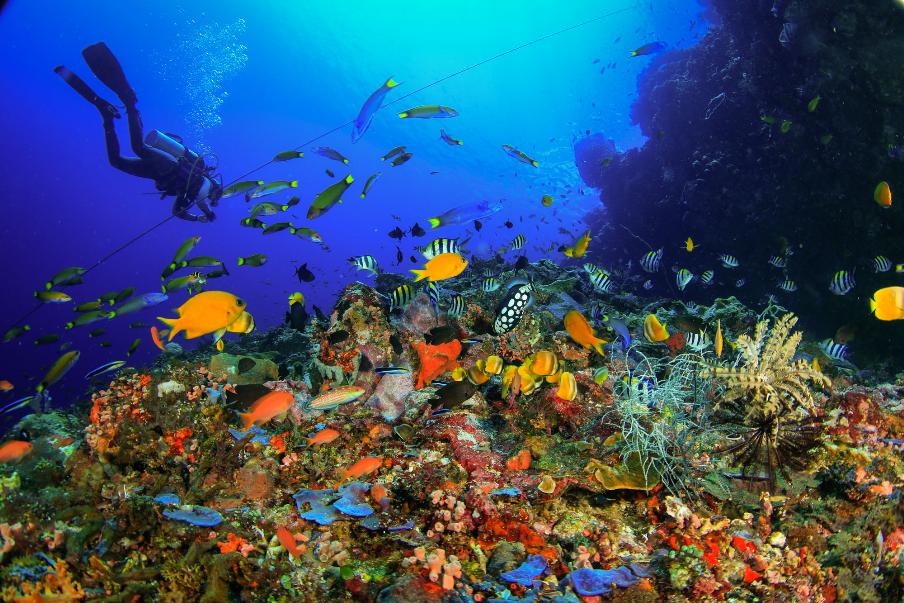 Most tourists who come to Bali dream of a beach holiday, the main components of which are the warm sea, clean beaches, the presence of sun loungers and, as a bonus, bright cocktails with umbrellas. But a couple of days of idleness – and is ready to conquer the depths of the sea and subdue the waves. Moreover, there are enough people on the beaches of Bali, real enthusiasts of their business who do not part with a mask, scuba diving or surfboard. You involuntarily take an example from them.

Bali is considered a mecca for surfers. You can ride the waves here at any time of the year: the Indian Ocean, washing the coast of Bali from the south, allows it. Surfers from Australia even come here, who are attracted by the fact that there are no sharks near the trendy Balinese resorts. Experienced wave conquerors prefer to ride in Uluwatu, newcomers hang out in Kuta, where there is no risk of getting hurt by corals, because they simply are not here. There are many surf schools on the island. There are also those where the instructors know Russian. These include Take Off Surf Club and Endless Summer.

For the best diving and snorkeling, you should go to the south-west of the island, where anyone will be transported by a fishing boat to the Menjangan island. Along its coast there are openwork coral reefs, where large napoleon fish swim majestically, various trifles dart around, and meter turtles hang in the water. The water is clear, you can see it many meters ahead. If you get tired of swimming, you can go to explore the island, which is called Deer. It is empty and deserted, covered with dry grass and low bushes. Local attractions include only one temple and the nearby ancient house of the caretaker.

Quite good dives await guests in Bali – opposite the island of Menjangan. There is a national park – the only one on the island and so interesting. The luxury hotel “Menjangan Resort” is located right on the territory of the protected area, surrounded by mangrove thickets. It is very interesting to swim in mangroves, observing small marine life – bright, fearful, nimble.

In the south of the island, interesting diving sites are located near the villages of Padang and Chandi Dasa. Beginners can be advised to attend several activities at the dive centers scattered throughout the island. 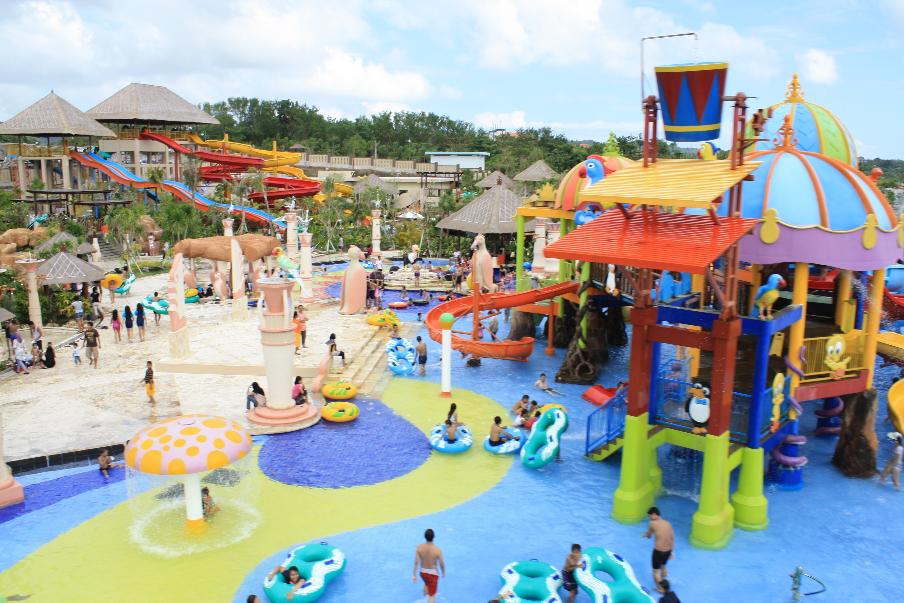 Children must be taken with you to Bali. All conditions for excellent rest are created here for them. If you come with kids, book a hotel in Kuta or Omed. The beaches there are wide and comfortable, and the sea near the coast is shallow, so it warms up well. While swimming, dolphins can often be seen frolicking in the depths. There is a wonderful water park “New Kuta Green Park” in Kuta, where you can spend the whole day. and the next dream to return there. There is another water park in Bali – “Waterboom”, which is more modest in size, but still delights the kids.

Curious kids will be able to get answers to many questions that they have while traveling around the Indonesian island. To do this, it is worth enrolling them in the Green Camp, where experienced instructors spend the whole day with them interesting and informative lessons in different parts of the island. The child is taught to make bungalows, pluck coconuts, make strong rafts, and then test them, independently draw fire if there are no familiar matches at hand. After the first lesson, the kid will ask for a couple more. Children are supervised, so their parents can devote their free time to themselves and their hobbies.

Bali has long been home to many Europeans who moved here with their children. The offspring needed to be entertained and taught, so the visitors organized their own educational centers and schools, where, for example, you can learn the basics of yoga. Children of tourists arriving in Bali can also attend such courses. The most famous is the “Painbow Kids Yoga” school. There are also children’s schools in Bali for teaching the art of conquering the waves. Pay attention to “Odyssey Surf”.

For those kids who want to be lazy and not study, there is an elephant ride in the Taro Park and a visit to the turtle farm, which is located in the vicinity of Tanjung Benoa. Several large pools contain small turtles and adults to take pictures with.