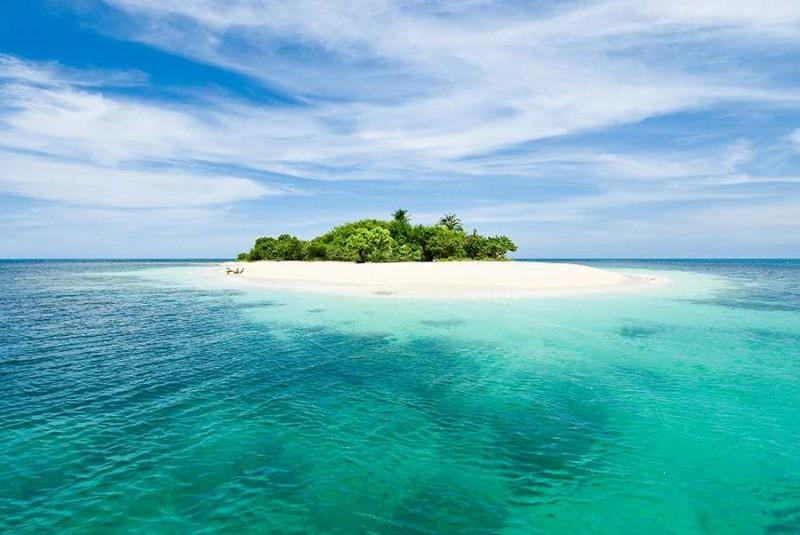 In 1704, the Scottish sailor Alexander Selkirk was landed on the island of Mas-a-Tierra at his own request. He lived there for the next four years, and his story was the basis for Daniel Defoe’s novel Robinson Crusoe. If you decide to follow the sailor’s example and seclude yourself on the island, you’ll need to put a lot of effort to find a similar land: since 1877, people began to live permanently on Más a Tierra, and after it was renamed Robinson Crusoe Island in 1966, hordes of tourists rushed to it.

Find a land where no man has set foot, of course, hardly possible, but to get acquainted with the pristine nature and visit isolated from civilization—it is quite possible. We found 10 secluded islands, where you can feel like a real Robinson, if only for a couple of hours.

This is a group of islands located south of New Zealand’s South Island. If anyone ever lived here, it happened somewhere in the 13th-14th century—that is the age of the findings from Enderby Island, which, in their opinion, belonged to the Polynesian settlements. At the moment, the islands have no permanent residents, and the only visitors to the territory are scientific expeditions.

The islands’ climate is harsh enough, and the temperature is kept at around marks of + 5-7° C, only in summer sometimes rising to + 11-15 ° C. But even in such conditions it is quite possible to survive, as evidenced by the experience of seafarers in the late 19th early 20th century, who were repeatedly shipwrecked in the area and for a long period lived on the islands of the archipelago.

Almost untouched nature can be found in the archipelago Ang Thong, which is located about 30 km from the island of Samui. It was untouched until the 40 islands of the archipelago were included in the national park Mu Ko Ang Thong and began to take tourists. But despite this, all but one of the islands remain uninhabited. The population is only on the island of Ko Palua. Sea gypsies live there who make a living solely by fishing.

The island is about 20 kilometers southeast of Lord Howe Island. The stone spire, 562 meters high, is the remnant of an ancient volcano that formed about 7 million years ago. Bolla Pyramid is considered one of the most isolated stone islands in the world.

Since 1965, the island was actively visited by climbers. The conquest of the summit continued until 1982, when the Australian authorities forbade climbers to visit the island. In 1986, the island was closed to visitors, and you need a special permit to land on the rock.

Volcanic island in the Pacific Ocean is the most remote and isolated province of Costa Rica. It is located 523 km from its west coast. It is a 24 sq. km piece of wilderness where some scenes of “Jurassic Park” were filmed and where pirates hid their treasure. In order to preserve biodiversity and unique nature, the island has been made a nature reserve.

Although the island is considered uninhabited, there are still a few inhabitants here. There are rangers living on the island at all times, who monitor the park and give tourists permission to go ashore.

All but the largest island of the Canton Archipelago, with 31 inhabitants, are uninhabited. After their discovery in the 19th century, guano mining was practiced for some time on the islands. This activity only caused damage to the flora and fauna and workers made Polynesian rats permanent inhabitants of the island. In 2008, the island became a protected area. The Phoenix Islands are now the world’s largest marine reserve at 410,500 square kilometers. In 2010, the islands were inscribed on the UNESCO World Heritage List.

The Mamanuca group of islands is considered one of the most popular tourist areas in Fiji. The archipelago consists of 20 islands, and many of them have resorts, but several islands remain uninhabited. This is mainly due to a lack of drinking water. The most famous uninhabited island in the group is tiny Monuriki, where the movie “Outcast” was filmed.

The largest uninhabited island in the South Pacific occupies a land area of 118 square kilometers. For many years the island was inhabited by indigenous people, but almost 200 years ago they left it, moving to other islands. Now the island is used as a tourist attraction, and for the few who want to stay almost one-on-one with nature here built thatched huts.

The Maldives consists of approximately 1,190 coral islands. About 200 of them are inhabited by Maldivians. Another 100 or so have been developed by luxury hotels. The remaining islands remain uninhabited, allowing almost every resort to offer a Desert Island service, where hotel guests are taken to the nearest uninhabited island.

It is the second largest atoll in the world after Christmas Island. The island is a nature reserve of global significance. The island is home to a unique population of giant tortoises. In 1982, Aldabra Atoll was added to the UNESCO World Heritage List. The island is one of the few remaining coral atolls on the planet that is virtually untouched by civilization.

The islands, covered with dense vegetation and resembling mushrooms from the air, are the main attraction of Palau. They are famous for their beaches and clear blue lagoons. Most of them are inhabited only by rare birds and animals.